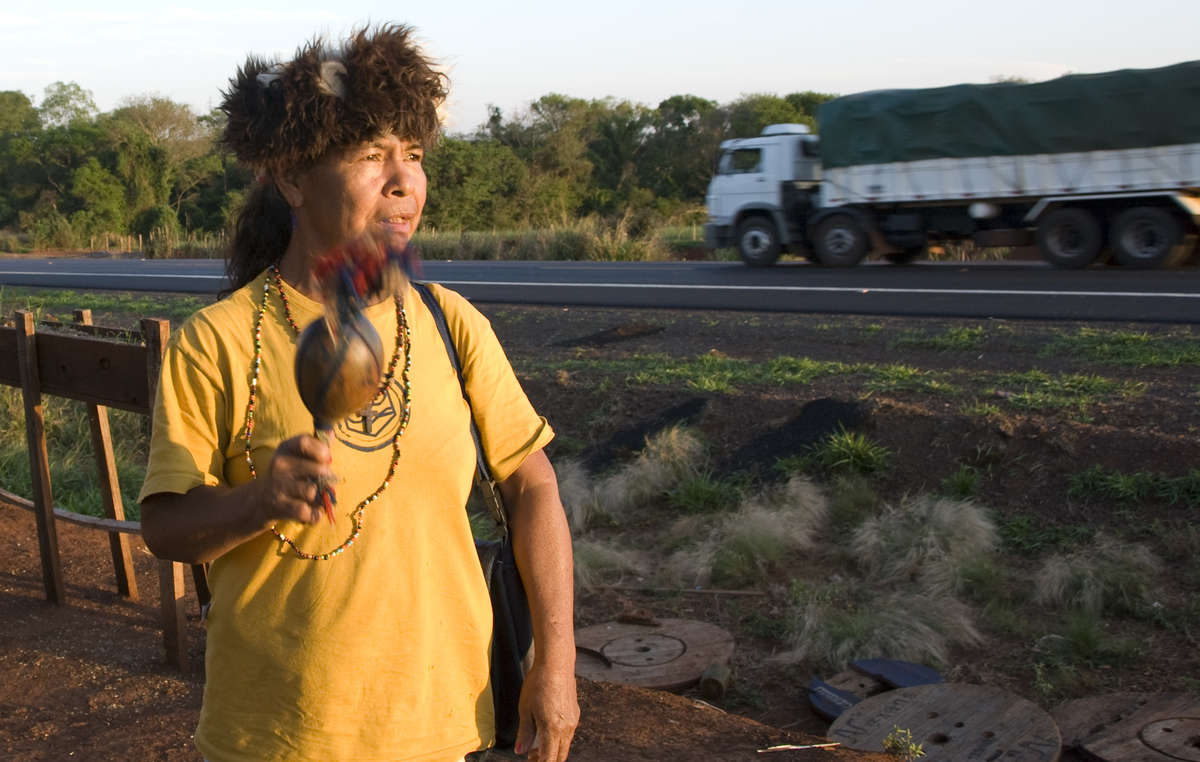 Damiana Cavanha, Guarani leader. Five of her relatives have been run over and killed. © Fiona Watson/Survival

Public prosecutors in Brazil have called on the government to pay 1.4 million reais (US$ 630,000) in compensation to Guarani Indians and to install road signs, after eight Indians from one community were run over and killed.

For decades the Guarani of Apy Ka’y community were forced to camp on the side of a perilous main road after they were evicted from their land, which is now occupied by a vast sugar cane plantation. Last year they reoccupied a part of their territory, but the road remains a serious threat.

Five of the hit and run victims were relatives of the community’s leader, Damiana Cavanha, who has been campaigning for the Indians’ ancestral land to be returned to them. The youngest victim was four years old.

Damiana believes they are being deliberately targeted by vehicles belonging to the ranchers occupying their land.

Public prosecutor Marco Antonio Delfino de Almeida went to court to force the state to install road signs and speed warnings on the road near the Guarani. The court rejected his request and the government declared the road “safe”. “Indians in this state are not even worth a traffic sign”, Delfino told the UK’s Sunday Times.

Public prosecutors have also recommended that the Brazilian government’s Indigenous Affairs Department, FUNAI, be fined 1.7 million reais (US$ 770,000) for its failure to map out and protect the land of Apy Ka’y and many other Guarani communities, as ordered by the constitution and an official agreement on Guarani land demarcation signed in 2007.

Forced to live in overcrowded reserves and roadside camps, the Guarani suffer alarming rates of malnutrition, disease and suicide, and their leaders are targeted and killed by gunmen employed by the ranchers occupying their land.

Delfino de Almeida said, “This is comparable to real human confinement… the Guarani live in terrible conditions, risking the most precious thing they have: life itself.”

Damiana Cavanha told a researcher from Survival International, the global movement for tribal peoples’ rights, “We are refugees in our own country… We have lost everything, except the hope we will return to our ancestral land.”