Despite a 2006 court ruling, the Bushmen have struggled to secure their rights © Survival International

Despite ever increasing profits from multinational diamond mining operations in the country, Botswana’s Bushman communities continue to suffer.

Last week the second-largest diamond in history was discovered close to the Central Kalahari Game Reserve, the recognized ancestral homeland of the Bushman people. Botswana has been keen to publicize its considerable diamond-derived wealth to the world’s media, but coverage has so far ignored the ongoing violations of the Bushmen’s human rights.

The Bushmen were evicted from their land just over a decade ago. In a landmark 2006 court case they officially won the right to return to their homes in the reserve. Despite the ruling, the majority of the tribespeople have been prevented from living there. For those who are there, life has been made nearly impossible. Government ministers and mining corporation Gem Diamonds have separately promised to create several new boreholes for water in the territory, but most Bushmen still have no access to clean drinking water. 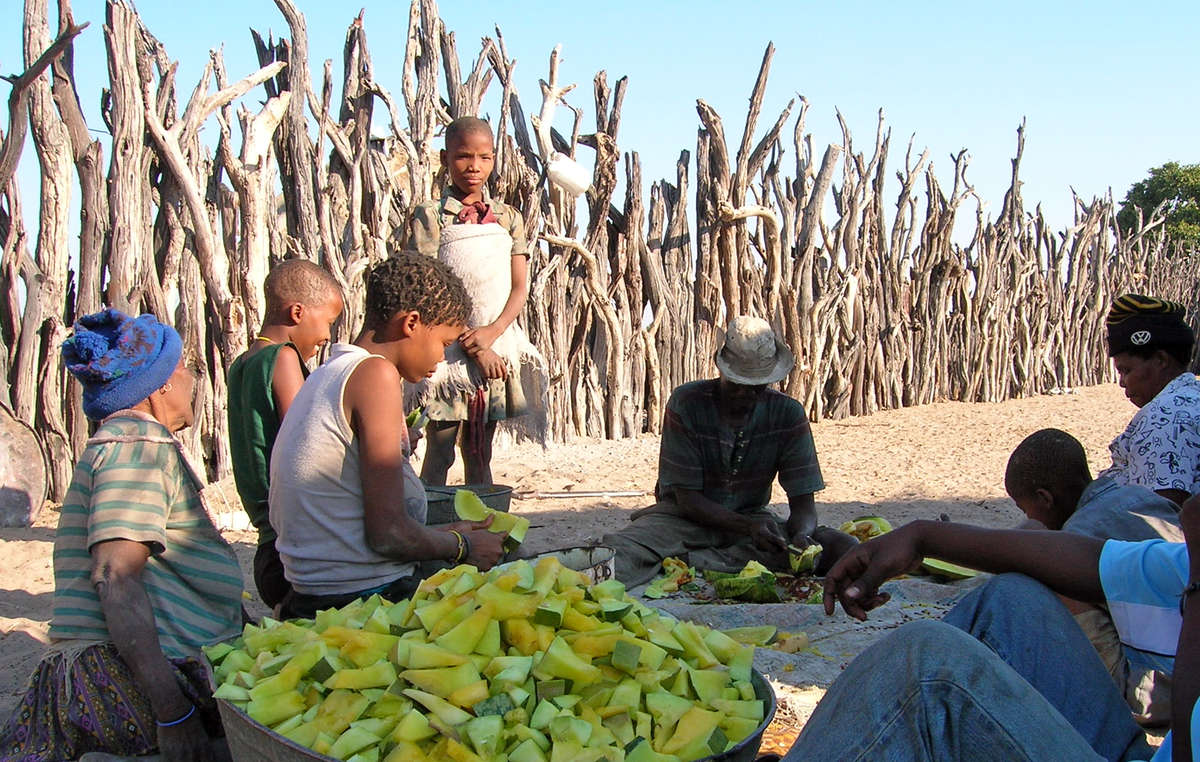 Botswana implemented a nation-wide hunting ban in 2014, which has made life almost impossible for the Bushmen. They face arrest, beatings and torture at the hands of paramilitary police and state-funded wildlife scouts, and are accused of “poaching” because they hunt to feed their families. This is all in spite of the 2006 ruling recognizing their right to hunt in the reserve.

The Botswana government has declined to use the resources it derives from diamond mining to support the Bushmen, instead spending lavishly on visits from foreign dignitaries, sponsored content, and advertising campaigns. Next year, a Hollywood film starring British actor David Oyelowo will be released about the life of the country’s first president.

Survival International has campaigned extensively for the Bushmen’s right to live in the reserve and to be treated as human beings by their own government. However, their lawyer Gordon Bennett has been barred from the country and is therefore unable to enact legal proceedings to see that their rights are upheld.

Survival director Stephen Corry said: “The media has been so dazzled by this find that Botswana has easily hidden the real victims of its diamond fever. Bushmen’s rights are still violated by a government that thinks itself too powerful to obey its own High Court. In the run-up to the 50th anniversary of its independence next year, Survival will be doing all it can to make sure the abuse of the Bushmen is not forgotten in the hope that Botstwana’s most dispossessed citizens will start being treated justly.”