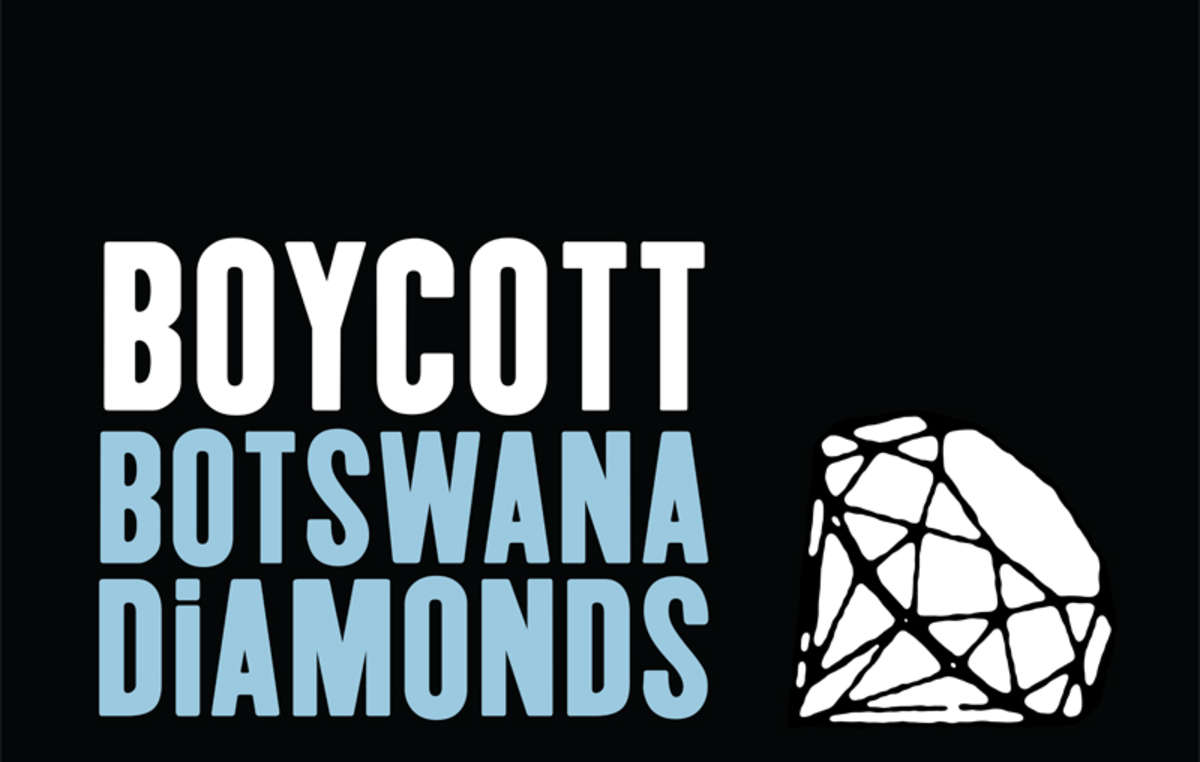 This page was last updated on November 2, 2010 and may contain language which is now outdated.

Survival will tomorrow call for a boycott of Botswana diamonds over the government’s treatment of the Kalahari Bushmen. The tribal peoples’ rights organization is also urging the public to boycott tourism to Botswana.

The diamonds boycott will be launched with a protest and letter hand-in outside De Beers’s flagship diamond stores in London and San Francisco tomorrow. De Beers is part-owned by the Botswana government.

Gillian Anderson, Quentin Blake, Joanna Lumley, Sophie Okonedo, and Mark Rylance are amongst the celebrities who have pledged not to travel to Botswana or wear its diamonds until the Bushmen are allowed to live on their ancestral lands in peace.

Celebrated jeweller, Pippa Small, said, ‘As jewellers we have for years made sure that we do not use blood diamonds.  Now we also need to boycott Botswana diamonds until the Bushmen are allowed to live and hunt freely on their land’.

In 2002, the Bushmen were illegally evicted from their ancestral lands to make way for diamond mining. At the time, the government denied a significant diamond deposit on their land existed. However, eight years later, Gem Diamonds, which bought the concession from De Beers, is in negotiations to construct a $3.3 billion mine at one of the Bushman communities.

While Gem Diamonds, in which jewellers Graff has a stake, pushes forward with its mine, the Bushmen are being starved off their lands. Despite winning a high-profile legal battle allowing them to return home, the Bushmen have been banned by the Botswana government from using a well which they rely on for water, and are prevented from hunting for food.

At the same time as denying the Bushmen access to their well, the government drilled new ones for wildlife only, with funding from the Tiffany & Co Foundation. It also allowed ‘ethical’ travel company, Wilderness Safaris, to open a luxury tourist lodge on Bushman land, complete with bar and swimming pool.

Survival’s director, Stephen Corry, said today, ‘Botswana’s diamond industry is the ‘Siamese twin’ of the government. People should know that far from being an expensive token of eternal love, Botswana diamonds are a symbol of the nasty oppression of southern Africa’s first people’.