The Guarani are forced to make a perilous river crossing using a narrow cable to get food supplies. © MPF/Survival

A Judge has ruled that the Guarani can remain on this small patch of their ancestral land, until the land demarcation is complete and the Indians can reoccupy the rest of their territory.

A group of Brazilian Indians who endured violence and death to return to their land have made a dramatic appeal to the government after learning that they face eviction once more.

The 170 Indians, members of the 46,000-strong Guarani tribe in Brazil, have suffered several brutal attacks since going back to a small part of their ancestral land. The Indians’ territory, known as Pyelito Kuê/ M’barakai, is now occupied by a ranch. The Indians are surrounded by the rancher’s gunmen, with little access to food or health care.

Last month a judge ordered their eviction. Now the Indians have declared in a letter, ‘This ruling is part of the historic extermination of the Indigenous peoples of Brazil. We have lost hope of surviving with dignity, and without violence, on our ancestral land… We will all die soon.

‘We want to die and be buried with our ancestors right here, so we ask the government and the justice system not to order our eviction, but to order our collective death and our burial here. We ask, once and for all, for our slaughter to be ordered, and for tractors to dig a big hole for our bodies.

‘We have decided, all together, not to leave here, dead or alive.’

Four Guarani from the community have already died since the reoccupation: two from suicide, and two following attacks by gunmen. 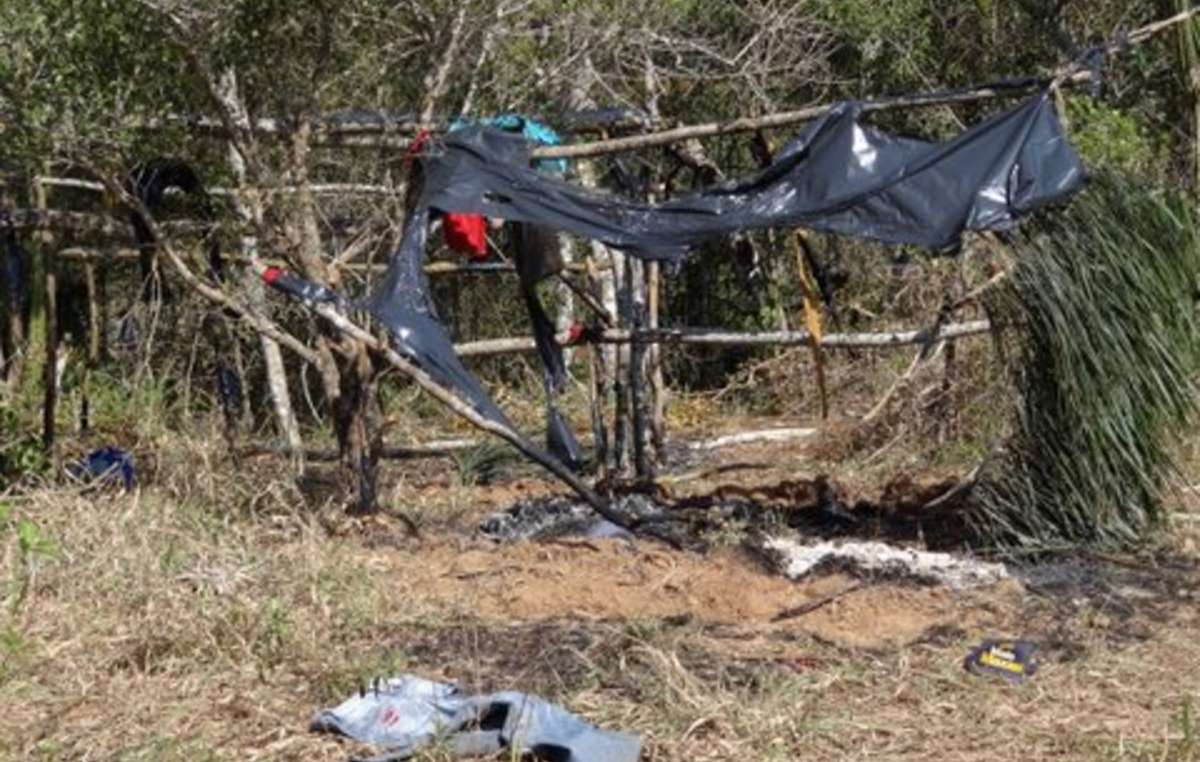 The remains of a Guarani hut, burnt down during a violent eviction. © MPF/Survival

FUNAI, Brazil’s Indigenous affairs department, which is responsible for mapping out Guarani land, and demarcating it, says it is working to overturn the eviction order.

The huge delay in its demarcation program means thousands of Guarani are living in overcrowded reserves and camped on roadsides, with little access to food, clean water and health care. They suffer one of the highest suicide rates in the world: recent government statistics show an average of one Guarani suicide every week for the last ten years.

Guarani anthropologist Tonico Benites said, ‘Guarani suicide is happening and increasing as a result of the delay in identifying and demarcating our ancestral land’.

Survival is calling for the Guarani to be allowed to stay on their land, and for all Guarani territories to be demarcated urgently, before more lives are lost.

Survival’s Director Stephen Corry said today, ‘The extinction of Brazil’s Indigenous peoples is a blot on the country’s history, and it’s shameful that the same cruelties and abuses rife during the colonial era are being endorsed by the Brazilian justice system today. The Pyelito Guarani’s heartrending plea couldn’t be clearer: life without their land is so full of misery and suffering, that it is not worth living. Brazil must act before it allows another of its peoples to be destroyed.’

Read more about the effects displacement has on the mental health of Brazil’s Guarani, in an article by Survival’s Editorial Consultant Joanna Eede.