‘Many children are suffering,’ said Dilma Modesto, a Guarani health agent from Brazil. ‘I want the children to be as they were before, when all was OK.’

‘Before’ was when the Guarani hunted freely on their homelands, and planted manioc and corn in their gardens. It was before their forests were stolen from them and turned into vast, dry networks of cattle ranches, soya fields, and sugar cane plantations. ‘Before’ was when their self-esteem was intact, and they were in control of their lives; before they were forced to camp under ragged tarpaulin by dusty highways and drink polluted water from plastic tanks.

‘Before’ and ‘OK’ were, in fact, long before the Guarani children began committing suicide. Over the past 30 years, more than 625 Guarani Indians have killed themselves. This makes their suicide rate 19 times higher than the national rate of Brazil. Young adults under the age of 30 accounted for 85% of the suicides. Worse still, the youngest was only 9 years old.

The loss and destruction of their lands has been at the root of their appalling mental suffering. For the Guarani – as for most tribal peoples – their land is everything. It provides food and shelter, it shapes their languages, their world-views and their identity. It is also their ancestors’ burial place and their children’s inheritance. Land is, quite simply, who they are: there is only a slender demarcation between the outer world of nature and the inner world of self.

The Guarani once occupied a homeland of forests and plains totaling some 350,000 square kilometers; now, they are squeezed onto tiny patches of land. ‘The Guarani are committing suicide because we have no land,’ said a Guarani woman. ‘In the old days, we were free. Now we are no longer. So our young people look around them and think there is nothing left. They sit down and think, they lose themselves and then commit suicide.’

In recent years, much has been written about the destructive effects of mankind’s divorce from nature on the human psyche. The late Paul Shephard, ecological philosopher and author of ‘Nature and Madness’, believed that ecological destruction has had a profound effect on our mental stability as a species. In his book, ‘Last Child in the Woods’, the journalist Richard Louv went so far as to attribute the term ‘nature deficit disorder’ to children suffering from a nature-deficient childhood. 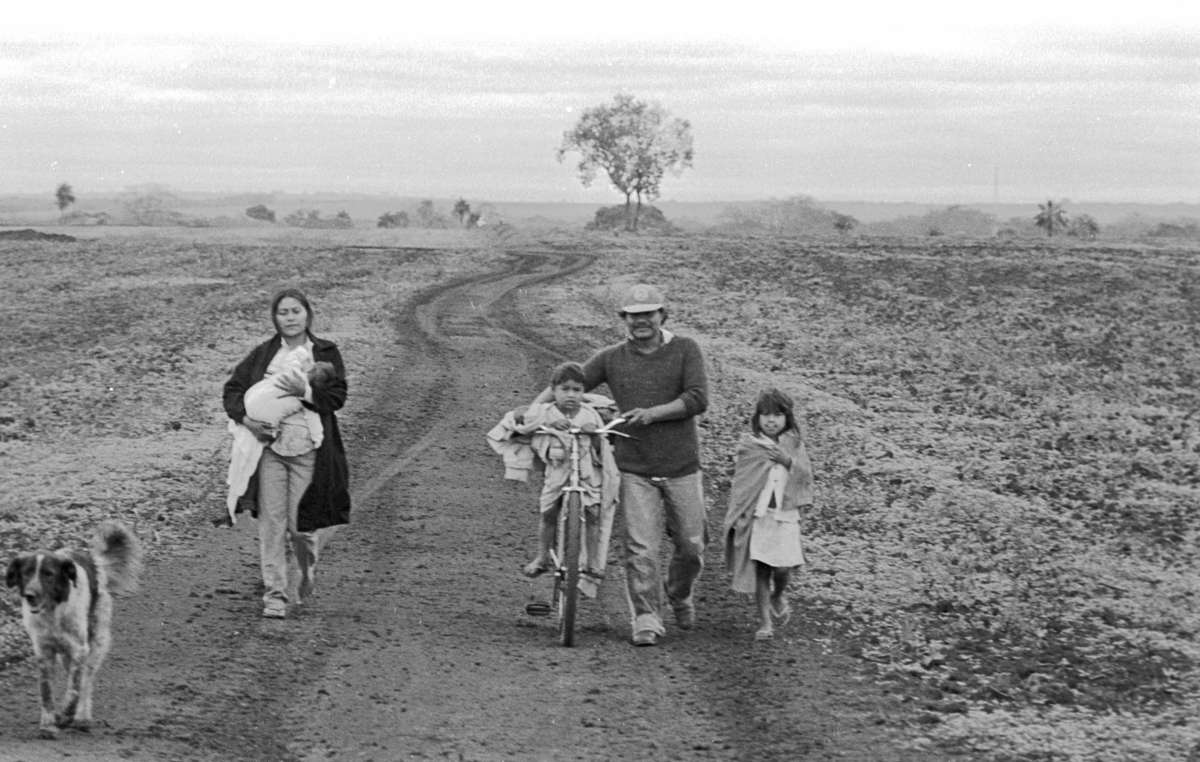 It is the world’s tribal peoples who, perhaps, understand the negative effects of this separation from the natural world better than anyone. Typically, a tribal people’s identity has been constructed over generations on a symbiotic relationship with their immediate environment. When they are forcibly removed from their lands, the sudden change is often too much for the mind to compute and the spirit to bear. ‘When you are linked with nature, surrounded by forests, you have life. You have everything,’ said a Guarani man. Forced relocation means ‘everything’ becomes ‘nothing’ – a prospect many tribal peoples have endured, and many more still face – and mental and spiritual devastation frequently follow. ‘Then, you become spiritually empty,’ he continued.

In Canada, the suicide rates of the Innu people are similarly high. As recently as 50 years ago, the Innu were nomadic. They migrated seasonally through the willow thickets and spruce forest of Nitassinan, their sub-arctic homelands, hunting for caribou, moose and small game. This northern land of labyrinthine forests and snaking rivers had been theirs for 7,500 years; it had crafted their history, skills, cosmology and language and had fashioned their uniqueness as a society. ‘The land is part of your life,’ said Innu George Rich. ‘Everything that is connected to the land is a symbol of Innu identity – of who you are as a human being.’

During the 1950s and 1960s, the Canadian government and Catholic Church came along, believing they knew best how the Innu should live, and pressurized them into settling in fixed communities. And so, bullied into existing as facsimiles of European lives they didn’t understand and didn’t want (the Canadian government stated that they wanted them to become, ‘just like any other Canadians’; stuck in a no-man’s land of cultural confusion and existential despair, the Innu became depressed. Petrol sniffing became common amongst children. Hunters, deprived of movement, freedom, meaning and purpose, became self-loathing alcoholics. ‘Several years ago, when an Innu man went to social services and was asked his occupation, he said, ’hunter’. Now, he says ‘unemployed’, said Innu Jean-Pierre Ashini.

Depression was exacerbated by the dramatic change from a natural diet rich in natural fish oils to one laden with sugar, and a decrease in exercise. ‘The sudden shift in diet from hunting, fishing and gathering to those based on Western store-bought foods is an important risk factor linked with the deterioration in the mental health of circumpolar peoples,’ said Professor Colin Samson, who has worked with the Innu for decades.

The disappearance of an established way of life aggravated physical ill-health, as is common for most displaced tribal peoples, and weakened the pillars of good mental health. Self-esteem, purpose, meaning, the need for hope and the receipt of human kindness, collapsed under the snarling contempt of the authorities for their traditional ways of life. The American psychologist Abraham Maslow famously believed that humans have a ‘hierarchy of needs’, without which we do not function properly. Unsurprisingly, food, air and water are paramount. But security, esteem, respect, love and belonging are not far behind fundamental physiological needs in being vital for humans to flourish. So when Innu ways of life were denounced by the government as ‘backward’, when their religious beliefs were derided by the Church as devil worship, when their ideas and opinions were dismissed as inferior, they began to believe it. The already-fractured Innu spirit was further weakened. ‘If you are taught that your way of life is no good, what can you do?’ said one Innu man.

Tragically, the Guarani and the Innu are not alone. For centuries, the mental health of many tribal peoples has been annihilated by invaders who cannot see (or do not want to, for racist thinking and cultural denial are useful colonial tools when lands and resources from which to profit are up for grabs) that ‘people who live differently from themselves might still be travelling the upward and progressive road of life,’ as the Ponca leader Standing Bear said.

In his new book, ‘Tribal peoples for tomorrow’s world,’ Stephen Corry, Director of Survival, makes the point that although many tribal peoples have made different choices from most in industrialized societies, ‘preferring to be mobile rather than settled, opting for hunting or herding rather than agriculture, lacking the ambition to ’improve’ by manipulating wealth, they are no more backward than anyone else.’ It is not only an arrogant conceit for one society to believe itself to be more advanced or ‘civilized’ than another based on material wealth or technological prowess, it is an illusion. ‘You have your way,’ said the German philosopher Nietzsche, ‘… and I have my way. As for the right way, the correct way, and the only way, it does not exist.’

For tribal peoples, there can be no stable mental health without their lands or the ability to shape their own futures. So the answer to relieving the mental despair of tribal peoples lies in relatively simple solutions: to land and to self-determination. Statistics have shown that when they are living autonomous lives on their own lands, they are far healthier than those who have been uprooted and had ‘progress’ forced upon them. ‘If their lands are not stolen from under their feet, most tribal peoples are not particularly fragile,’ wrote Stephen Corry. ‘They are just as capable of surviving and adapting to new circumstances as any of us.’

The film ‘Birdwatchers’ by Marco Bechis movingly depicts the story of the Guarani’s loss of lands. When the leader is confronted by an aggressive third-generation settler who is laying claim to the Guarani’s ancestral lands, the Guarani man bends down, scoops up a handful of red soil and begins to eat it. In one simple action he asserts that his land and tribe are wholly interconnected.

‘We Indians are like plants,’ said the late Marta Guarani. ‘How can we live without our land, without our soil?’