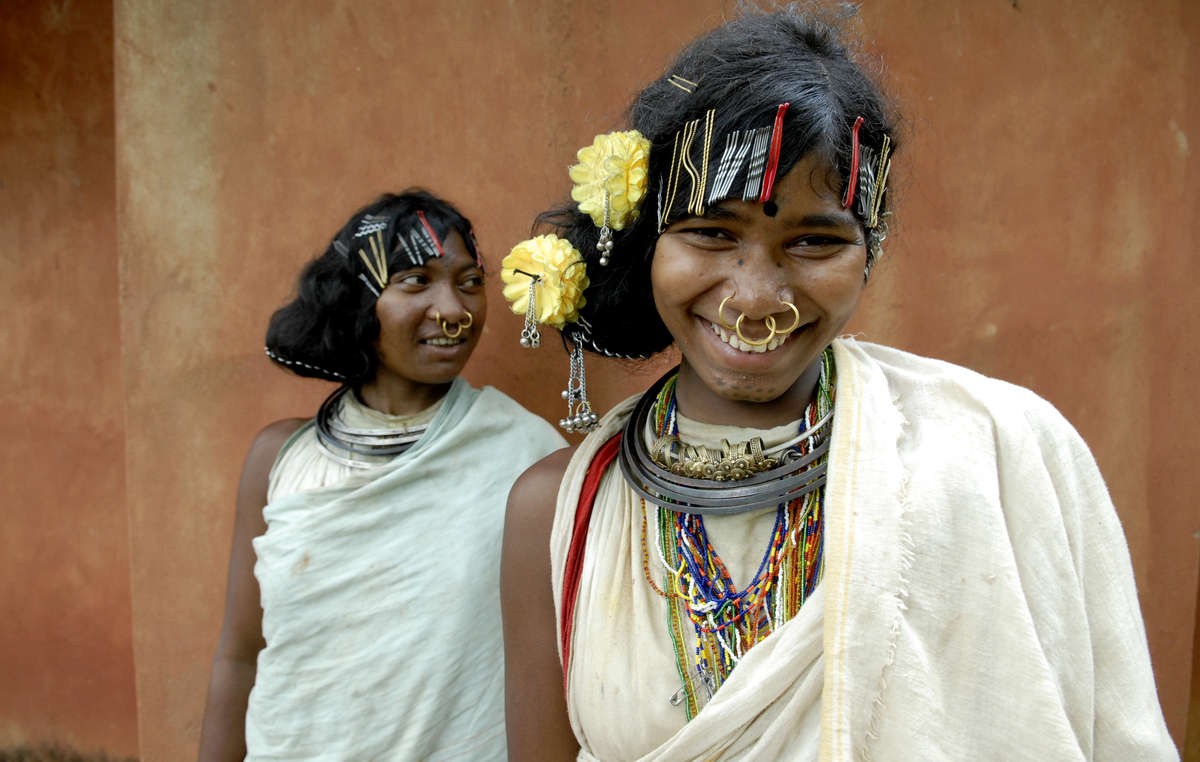 The Dongria Kondh have overwhelmingly rejected Vedanta’s mine in their sacred hills.
© Survival

India’s Dongria Kondh tribe has overwhelmingly rejected plans by notorious British mining giant Vedanta Resources for an open-pit bauxite mine in their sacred Niyamgiri Hills, in an unprecedented triumph for tribal rights.

Twelve Dongria villages have now unanimously voted against Vedanta’s mine during consultations ordered by India’s Supreme Court in April 2013, because their religious, cultural and social rights would be jeopardized if mining were to go ahead.

Dongria leader Lodu Sikaka said, ‘Our God lives in open space, you keep your God locked up with a key. We won’t leave Niyamgiri. If the government and politicians ask for it we will fight.’

The mine would destroy the forests and disrupt the rivers in the Niyamgiri Hills, which are central to the livelihood and identity of the 8,000-strong tribe, whose struggle has been likened to the Hollywood blockbuster ‘Avatar’. The mine would spell the end of the Dongria as a self-sufficient people. 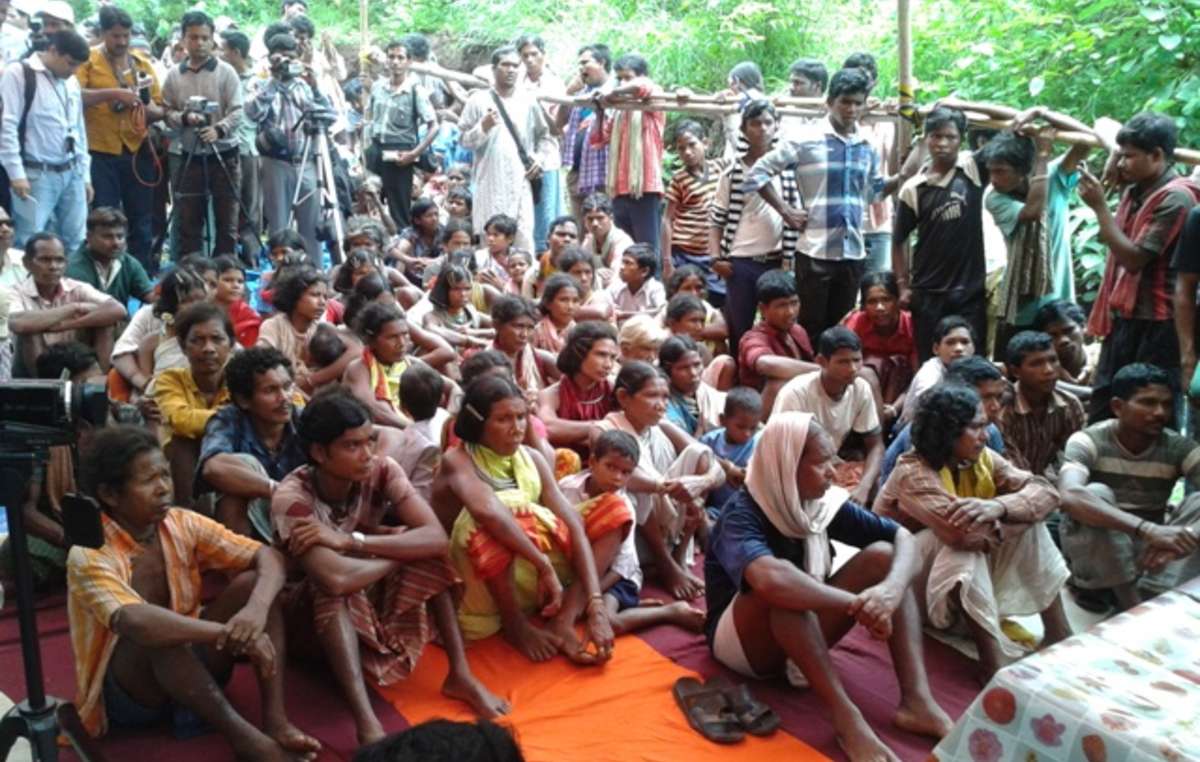 The Dongria unanimously voted against Vedanta’s mine during twelve village consultations.
© Survival

The Dongria have been praised for their resilient determination to save their Hills in the face of intimidation and harassment by paramilitary police on their land and Vedanta Resources’ repeated claims that the Dongria support the mine. During their struggle to defend Niyamgiri, Dongria leaders have been imprisoned and tortured, but they remained strong in their resistance.

The results of the consultations will now be considered by India’s Ministry of Environment and Forests, who will have the final say on the mine – but few still believe that the mine will be given the green light.

The overwhelming rejection by the Dongria Kondh has dealt a death blow to Vedanta’s mining plans in Odisha state and contradicts statements made by the company, such as, ‘It is our sincerely held belief, which is based on our extensive consultation activities, that the vast majority of the local population, including several indigenous peoples, the wider population of Orissa and other important stakeholders have welcomed the setting up of our project.’

Vedanta’s experience should serve as an important lesson for companies intent on extracting resources from tribal peoples’ lands: they must seek the communities’ free, prior and informed consent and not proceed without it. 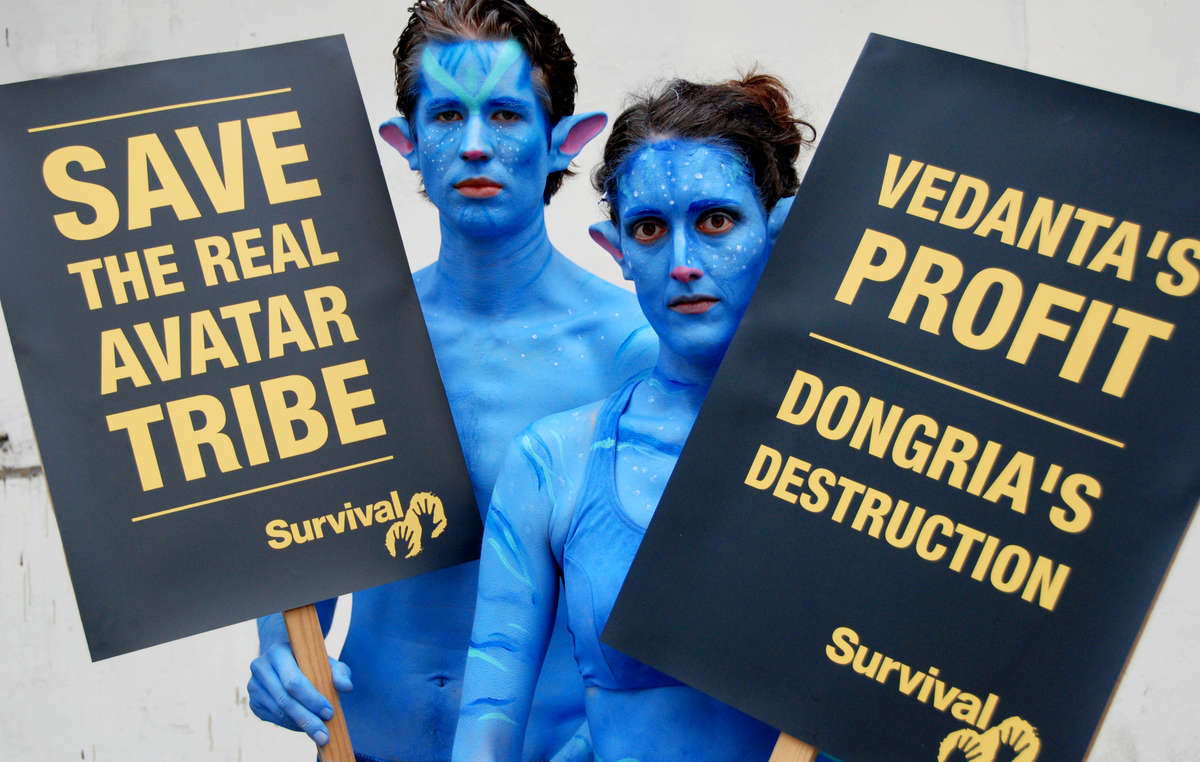 The Dongria’s struggle has been likened to the Na’vi of Hollywood blockbuster Avatar.
© Survival

Survival International and its supporters have backed the Dongria’s fight by staging protests, sending thousands of letters to the Indian government, recruiting the support of celebrities such as Joanna Lumley and Michael Palin, and bringing the tribe’s struggle to worldwide attention. Vedanta’s treatment of the Dongria was slammed by the British government, amongst others, and several shareholders such as the Church of England pulled out of the company on ethical grounds.

Survival’s Director Stephen Corry said today, ‘Vedanta has repeatedly claimed, in the face of all the evidence to the contrary, that the tribal people were in favor of this mine. The Dongria have clearly shown this to be untrue. Vedanta needs to radically change the way it does business. If the Indian government does not kill this project once and for all it will be a transparent denial of justice and human rights.’

Note to editors:
- Download the timeline of Survival’s campaign and the Dongria Kondh’s battle against Vedanta Resources’ mine (230 kB, PDF)