Home to the country's last remaining uncontacted Indians and famed for its biological diversity, Paraguay's Chaco forest is being rapidly destroyed by Brazilian company Yaguareté Porã to provide beef for Europe, Russia and China. If the company is not stopped, uncontacted Ayoreo Indians will be forced out of the forest, and could be wiped out by deadly diseases brought by outsiders.

‘The fastest deforestation rate in the world’

A 2013 study by the University of Maryland has revealed that Paraguay’s Chaco scrub forest has the highest rate of deforestation in the world. The Ayoreo’s land (marked in red) is the last refuge for uncontacted members of the tribe. That the forest still stands is testament to the Indians’ innate ability to conserve their land, despite enormous pressure from outsiders.

Yaguareté Porã owns 78,549 hectares of the remaining forest, which lies in the heart of the Ayoreo-Totobiegosode’s land claim. Uncontacted Ayoreo are being forced to flee as the demand for cattle pasture increases.

Most of the Ayoreo have already been forced out of the forest, and many have died or continue to suffer from diseases spread following first contact.

Yaguareté Porã is part of the UN Global Compact, an initiative set up to encourage companies to abide by principles that ‘support and respect the protection of internationally proclaimed human rights’. But the company has ignored the Ayoreo’s legal claim to their ancestral land, and dismissed the extreme danger its work poses to lives of the uncontacted Ayoreo.

In an attempt to ‘greenwash’ its image, Yaguareté announced plans to create a ‘nature reserve’ on its land. But the plans revealed that around two thirds of the land will be bulldozed for cattle pastures. Satellite images reveal that Yaguareté Porã has already destroyed thousands of hectares of the Ayoreo’s forest.

The destruction of the Ayoreo’s forest for beef production threatens to wipe out the last remaining uncontacted Indians outside Amazonia, in stark contravention of international laws and treaties for the rights of tribal peoples.

Survival has written to the European Commission asking it to prevent imports of Paraguayan beef to Europe until Yaguareté’s deadly work is stopped. 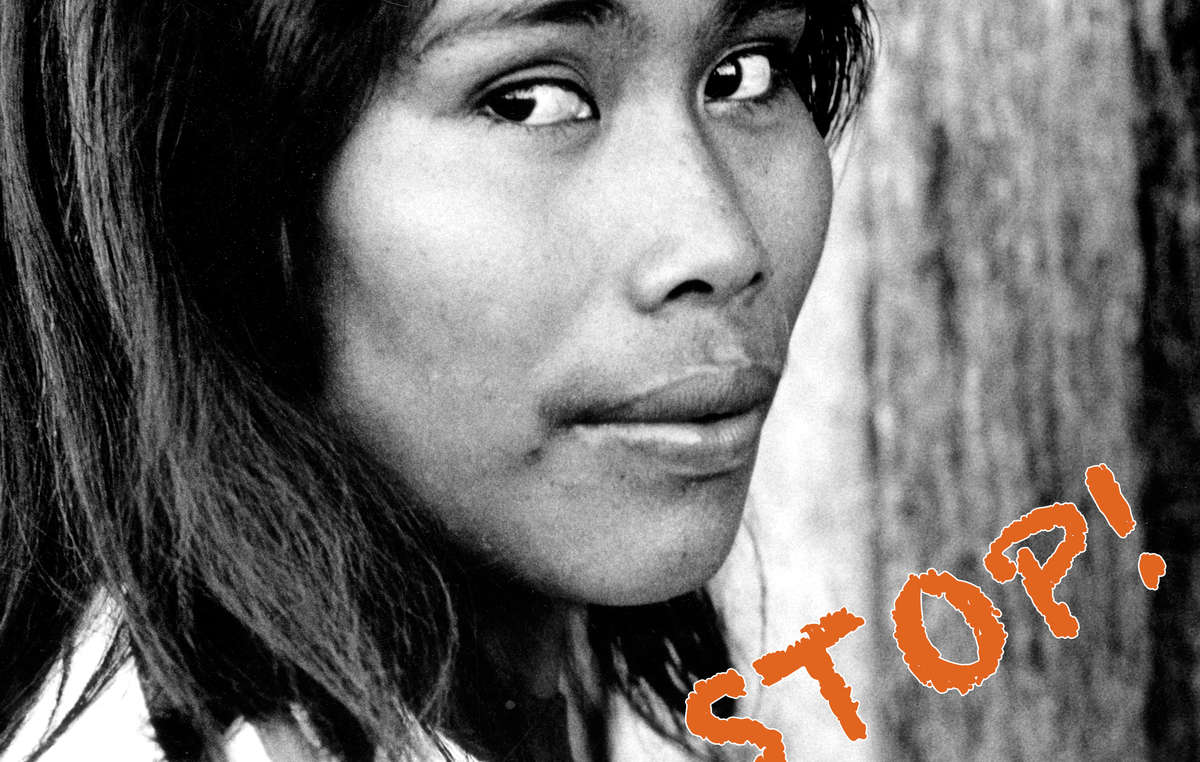 A new ad campaign has been launched in Russia warning people not to buy Paraguayan beef because of the risk the ranching industry poses to the Chaco’s uncontacted people. © Survival International

In Russia, the largest importer of Paraguay’s beef, consumers are being warned against buying Paraguayan beef until the Ayoreo’s rights are upheld.

Write a letter to the Paraguayan government asking it to halt Yaguareté’s deadly work.

Write to Yaguareté Porã owner Manuel Bastos Ferraz asking him to return the Ayoreo’s land to its rightful owners.

Ayoreo news articles from around the globe