A biography of the Amazonian leader and shaman 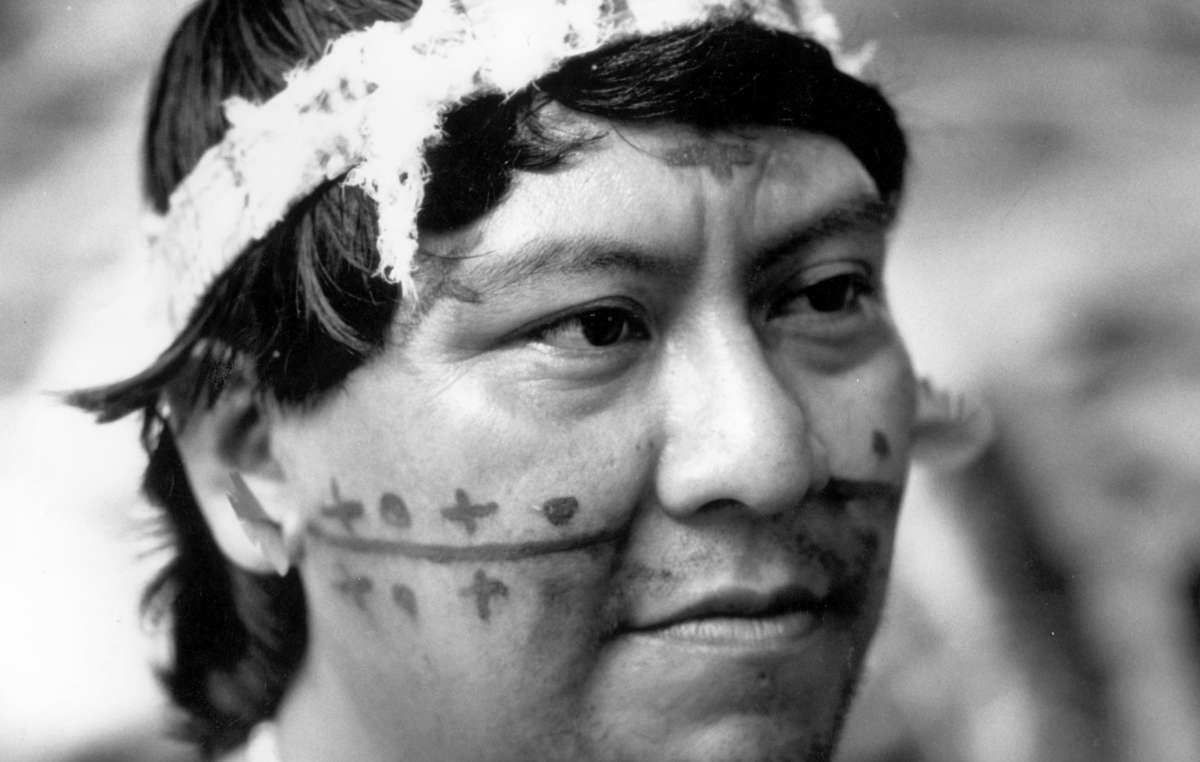 Davi Kopenawa Yanomami is a shaman and spokesman for the Yanomami people. He led the long-running international campaign to secure Yanomami land rights, for which he gained recognition in Brazil and around the world.

His courage, combative spirit and tenacity are reflected in his Yanomami nickname, ‘Kopenawa’, or ‘hornet’.

Davi was born around 1955 in Marakana, a Yanomami community on the Upper Toototobi river in the Brazilian state of Roraima, northern Amazon. One of his strongest childhood memories is of his mother hiding him under a basket when white people came to his village for the first time.

In the 1950s and 1960s, visits by the SPI (Brazilian government Indian Protection Service), and later by missionaries from the US-based New Tribes Mission, brought fatal diseases to the isolated Yanomami. Davi’s community was decimated and both his parents died in the epidemics which swept through the area in 1959 and 1967.

In 1985, Davi began to fight for the recognition of the vast area inhabited by the Yanomami in the Brazilian states of Roraima and Amazonas. Goldminers were invading the area, and Yanomami were dying of diseases to which they had no resistance.

In 1989 Davi won a UN Global 500 award in recognition of his battle to preserve the rainforest.

His struggle has taken him to many countries. The first time he left Brazil was at the invitation of Survival International, which in 1989 asked him to accept the Right Livelihood or ‘Alternative Nobel Prize’ on its behalf in a ceremony in the Swedish Parliament. The prize was awarded in recognition of Survival’s efforts to help the Yanomami, and of success in ‘raising public awareness of the importance of the wisdom of traditional peoples for the future of humanity’. During this trip he spoke of the terrible impact of the goldminers’ invasion on the Yanomami’s health and environment, and warned that the Yanomami would only survive if their land rights were recognised.

Subsequently Survival organised Davi’s first trip to the USA in 1991, where he met then-UN Secretary General Pérez de Cuéllar, members of the Inter American Commission on Human Rights and American senators to raise awareness of the impending genocide of the Yanomami.

In the course of his travels, Davi has met four Brazilian presidents including President Lula, Al Gore – former vice President of the USA – and Prince Charles.

The Yanomami area was officially recognised by the Brazilian government just before it hosted the UN’s first Earth Summit in Rio de Janeiro in 1992. Covering over 9.6 million hectares, it is one of the planet’s most important reservoirs of genetic diversity, as well as being home to some 16,000 Yanomami. The combined area inhabited by the Yanomami in Brazil and Venezuela make it the largest Indigenous territory in tropical rainforests anywhere in the world.

Davi lives in his community, Watoriki (the Windy Mountain), practising shamanism with his father in law Lorival, one of the oldest and most respected Yanomami shamans. He is married to Fátima and they have six children and two grandchildren.

Davi continues to play a crucial role in battling for his people’s rights, and is the driving force behind an innovative bilingual education project which aims to help the Yanomami defend their rights themselves.

In 2004, with other Yanomami leaders, he founded the Yanomami rights organisation Hutukara (the part of the sky from which the earth was born). He is currently Hutukara’s president.