The special edition of Survival International’s calendar, featuring striking portraits of indigenous people from around the world by some of the world’s leading photographers 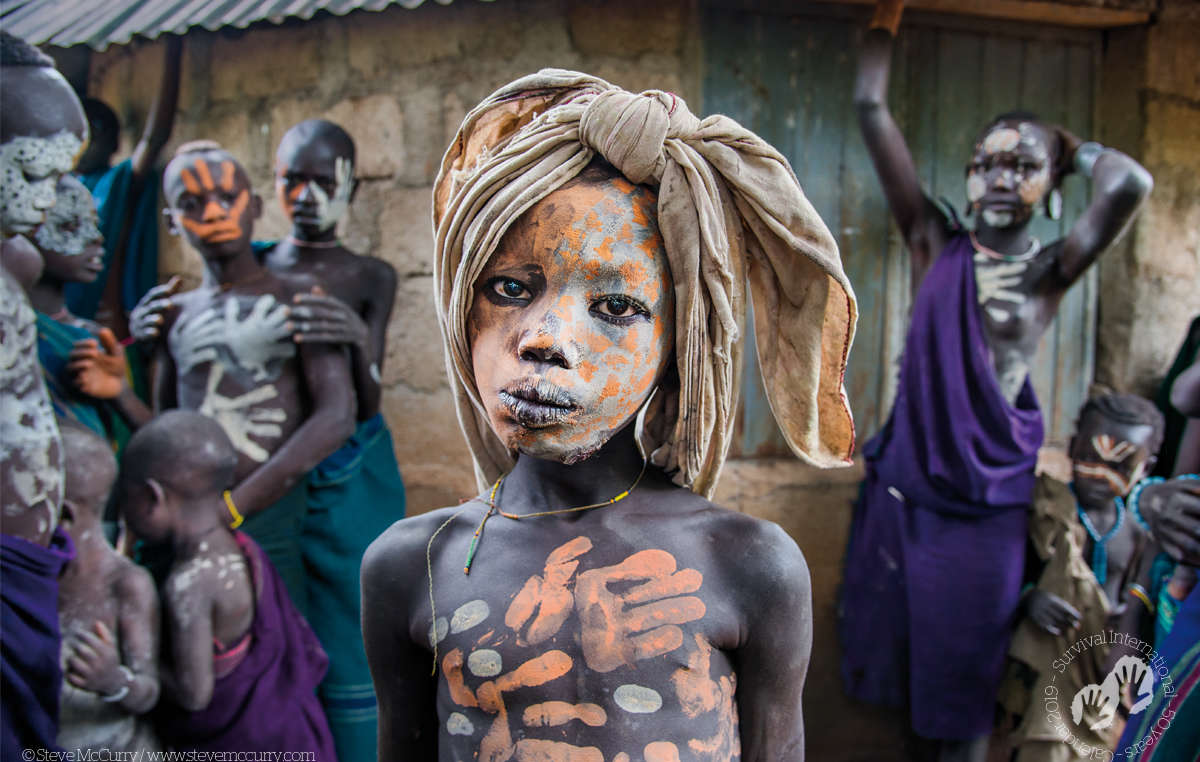 For tens of thousands of years, people have used their handprints to signal their existence. The hands in Survival’s logo are a message that tribal peoples live in the here and now and must have their space in tomorrow’s world. They are a collective call for all of us to support them. By buying and displaying this calendar, you are part of this vital global movement. 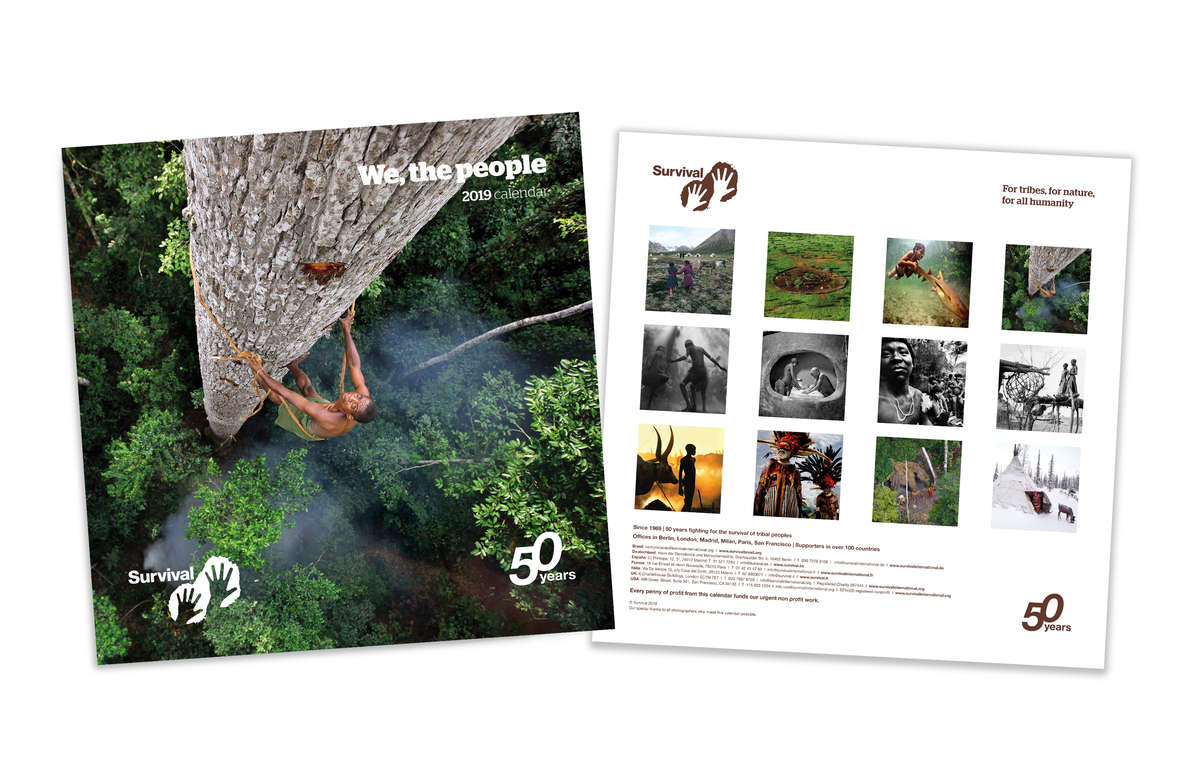 Survival International special edition of its annual calendar to mark its 50th anniversary in 2019.

Our “We, The People” 50th Anniversary 2019 Calendar features stunning portraits of indigenous people by some of the world’s leading photographers, including Timothy Allen, Steve McCurry, Yann Arthus-Bertrand, George Rodger and many others.

The breathtaking images give an insight into tribal people’s largely self-sufficient and extraordinarily diverse ways of life.

Calendars are £13.99 and available from Survival’s shop. 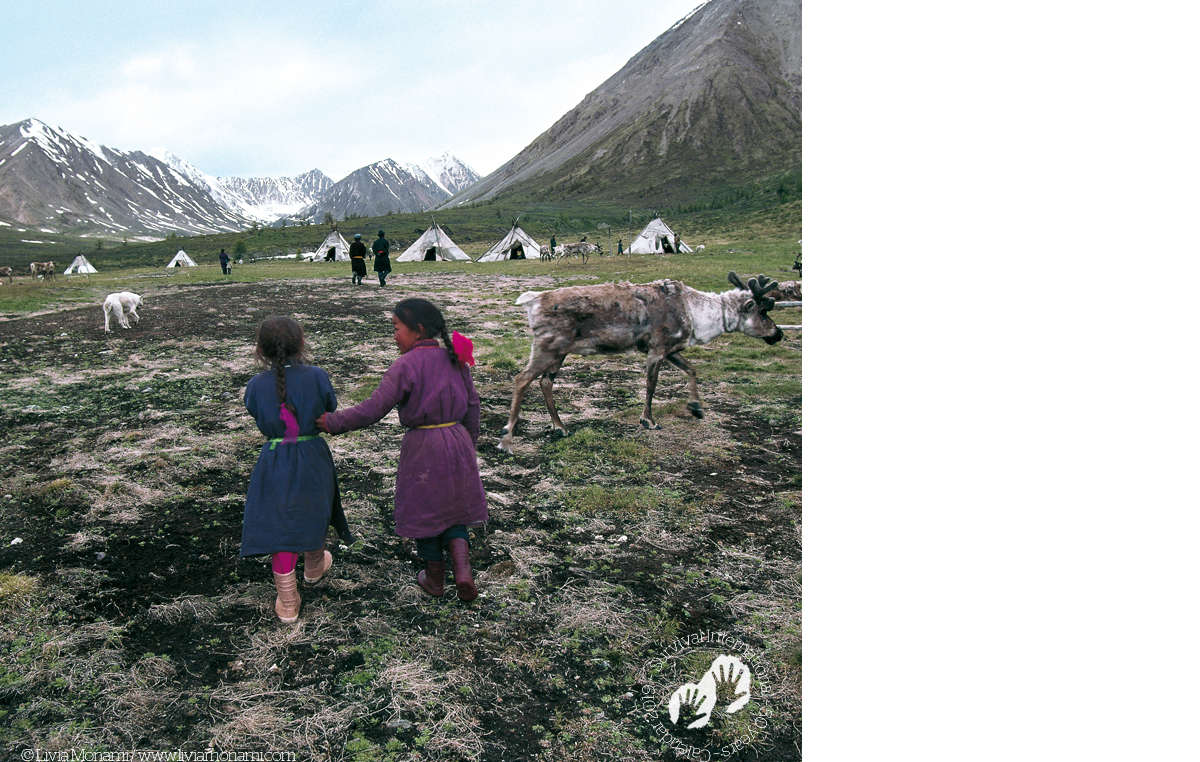 January – Tribal societies are modern, they’re just not industrialized. Their societies are extraordinarily diverse and there’s a lot to learn from them. They put the community before the individual, and share and exchange possessions rather than amass personal wealth. 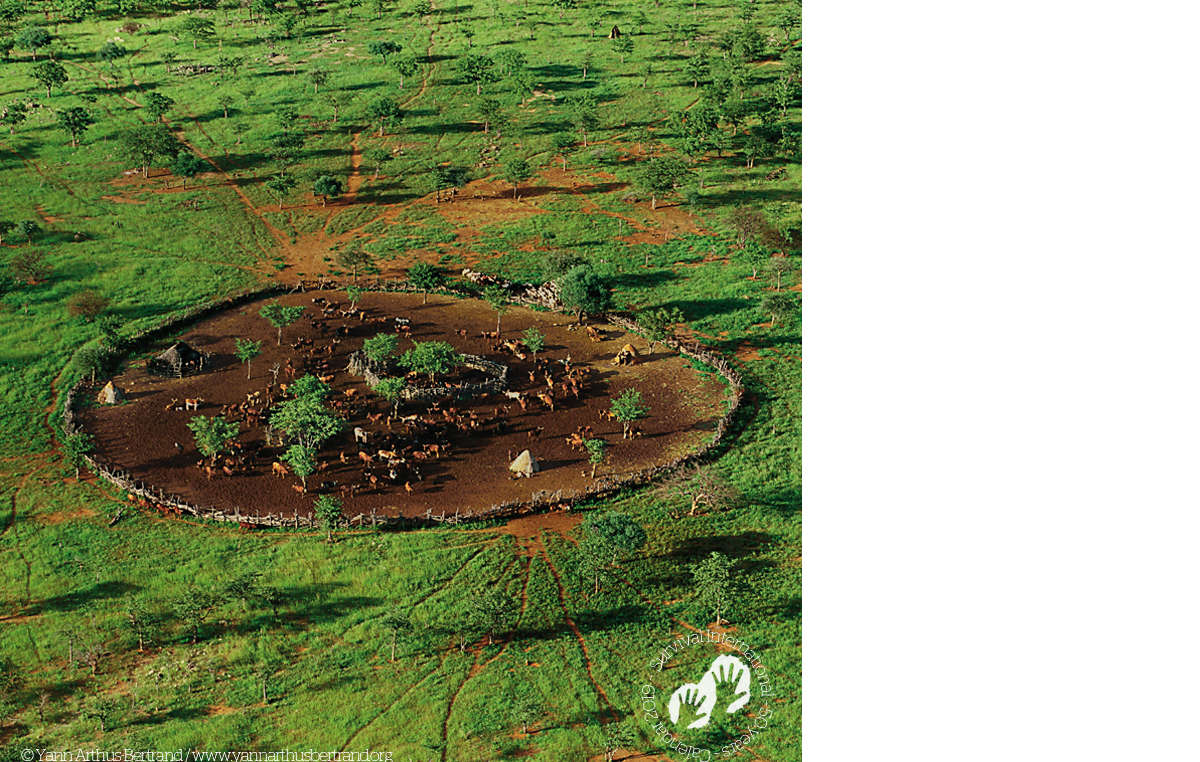 February – It’s often wrongly claimed that tribal lands are “wildernesses,” but the world’s most famous “natural” environments are the ancestral homelands of millions of tribespeople who have shaped, nurtured and protected them for millennia. 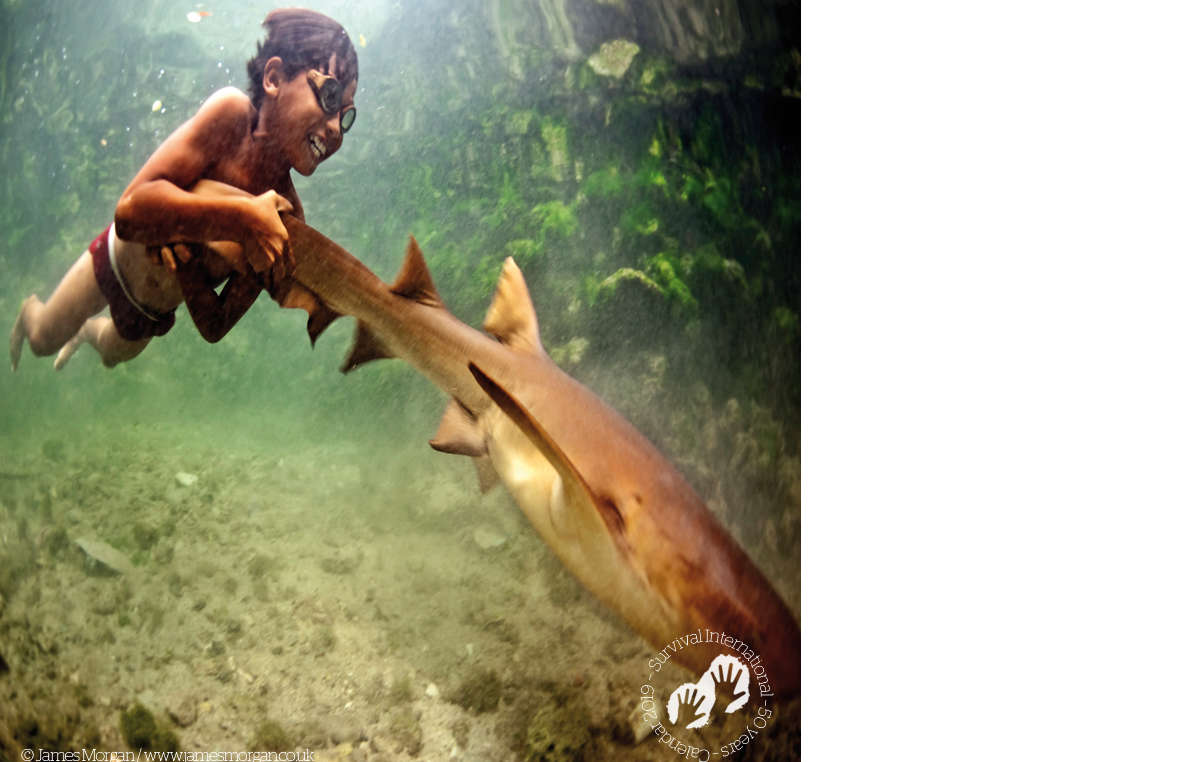 March – Tribal peoples understand the natural world and are expert conservationists. They have a unique understanding of sustainable living. 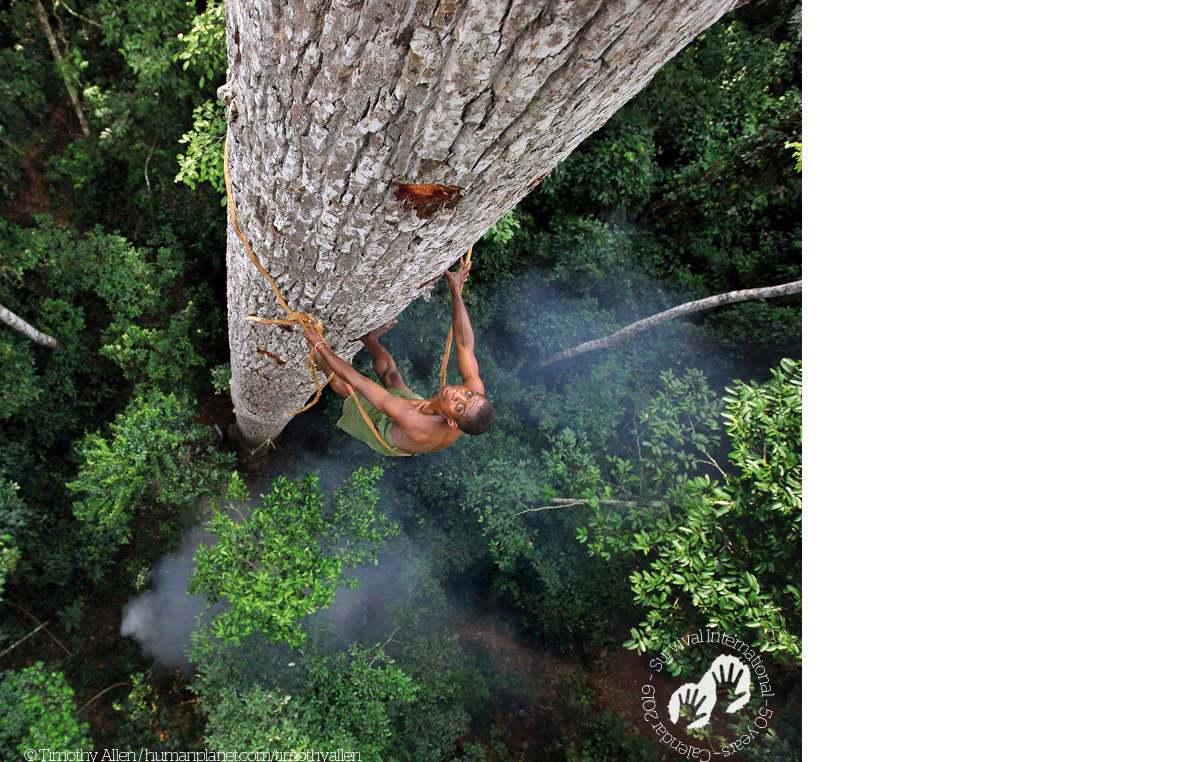 April – The Bayaka eat 8 kinds of wild honey and use hundreds of different plants to support their largely self-sufficient lifestyle. Tribal territories are the most biodiverse places on Earth – evidence proves that tribal peoples manage their environment and its wildlife better than anyone else. 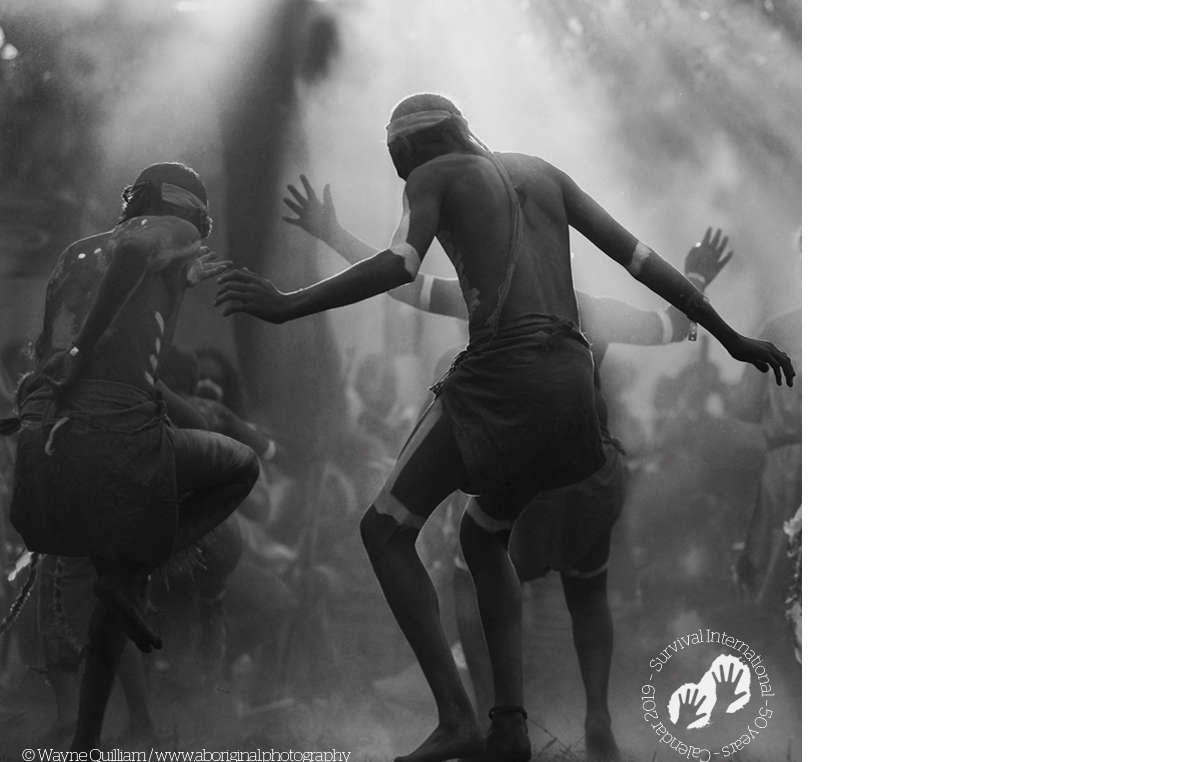 May – Australian Aboriginal peoples have struggled for over two hundred years to retain control over their lands and lives, and to keep celebrating their rich and vibrant identities. 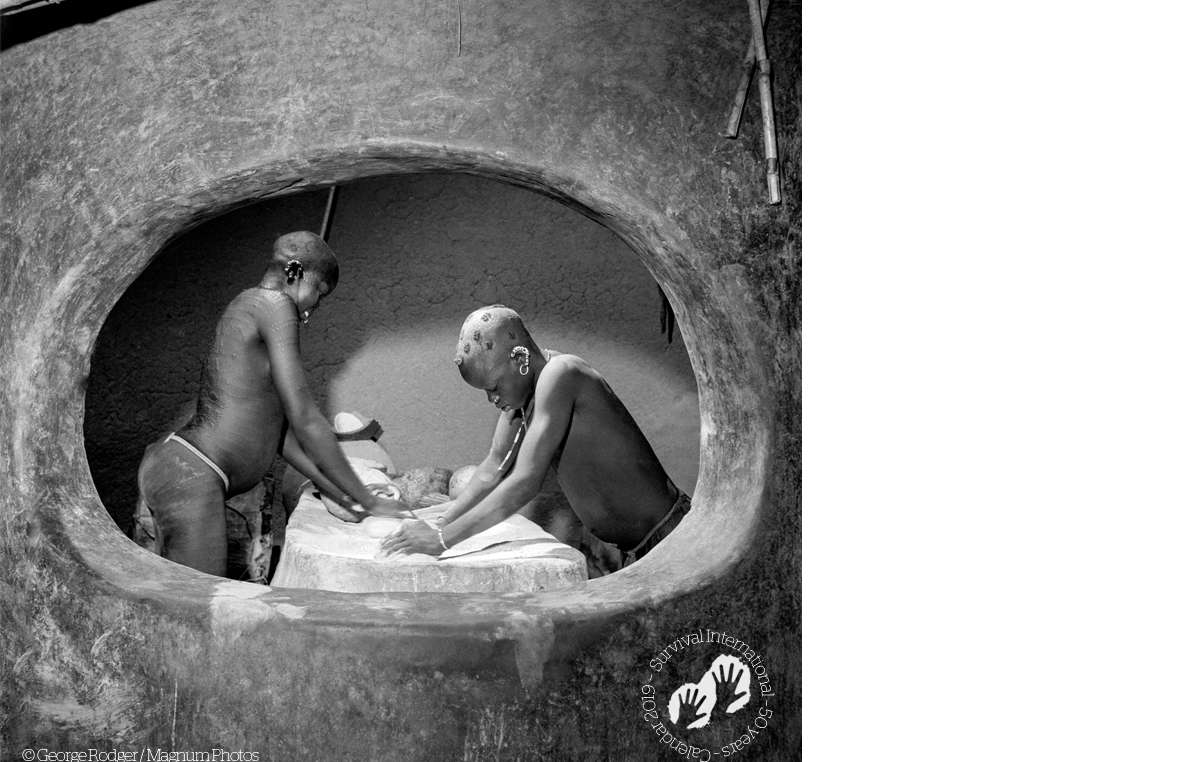 June – Tribal peoples who control their own land are healthier with a far better quality of life than tribes who’ve been evicted from their lands and had “development” forced on them. They must be free to adapt to a changing world in their own way. 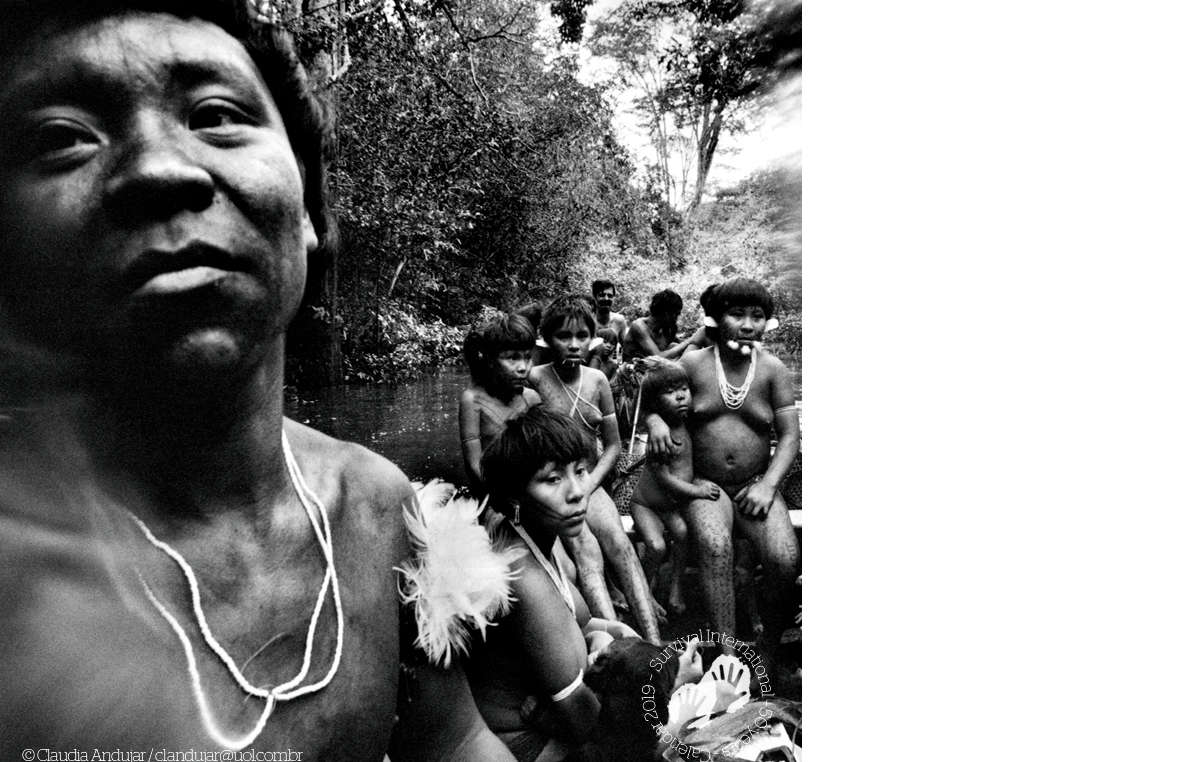 July – The photographer, Claudia Andujar, was a founder of the successful campaign for Yanomami land rights (CCPY). Survival led the work internationally to ensure the voices of the Yanomami reached around the world. After 20 years, we won. Yanomami territory is now the largest protected area of rainforest under indigenous control in the world. 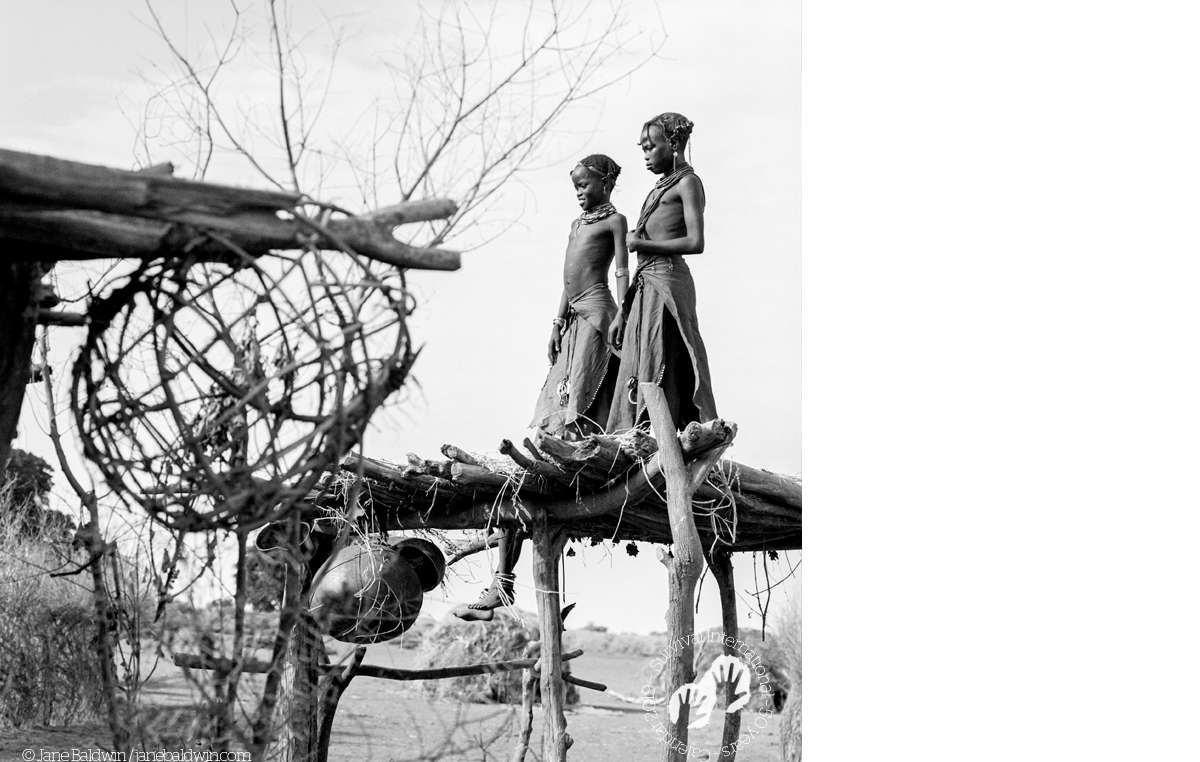 August – Land is life for tribal peoples. Their lands give them food, housing, medicines, clothing and a sense of identity and belonging. The theft of tribal lands is a crime under international law. 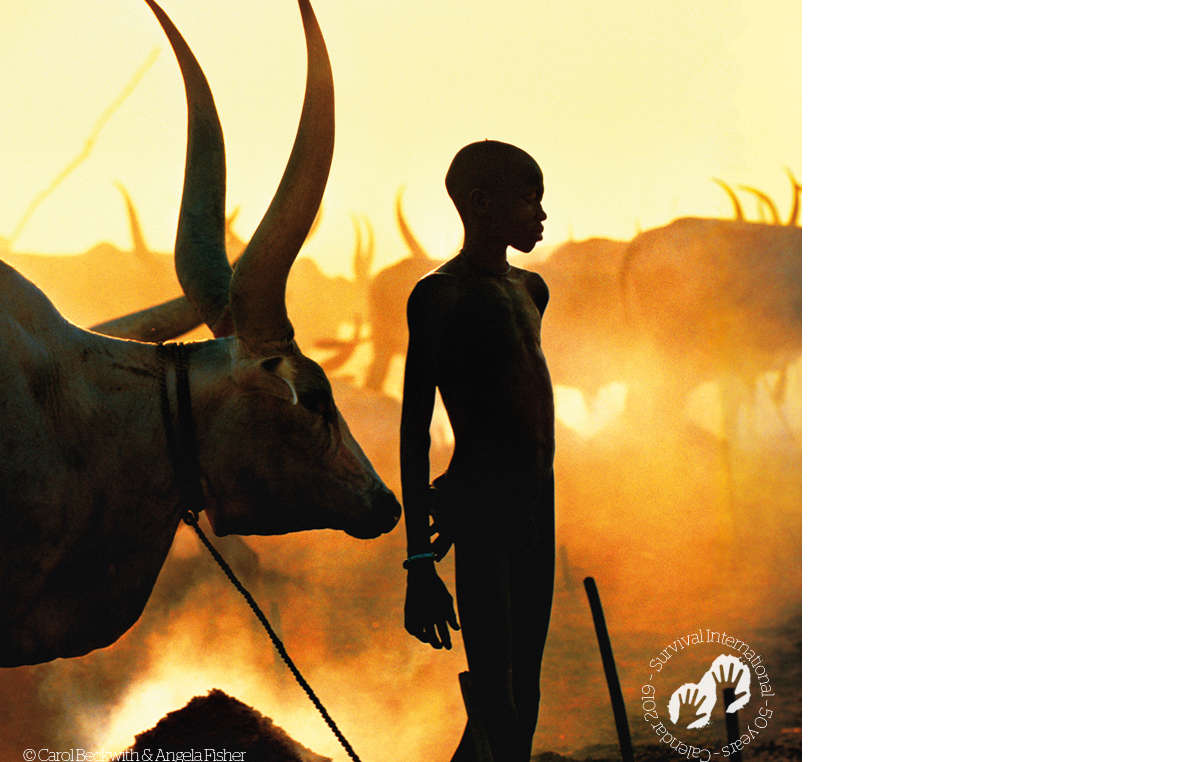 September – More than one hundred and fifty million men, women and children in over sixty countries live in tribal societies. They’re mostly self-sufficient and depend on their land for their health and wellbeing. 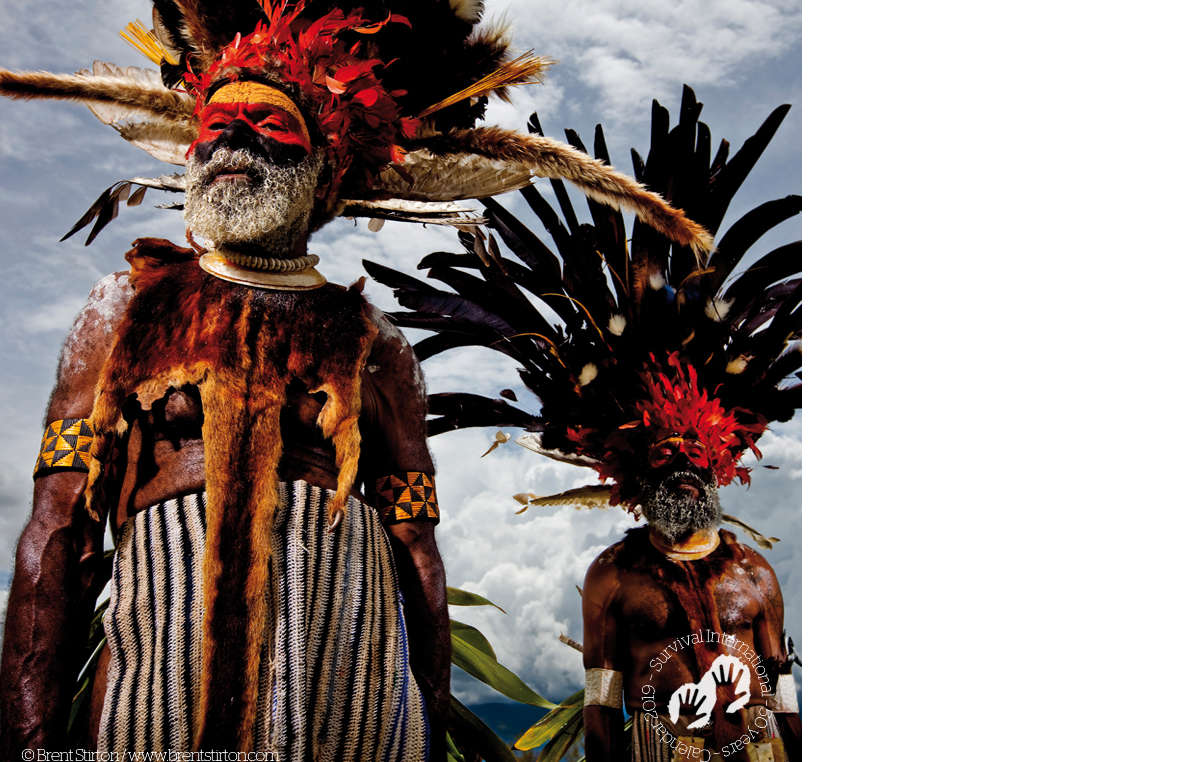 October – One in every six languages spoken on Earth comes from New Guinea. Tribal societies are a vital part of humankind’s diversity. 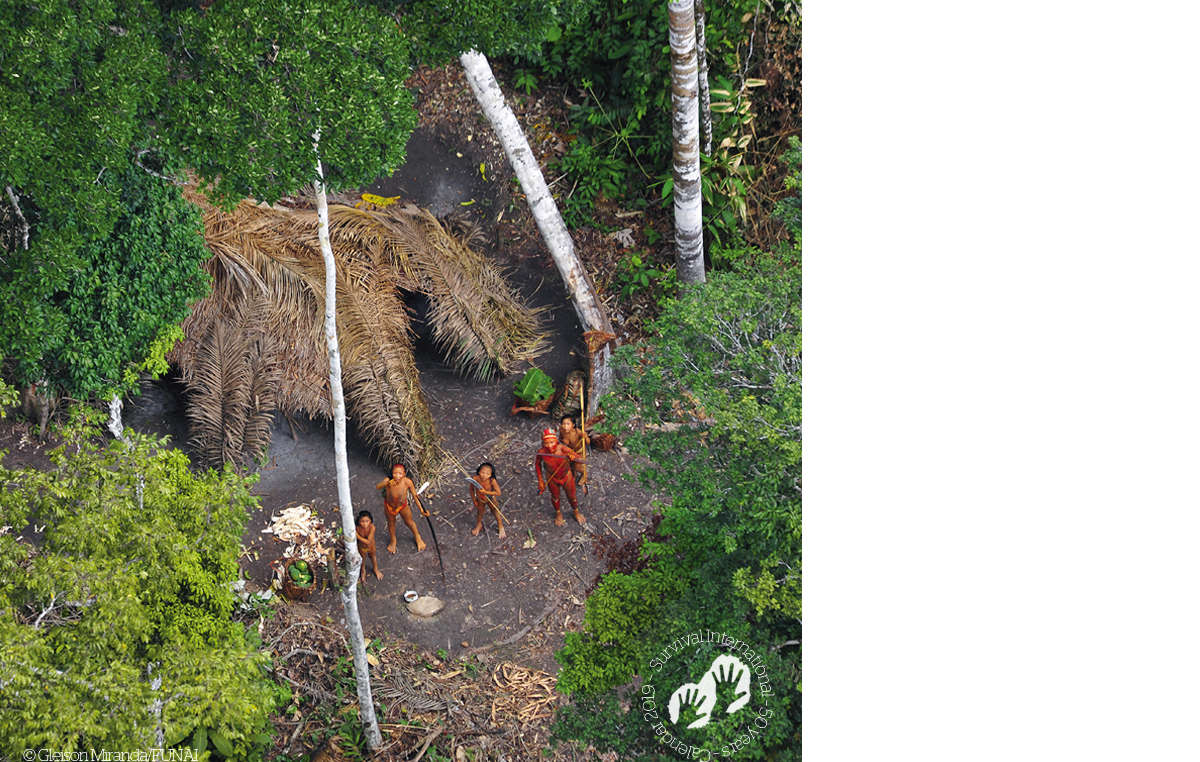 November – There are more than 100 uncontacted tribes around the world. Survival International is the only organization fighting worldwide to stop their extermination.

December – From the Siberian mountains to the Amazon rainforest, tribal peoples aren’t primitive relics of a remote past. They are our contemporaries and the best guardians of the natural world. 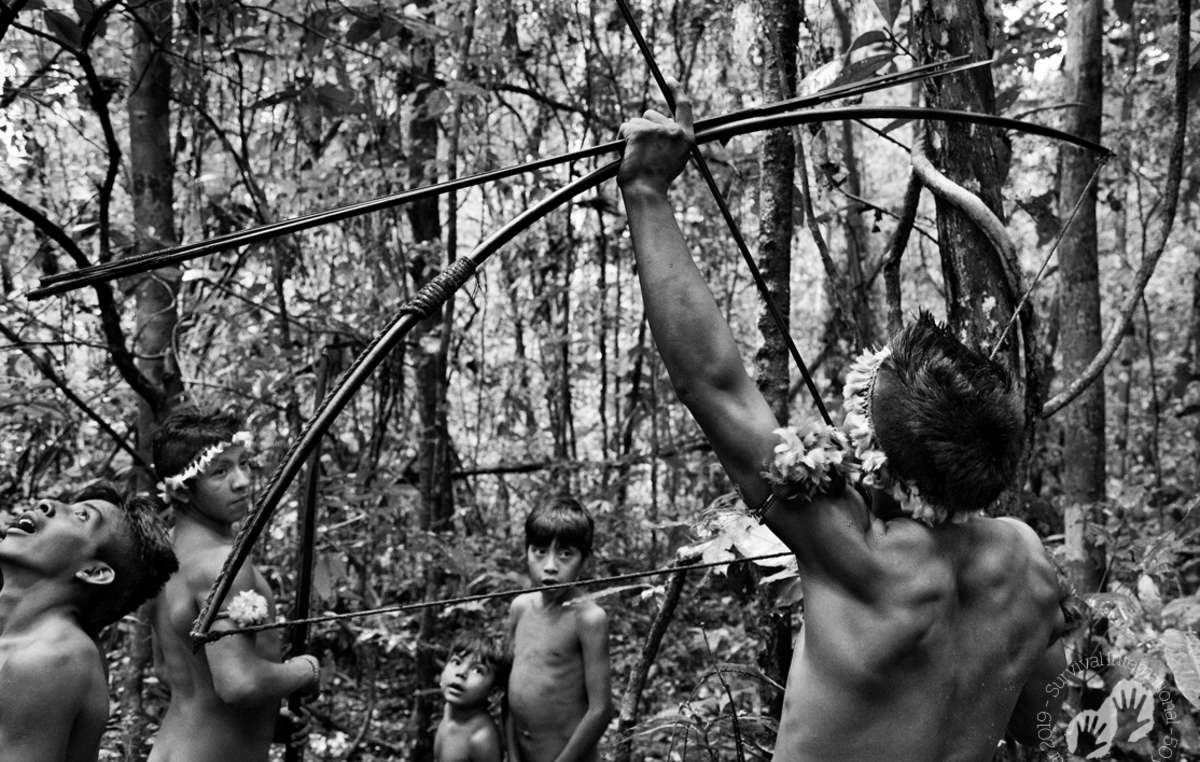 Each calendar also comes with a free desk calendar with a beautiful image of Awá hunter-gatherers by legendary photographer Sebastião Salgado. Survival International’s campaign to save Earth’s most threatened tribe forced Brazil to take action to prevent their extinction. 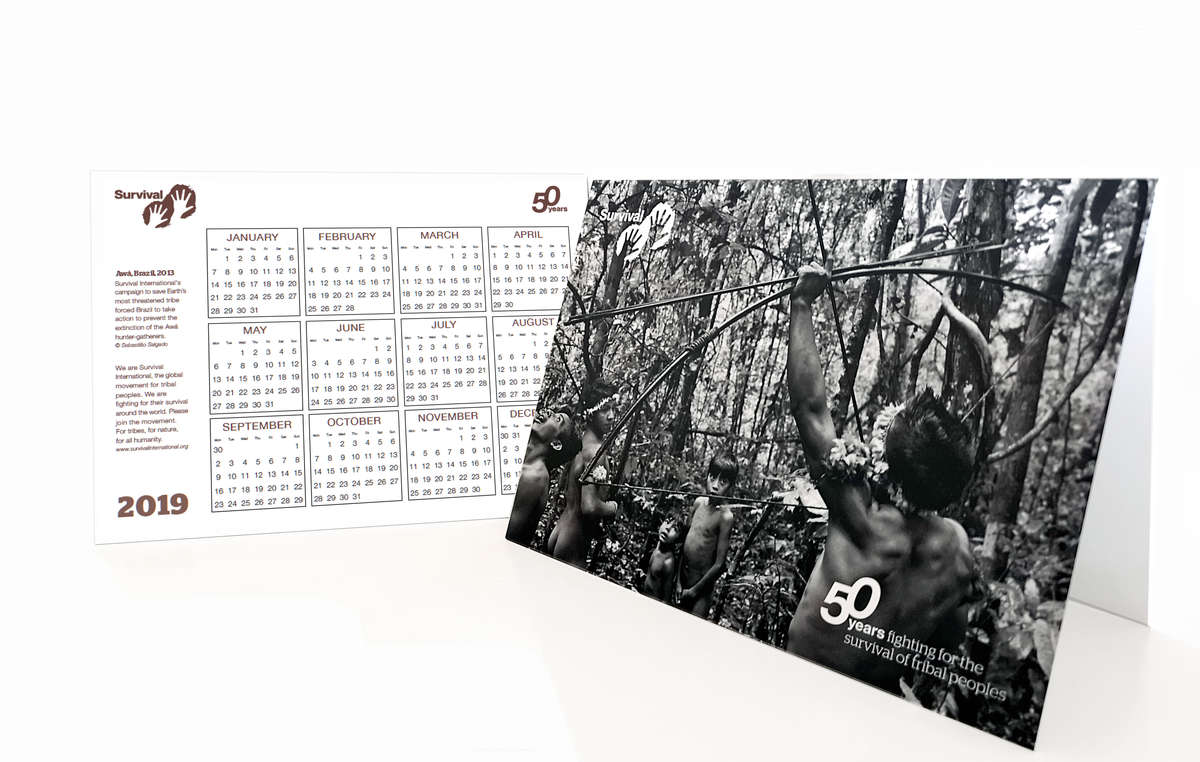 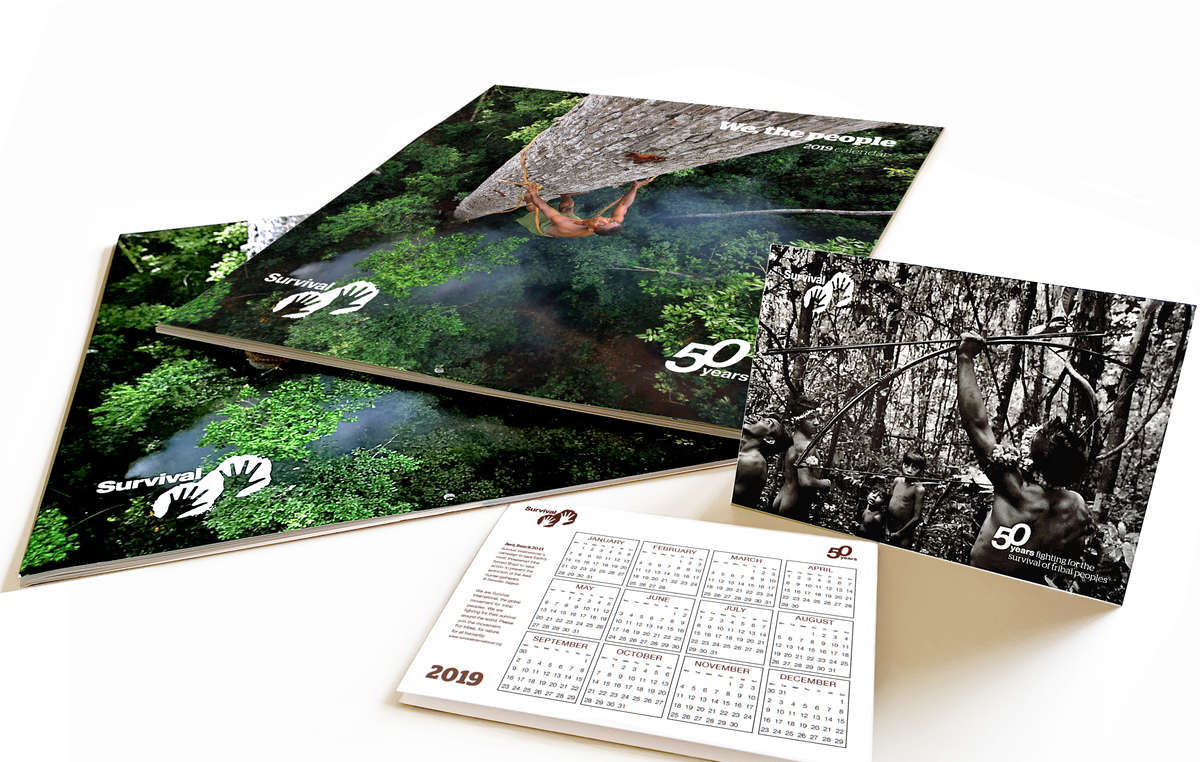