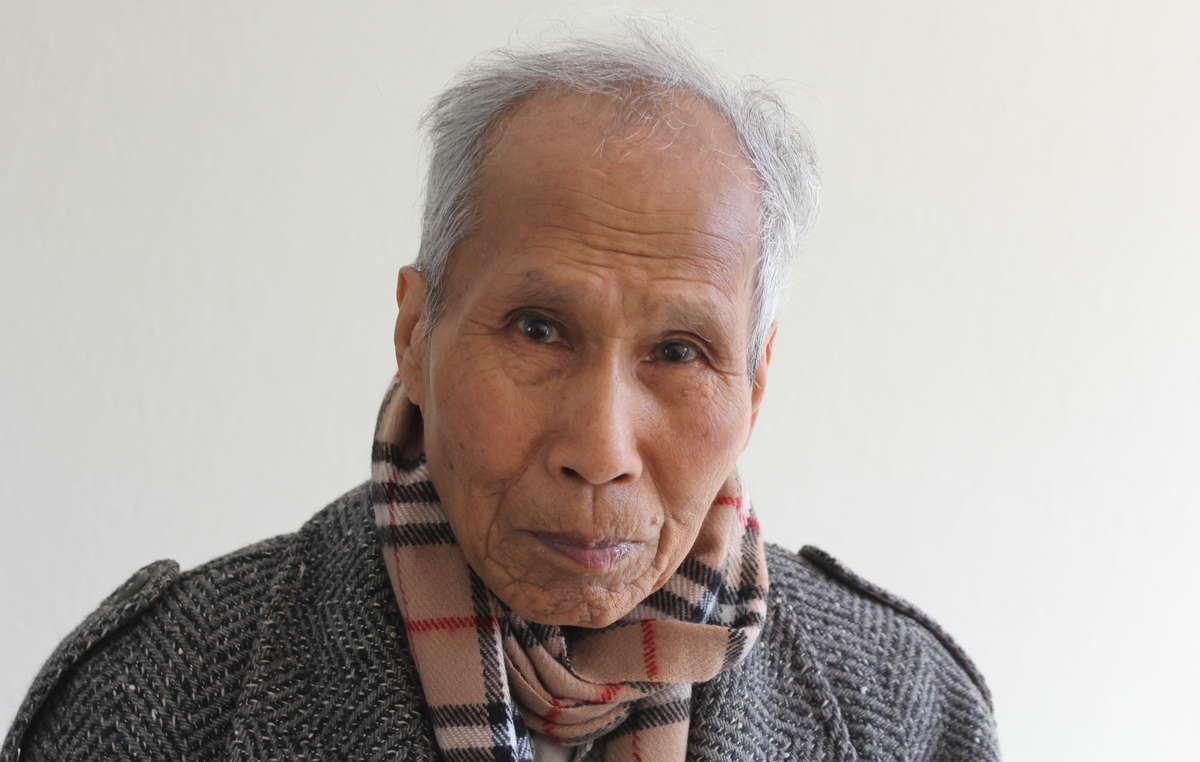 News of the death of Dr. Ramendu Shekhar Dewan, who died recently at the age of 89, has been received with immense sadness.

For several decades, Dr R.S. Dewan (as he was most commonly known) was a UK-based international spokesperson for Jumma peoples of the Chittagong Hill Tracts (CHT) in Bangladesh.

Since the 1970s he dedicated himself to running an international campaign against the human rights violations and massive land theft happening in his homeland, regularly sending updates and reports, to hundreds of people and organisations. At Survival International, we have been receiving these reports, typed till the end on a manual typewriter, since the early 1980s. They were a fount of knowledge, and were vital in keeping the international community informed about the atrocities in the CHT, enabling Survival and others to campaign. 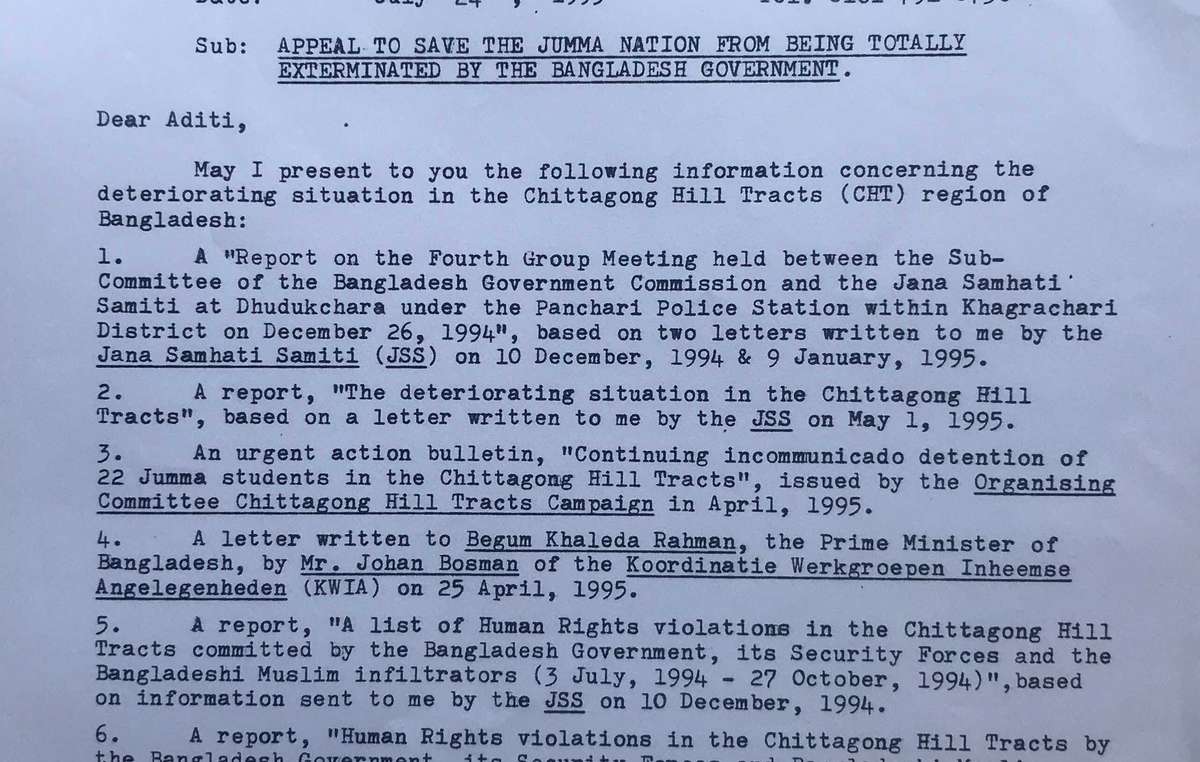 One of the countless reports Ramendu sent to Survival about atrocities in the CHT. © Survival

The CHT was heavily militarized: at its peak there was one soldier for every six indigenous Jummas. Getting information out was therefore extremely difficult, so Dr Dewan’s reports were often the only way for people outside to learn about the violence being waged against the Jummas. For example, his work was instrumental in building the international pressure that, in 1990, pushed the government of Bangladesh to agree to allow an independent commission into the CHT. The commission confirmed that the horrors depicted in Dr Dewan’s reports were true.

Few people have been as dedicated to the cause as Dr Dewan. He campaigned day and night for decades, often at the cost of his health and always at the expense of his own comfort. Until the end, he led a frugal life, eating mostly cold, dry food that didn’t need to be cooked, disconnecting the electricity and heating in his flat (despite living in the cold north of England) in order to spend all his money on his campaigning work. He explained this saying: “If the PCJSS [Jumma political] activists can endure coldness staying and moving in the jungle and hill streams, then why would I not be able to stay inside without electricity and heater?”

Dr Dewan moved to London in 1967 to study chemistry. With the signing of the CHT Peace Accord in 1997, his family hoped that he would return home, but he never did, not trusting the government and believing he could have a bigger impact by lobbying from outside the country. He devoted his life to achieving his dream of self-determination for the Jumma people, but he left the world without seeing his dream fulfilled.

Despite his own austere lifestyle, refusing to spend any money on himself, Dr Dewan was incredibly generous and thoughtful to others. He will always be remembered at Survival, and around the world, for his courage, dedication and enormous contribution to the cause of the Jumma peoples, as well as for his kindness. He has inspired generations of Jumma and non-Jumma activists and will be hugely missed.