Yanomami shaman and spokesperson Davi Kopenawa, who has led the struggle for the protection of their land, has received a series of death threats by armed men. © Fiona Watson/Survival

In June 2014, armed men on motorbikes raided the Boa Vista office of Brazilian organization ISA, which works closely with the Yanomami, asking for Davi. The men threatened ISA’s staff with guns and stole computers and other equipment. After the assault, one of the men was arrested and reported that he had been hired by goldminers.

In May, Yanomami Association Hutukara – headed by Davi – received a message from goldminers that Davi would not be alive by the end of the year.

Davi said, “They want to kill me. I don’t do what the white people do, who go after someone to kill them. I don’t get in the way of their work. But they are getting in the way of our work and our fight. I’ll continue to fight and to work for my people. Because defending the Yanomami people and their land is my work.”

Since the attack, a climate of fear has surrounded the offices of Hutukara and ISA, as men on motorbikes intimidate the staff and repeatedly ask for Davi’s whereabouts. 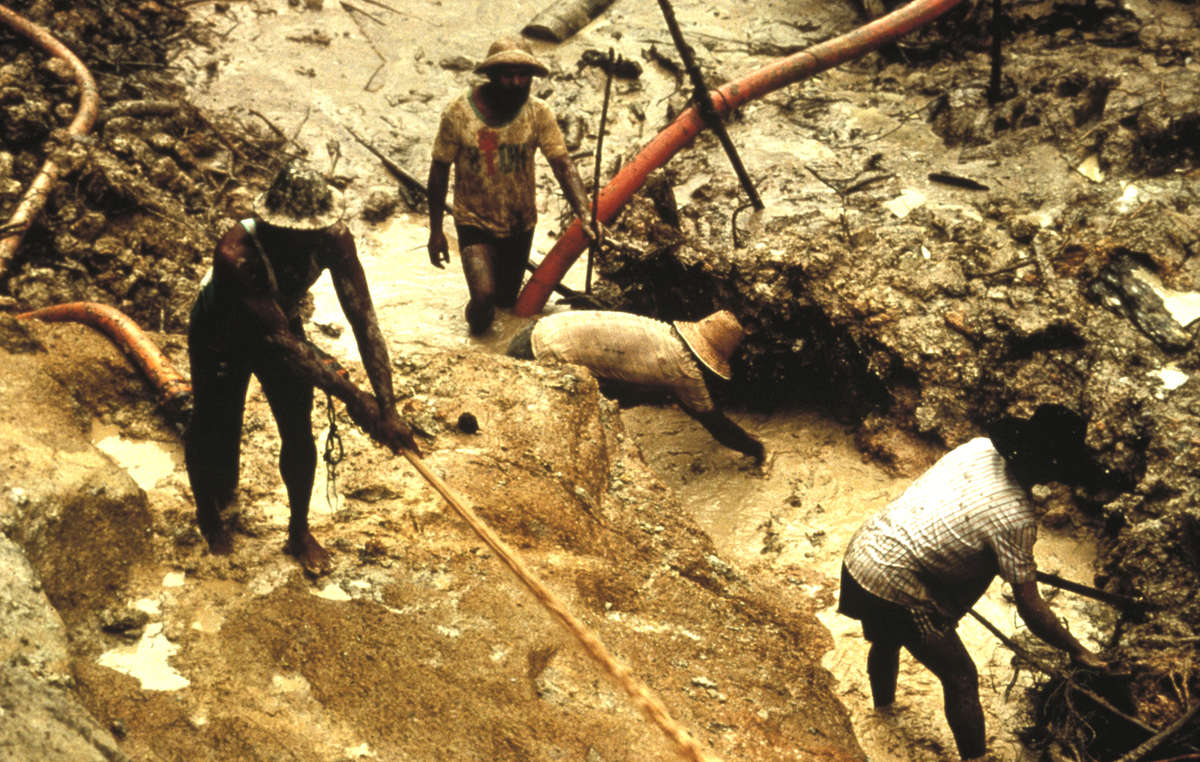 Illegal goldminers operating on Yanomami land pollute the environment on which the Yanomami depend for their survival. © Colin Jones/Survival

In collaboration with Hutukara, Brazil’s government launched a major operation to evict hundreds of illegal miners and to destroy mining infrastructure in February 2014.

Davi, who has been called the “Dalai Lama of the Rainforest”, has been at the forefront of the struggle for the protection of Yanomami land for over 30 years. Survival International, the global movement for tribal peoples’ rights, supported the Yanomami’s successful fight for the demarcation of the Yanomami territory in Brazil, after an invasion of thousands of illegal goldminers in the 1980s decimated the tribe.

Davi has traveled abroad on many occasions to raise awareness of the urgent need to protect the Amazon rainforest from destruction. He has spoken at the United Nations and received the Global 500 award, among others, for his contribution to the battle of environmental preservation.

Survival’s Director Stephen Corry said today, “The rule of law means nothing on the Amazon frontier, which is as wild and violent as the American West used to be. Anyone standing in the way of this aggressive colonization risks being killed in cold blood. These are not empty threats – Indigenous activists are frequently assassinated for resisting the destruction of their land. Davi Yanomami’s life is in danger. Those behind the threats and this latest attack must be brought to justice – the authorities need to act now to prevent the murder of another innocent man.”

- Brazilian NGO CIMI reported in July 2014 that over 600 Indigenous people have been assassinated in Brazil over the last 11 years, and Global Witness reported that nearly half of all assassinations of environmental defenders in 36 countries recorded between 2002-2013 occurred in Brazil.
- Download Hutukara’s statement in English (Pdf, 59KB) or Portuguese (Pdf, 98KB)
- Contact Survival for pictures and video material of Davi Kopenawa Yanomami, who visited Survival’s San Francisco office in April 2014.
- Davi is scheduled to speak about his new book “The Falling Sky” at a Literary Festival in Brazil on Friday, and in London in September 2014. Please get in touch for interview requests in London.