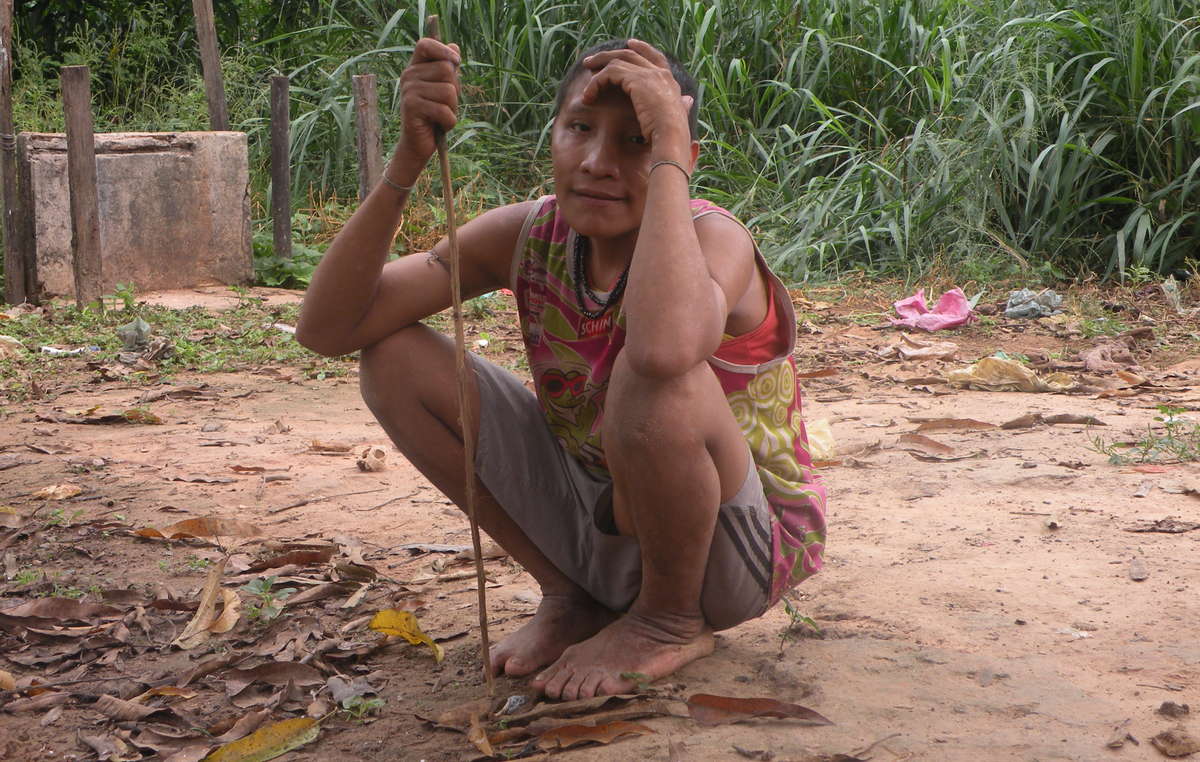 Uncontacted Awá Indians Irahoa and two relatives made contact with a settled community. Their forest has been invaded by loggers, who have attacked the Awá in the past. © Madalena Borges/CIMI-MA

Amakaria, the leader of the group, and several relatives, were reportedly contacted by a Brazilian government team some decades ago, but decided to return to an isolated life in the forest.

It is unclear why the group has made contact in this instance. However, one settled Awá told the Brazilian NGO CIMI, “They were surrounded by loggers. We heard lots of noise from the chainsaws nearby and the tractors carving roads to transport the wood, and there were many trees marked for felling. So we said ‘Come with us, otherwise the loggers will kill you.’ And they came with us.”

The uncontacted Awá, numbering around 100 in total, are at risk of extinction. They could be wiped out by violence from outsiders who steal their land and resources, and by diseases like flu and measles to which they have no resistance.

Uncontacted Indians are the most vulnerable societies on the planet. They can be wiped out by violence from outsiders and diseases to which they have no resistance. © Madalena Borges/CIMI-MA

Since the discovery of iron ore in the region in the 1970s and the consequent Great Carajás Project, a development project funded by the World Bank, the Awá have faced a massive invasion of their forest. Illegal loggers, settlers and ranchers have moved in. Many Awá have been shot by loggers while out hunting.

Vale, the company running the enormous Carajás iron ore mine near the Awá’s territories, is working to expand a railway line which runs past their land. The Awá are against the project and say it will increase the amount of noise from the railway, scare away the game they need to survive, and bring even more colonists into their forest.

In January 2014, the Brazilian government launched a massive operation to evict illegal loggers and ranchers from the Awá’s central territory, following a two-year campaign by Survival International, the global movement for tribal peoples’ rights. 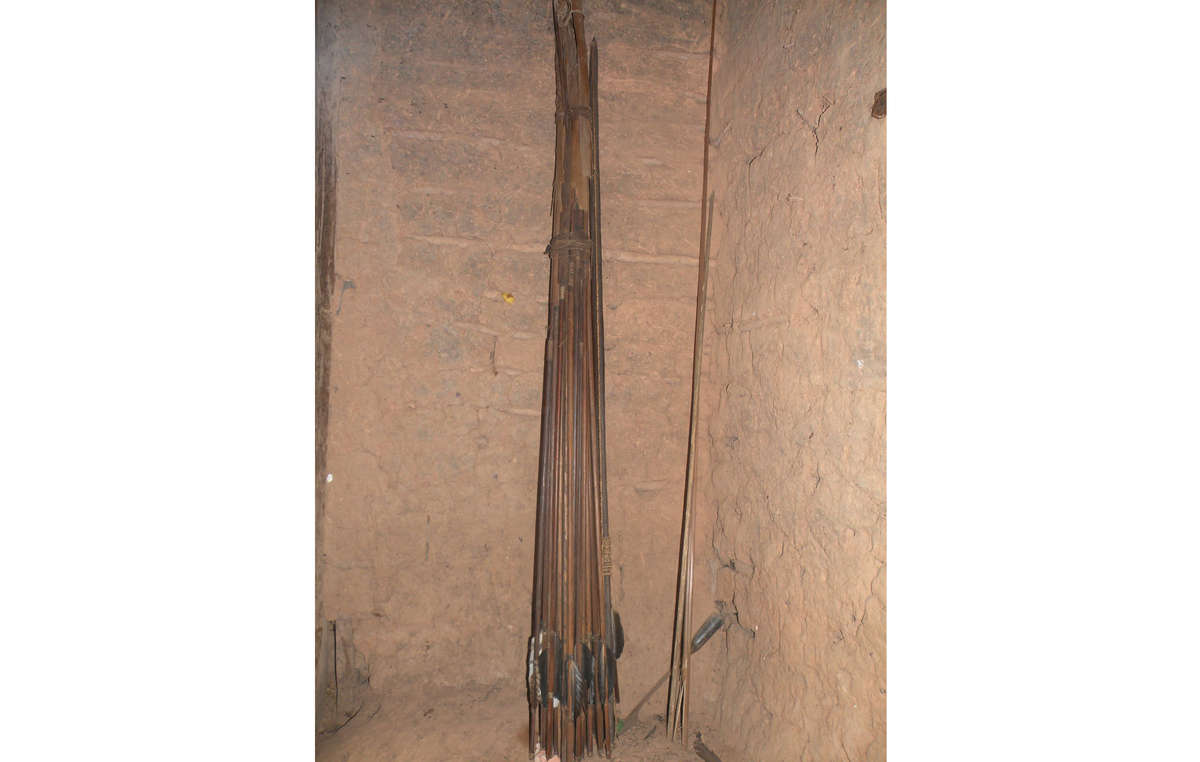 Arrows made by Amakaria, the leader of the group. © Madalena Borges/CIMI-MA

While the operation marked a big success, the Brazilian government has since failed to fully implement a long-term protection plan for the territory, risking the return of the loggers. Survival is lobbying the Ministry of Justice to protect the land as a matter of urgency, and to remove colonists from the other territories where Awá Indians live, including the area where Amakaria and her relatives made contact.