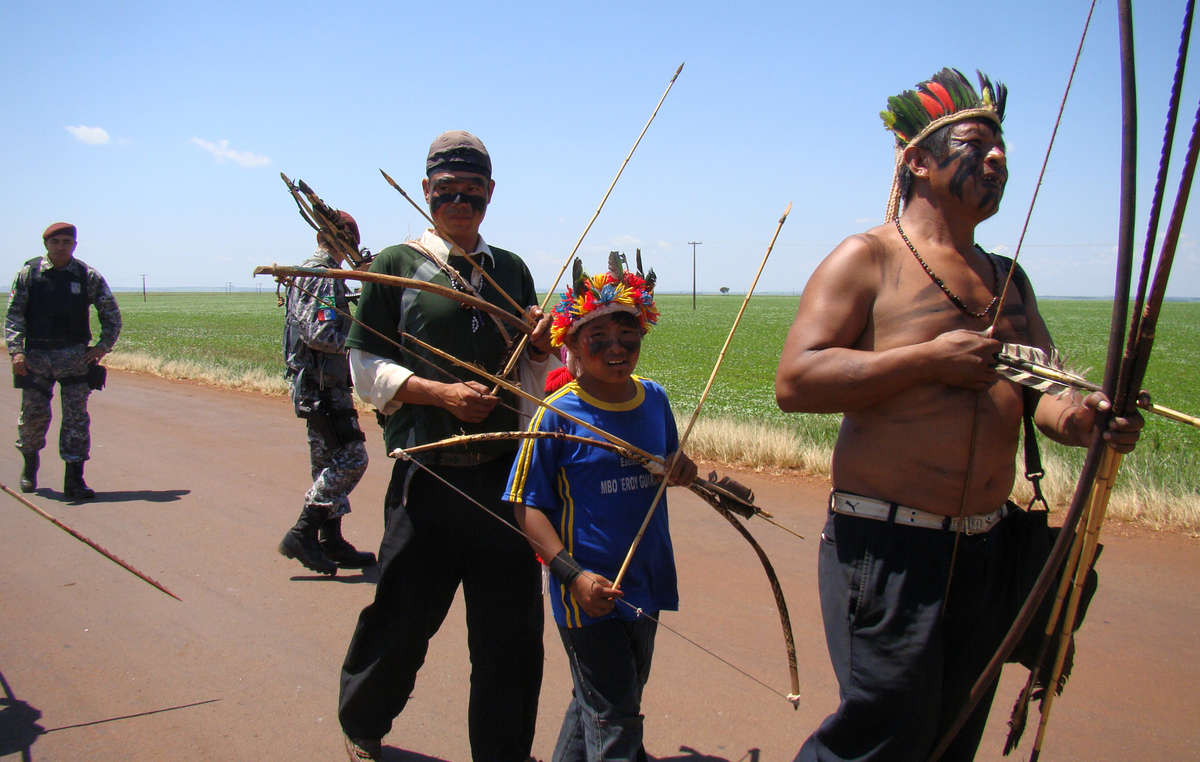 The Olympic torch is set to arrive on June 25 in a state where the Guarani tribe is widely feared to be facing annihilation due to systematic land theft, malnutrition, suicide and violence.

The torch’s arrival in Mato Grosso do Sul in the southwest of Brazil comes as part of a nationwide tour before the start of the Rio de Janeiro Olympics in August. It is set to be carried by Rocleiton Ribeiro Flores, an Indigenous man from the Terena people, in the city of Dourados which is close to Guarani territory.

Last week, one Guarani man was killed and several others – including a twelve year old boy – were seriously injured in an attack by ranchers’ gunmen on Tey’i Jusu community.

The previous day, Survival received audio through its Tribal Voice project documenting a separate armed attack on Pyelito Kuê community. Elsewhere, another community, Apy Ka’y, is facing eviction after a land reoccupation in 2013.

With the eyes of the world on Brazil, many campaigners are hoping that the Olympics will raise global awareness of the genocidal violence, slavery and racism that have been inflicted on Indigenous Brazilians past and present in the name of “progress” and “civilization.”

Over the past few decades, most of the Guarani’s land has been stolen by destructive agribusiness, and they have been forced to live on roadsides and in overcrowded reservations. Guarani children starve and many of their leaders have been assassinated. Hundreds of Guarani men, women and children have killed themselves and the Guarani Kaiowá group suffer the highest suicide rate in the world. 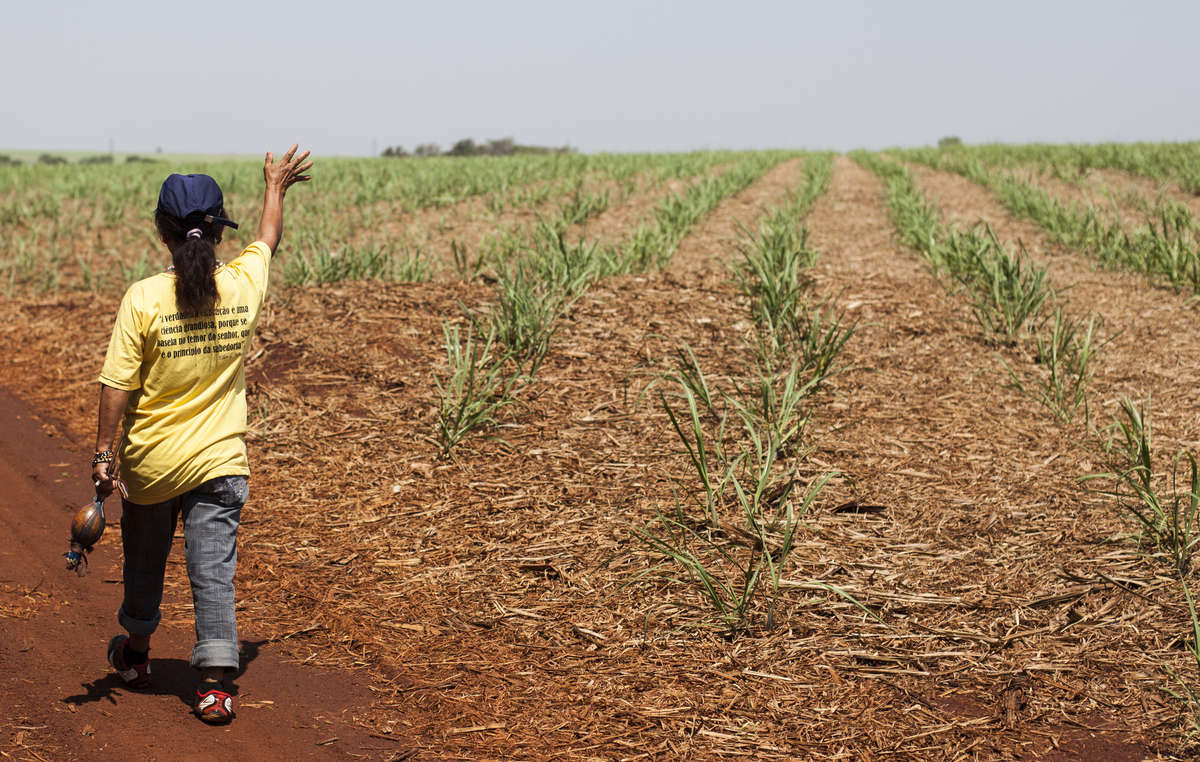 Damiana, a Guarani woman, performs a ceremony on her land. What used to be forest is now a vast farm. © Paul Patrick Borhaug/Survival

Tonico Benites Guarani, a spokesman for the tribe, recently visited Europe to urge international action on his people’s plight and told Survival: “A slow genocide is taking place. There is a war being waged against us. We are scared. They kill our leaders, hide their bodies, intimidate and threaten us… If nothing changes many more young people will kill themselves, and others will die of malnutrition. The impunity of the ranchers will continue and the Brazilian government will be able to continue killing us.”

The Guarani have made numerous attempts to reoccupy their lands, but have been harassed, intimidated and attacked by ranchers’ gunmen.

Under international and Brazilian law, the tribe has a right to their land. If the government returns it to them, they will have a chance to defend their lives, protect their lands and determine their own futures.

In April, Survival International launched its “Stop Brazil’s Genocide” campaign to draw attention to the threats facing the Guarani, the plight of Brazil’s uncontacted tribes – who are among the most vulnerable peoples on the planet – and PEC 215, a proposed change to Brazilian law which would undermine tribal land rights and lead to the break up and exploitation of existing Indigenous territories.

As the Olympics approach, Survival supporters around the world are pushing Brazil to return the Guarani’s land and stop PEC 215, and to map out the territory of the uncontacted Kawahiva people to prevent their annihilation.

Survival’s Director Stephen Corry said: “This is undoubtedly the most serious and sustained attack on Indigenous rights that Brazil has seen since the end of the military dictatorship, and it’s picking up pace. The media has focused on Brazil’s political turmoil in the run up to the Olympics, but very little has been said about the systematic annihilation of Brazilian Indigenous peoples through the violation of their land rights. It was the genocide of Brazilian tribal peoples that prompted the foundation of Survival in 1969, and enormous progress has been made since. Now, almost half a century later, genocide is back on the table.”