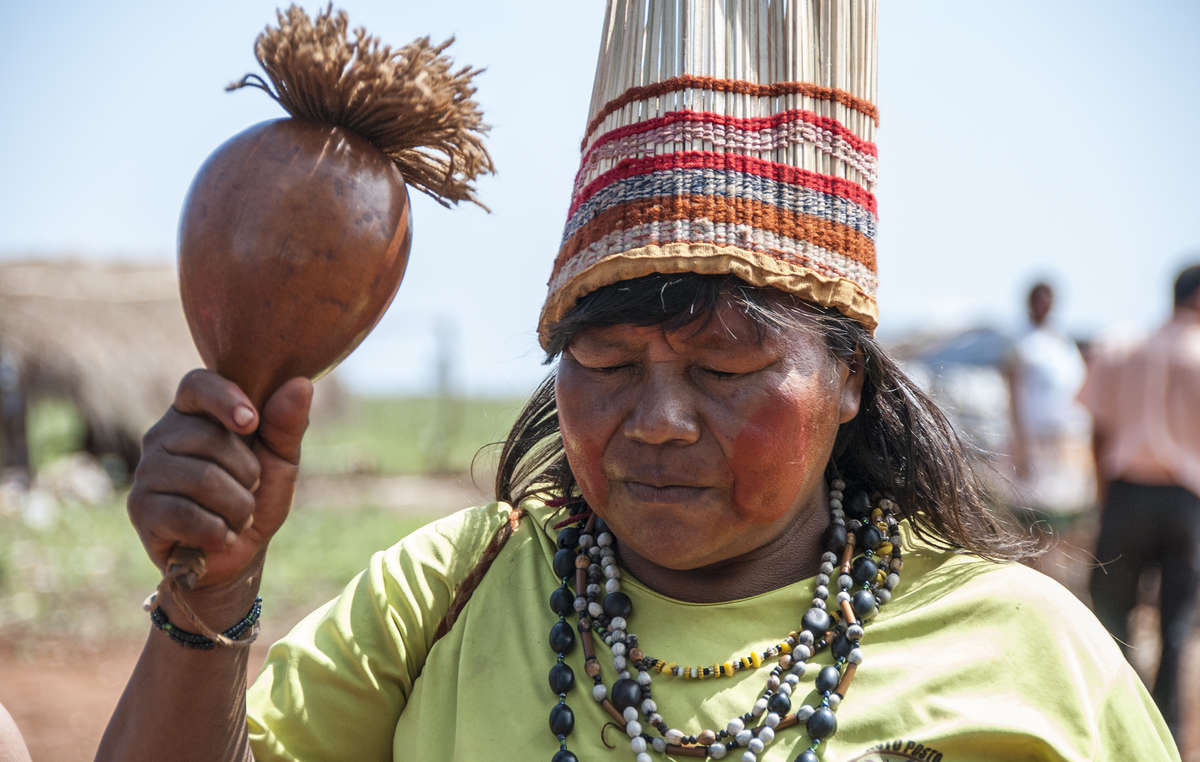 The Guarani Kaiowá face brutal violence and the theft of their ancestral land, and suffer from the highest suicide rate in the world. © Fiona Watson/Survival

Survival International has launched a campaign to prevent the annihilation of tribal peoples in Brazil to coincide with the 2016 Olympic Games in Rio.

Today is Brazil’s “Day of the Indian,” highlighting Indigenous causes and culture across the country.

Despite the political chaos currently engulfing Brazil, the campaign aims to bring attention to serious human rights issues and threats facing the country’s Indigenous people. These threats persist regardless of the political turmoil in the country.

The campaign, “Stop Brazil’s Genocide,” focuses on protecting uncontacted tribes of the Amazon such as the Kawahiva people; ending violence and land theft directed against the Guarani Indians in southern Brazil; and stopping PEC 215, a proposed constitutional amendment which would seriously undermine Indigenous land rights and spell disaster for tribes nationwide.

For decades, Survival has campaigned on behalf of uncontacted tribes – of which there are estimated to be more than 100 in Brazil. They are the most vulnerable societies on the planet. Peoples like the Kawahiva are being wiped out by violence from outsiders who steal their land and resources, and by diseases like flu and measles to which they have no resistance.

The Kawahiva are an uncontacted tribe, who face devastation from violence and disease © FUNAI

In southern Brazil, ranchers have devastated the territory of the Guarani people, and nearly all of their land has been stolen. Guarani children starve and their leaders are being assassinated by ranchers’ gunmen, one by one. Hundreds of Guarani men, women and children have committed suicide.

Finally, PEC 215 would, if implemented, give landowners the chance to block the recognition of new Indigenous territories, and could enable them to break up existing ones. As tribes depend on land for their very survival, this would pose an existential threat to many peoples, fatally undermining their human rights.

Survival is arguing that collectively, these causes comprise a genocidal threat to tribal peoples in Brazil which must be stopped.

Survival’s Director Stephen Corry said: “Tribal peoples have been steadily annihilated across the Americas for centuries. That has to end. Instead of looking at tribes as inconvenient obstacles to “progress," Brazil must recognize that they are an intrinsic part of its modern nation, and deserve to have their land rights protected so they can survive and thrive. Political crisis or not, these are crucial issues which must be taken seriously. All eyes are on Brazil as it prepares to host the Olympics, and it’s up to Brazilians to make sure history looks back at their generation favorably.”