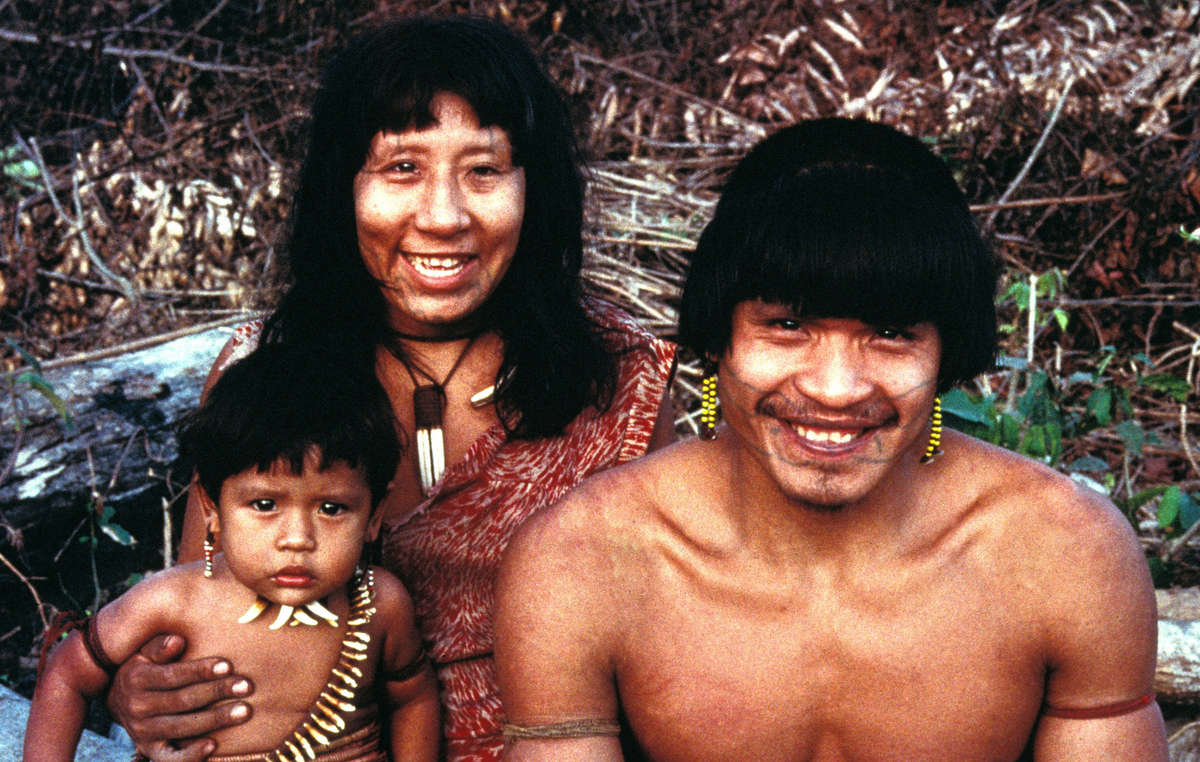 The Uru Eu Wau Wau are famous for tattooing around their mouths with genipapo, a black dye made from an Amazonian fruit. © Fiona Watson/Survival (1991)

Waves of ranchers and other settlers are overrunning the territory of a recently-contacted Brazilian tribe with the support of local politicians. It is being described in the region as “the worst land invasion in decades” and could wipe out nearby uncontacted people.

The Uru Eu Wau Wau Indians are known as the “Harpy Eagle” people, as they use the bird’s huge feathers to make hunting arrows and headdresses. They call their uncontacted neighbors the Jururei, meaning “brave ones.”

We know very little about uncontacted peoples, but we do know that whole populations are being wiped out by genocidal violence from outsiders who steal their land and resources, and by diseases like flu and measles to which they have no resistance. The Uru Eu Wau Wau were decimated following first contact in the 1980s. 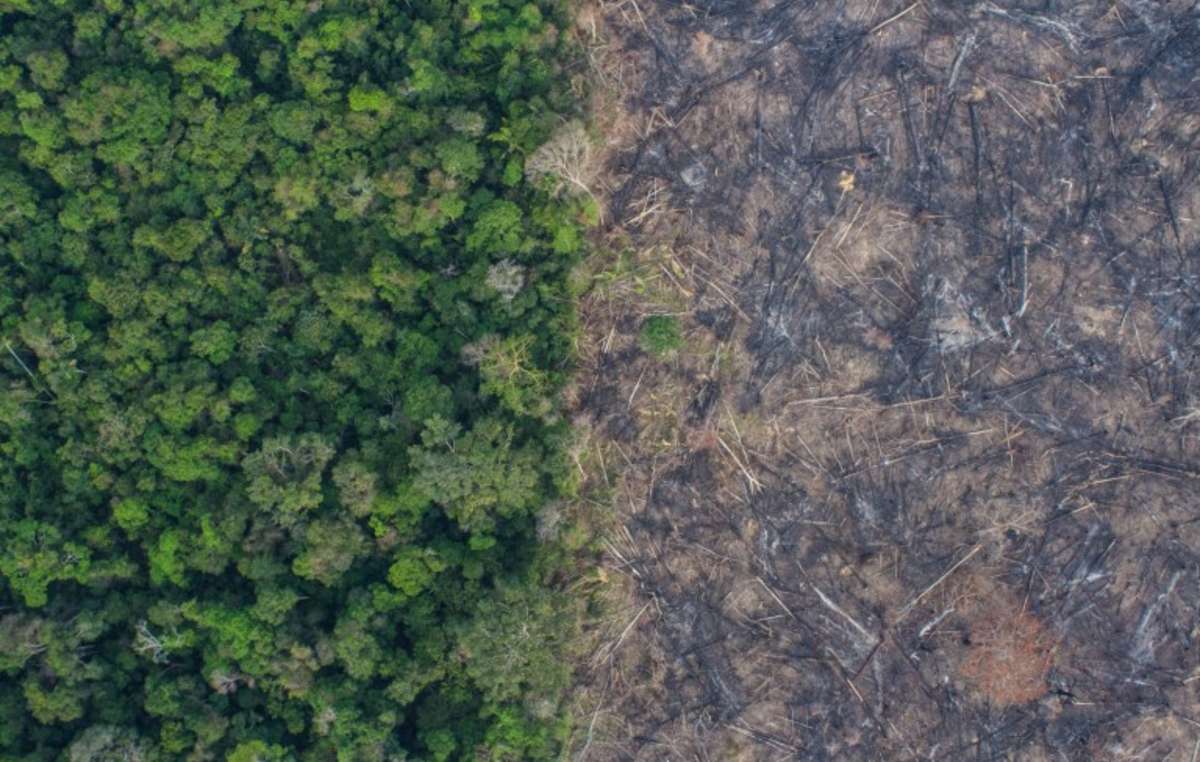 Clear felling and burning of forest in Rôndonia photographed from the air by Brazilian NGO Kaninde, close to uncontacted people and the Uru Eu Wau Wau © Kaninde

The Rôndonia state government operates a long-standing colonization scheme next to the tribe’s territory. Settlers are now entering the territory, despite the fact part of it is a national park, and three groups of uncontacted Indians live inside it. Local landowners and politicians are now promoting a new wave of invasion.

Aerial photos show large areas of the tribe’s territory being burned down by settlers clearing the land. As well as several tribal peoples, the region is also home to unique Amazonian pine trees as well as a distinctive landscape of waterfalls, cave formations and plateaus. Endangered species like the black shouldered opossum, giant armadillo, and razor billed curassow depend on these environments for their survival.

Members of the tribe wrote to federal police on August 8, but the authorities have yet to act. In the letter, the Indians said: “We are very worried because the invasions are close to our villages and putting the lives of women, old people, children and men at risk…. The situation is extremely serious and the invaders must be removed quickly before Indians and invaders die in confrontations inside the Indigenous territory.” 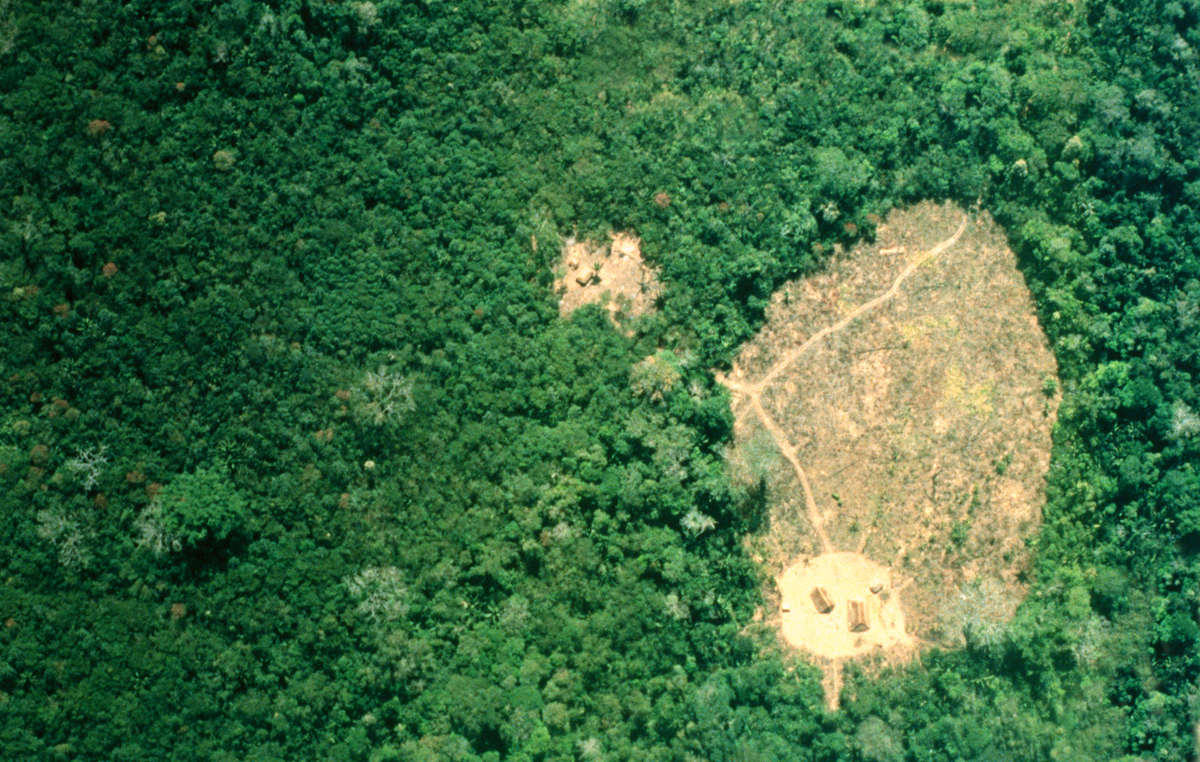 The Uru Eu Wau Wau tribe was contacted by Brazilian government agents in 1981. Official policy at the time was to forcibly contact uncontacted tribal peoples. This led to them being exposed to infectious diseases.

Although the tribe’s land rights were officially recognized in 1991, campaigners are concerned that not enough is being done to protect their hugely biodiverse homeland. Uncontacted tribes are the most vulnerable peoples on the planet, and face catastrophe unless their land rights are respected.

Survival’s Director Stephen Corry said: “Land theft is the biggest problem tribal peoples face. Around the world, industrialized society is stealing tribal lands in the pursuit of profit. What’s happening in Brazil is simply a continuation of the invasion and genocide which characterized the European colonization of the Americas and it’s time this land theft was recognized for the serious and deadly crime it is. Uncontacted peoples’ right to their land is protected in Brazilian and international law and government should respect this.”