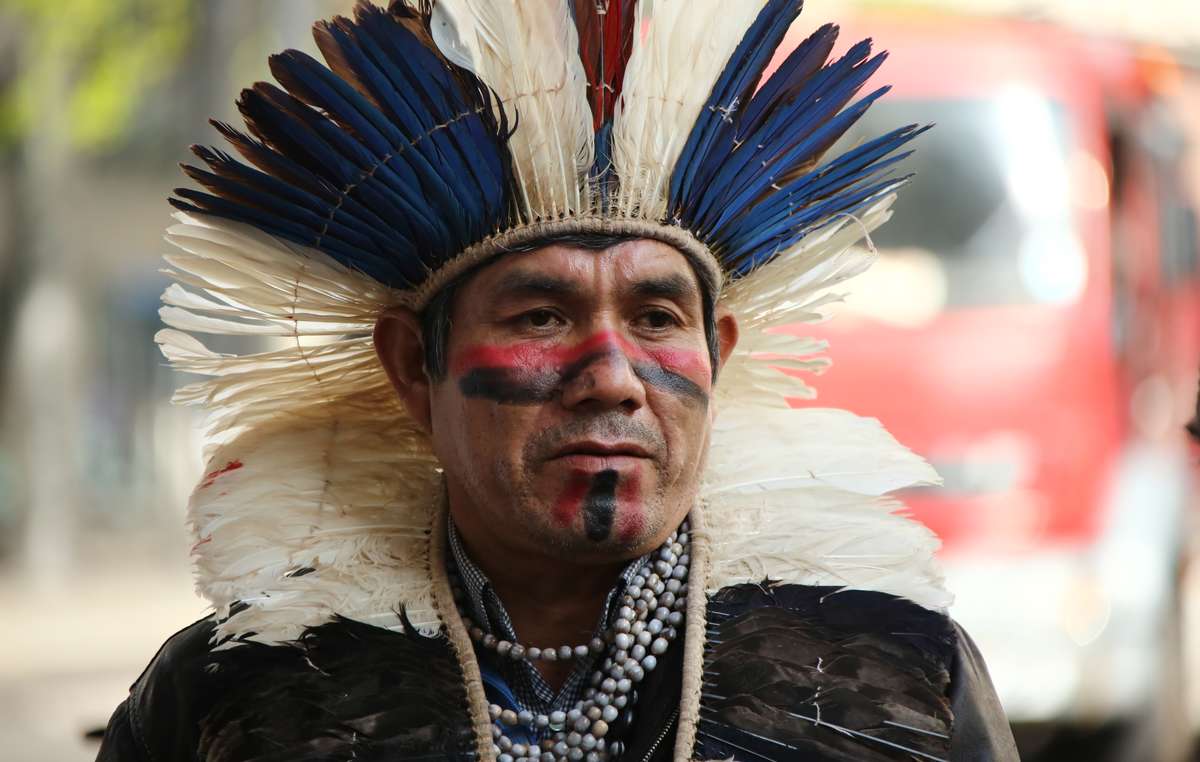 This page was last updated on November 15, 2018 and may contain language which is now outdated.

A global wave of protest organized by Survival International has called for a halt to the destruction of tribal peoples’ land, lives, and human rights in Brazil, on the country’s Day of the Indian.

Survival supporters and members of the public demonstrated at the Brazilian embassy in London, demanding land rights for the Guarani and other tribes across the country. They were joined by Guarani activist Ladio Veron.

Ranchers and agribusiness have forced the Guarani off their ancestral land in central Brazil into lives of poverty. Many are forced to live on roadsides, drinking polluted water and living in makeshift camps. 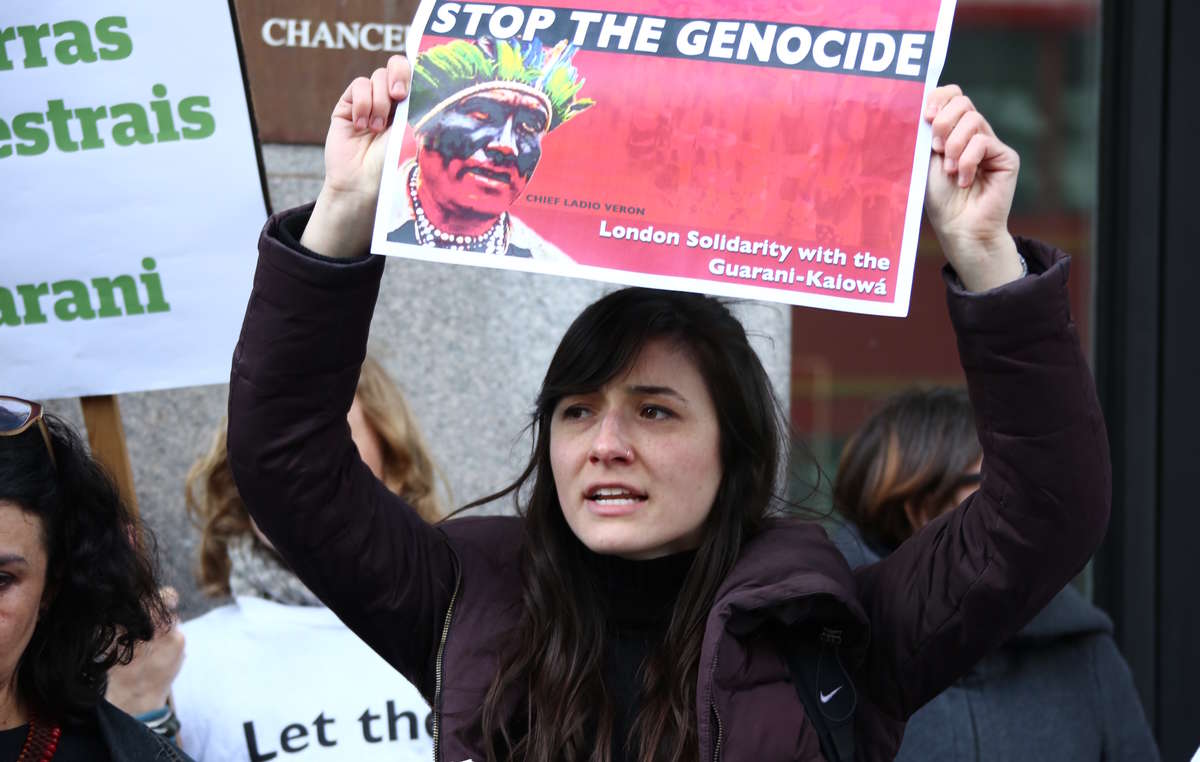 Their plight has been described by the UN as a humanitarian crisis. The tribe also suffers the highest suicide rate in the world.

Ladio Veron is currently touring Europe to raise awareness of his people’s plight. He said of the Guarani’s campaign to return to their ancestral land: “We will resist at any price. All we have left to lose is our lives.”

The Guarani face harassment by gunmen hired by ranchers and other powerful vested interests on an almost daily basis. When they try to reoccupy the land which is rightfully theirs under Brazilian and international law, they frequently suffer violent reprisals.

Tribes nationwide are forcefully opposing a wave of anti-Indigenous proposals currently being debated by politicians. If passed into law, they could give anti-Indian landowners the chance to block the recognition of new Indigenous territories, and break up and steal existing ones. This would be disastrous for Brazilian tribes, and could lead to uncontacted tribes being wiped out.

Survival International is leading the global fight for tribal peoples’ land rights. The theft of tribal land destroys self-sufficient peoples and their diverse ways of life. It causes disease, destitution and suicide. The evidence is indisputable.

Survival’s Director Stephen Corry said: “The assault on Brazilian Indians is back with a vengeance. Tribal people are dying as Brazilian politicians deliberately allow ranchers and soya barons to steal and destroy Indian territory. The key to tribal peoples’ survival and prosperity is to ensure their land remains under their control. We are doing everything we can to secure it for them.” 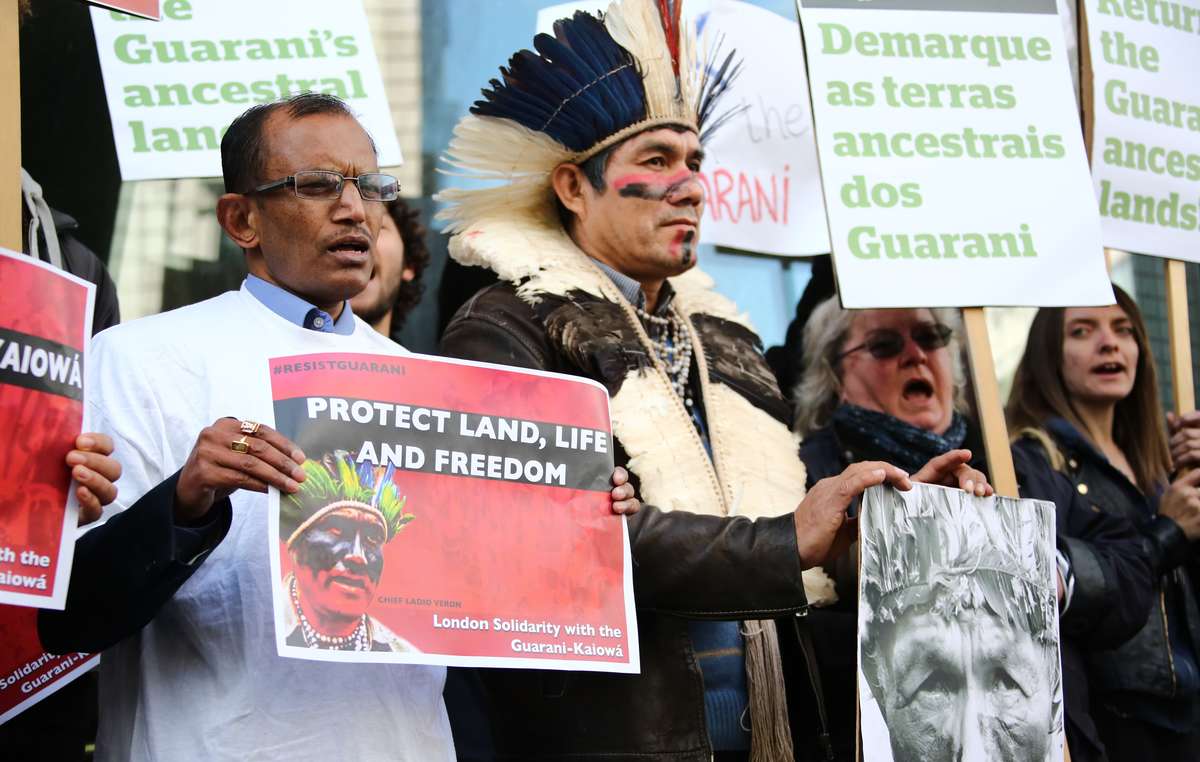 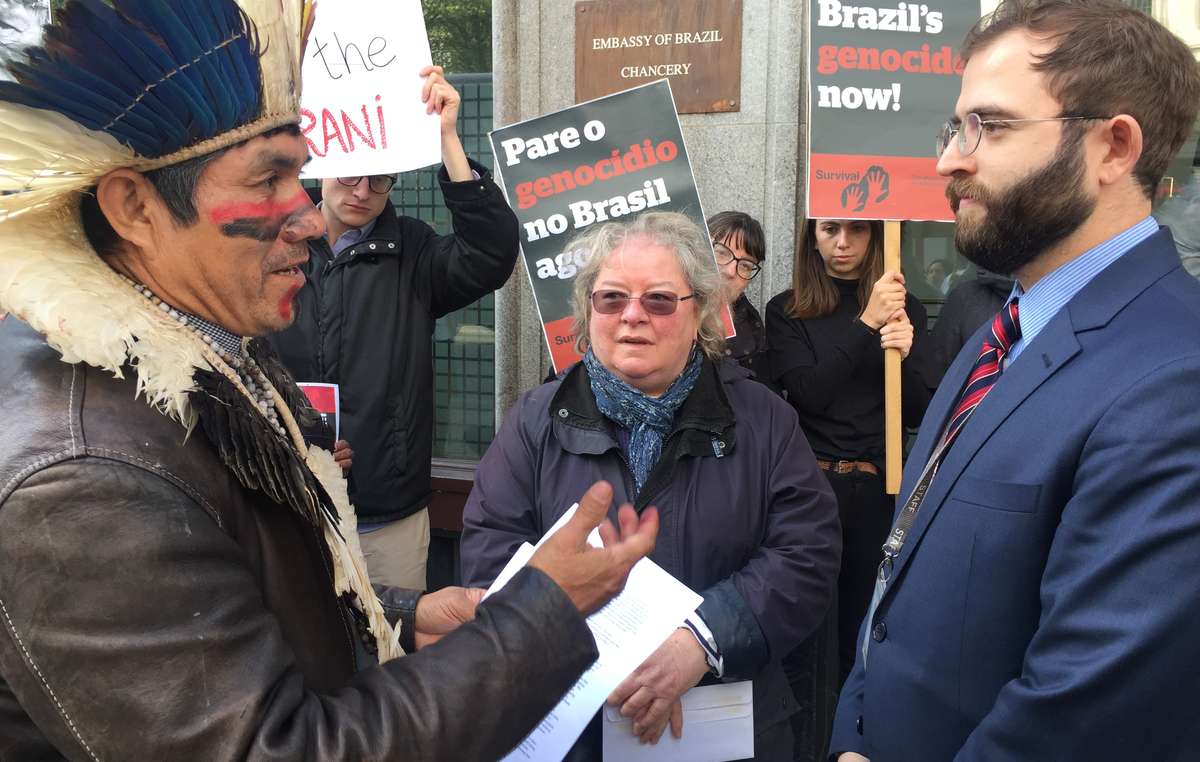 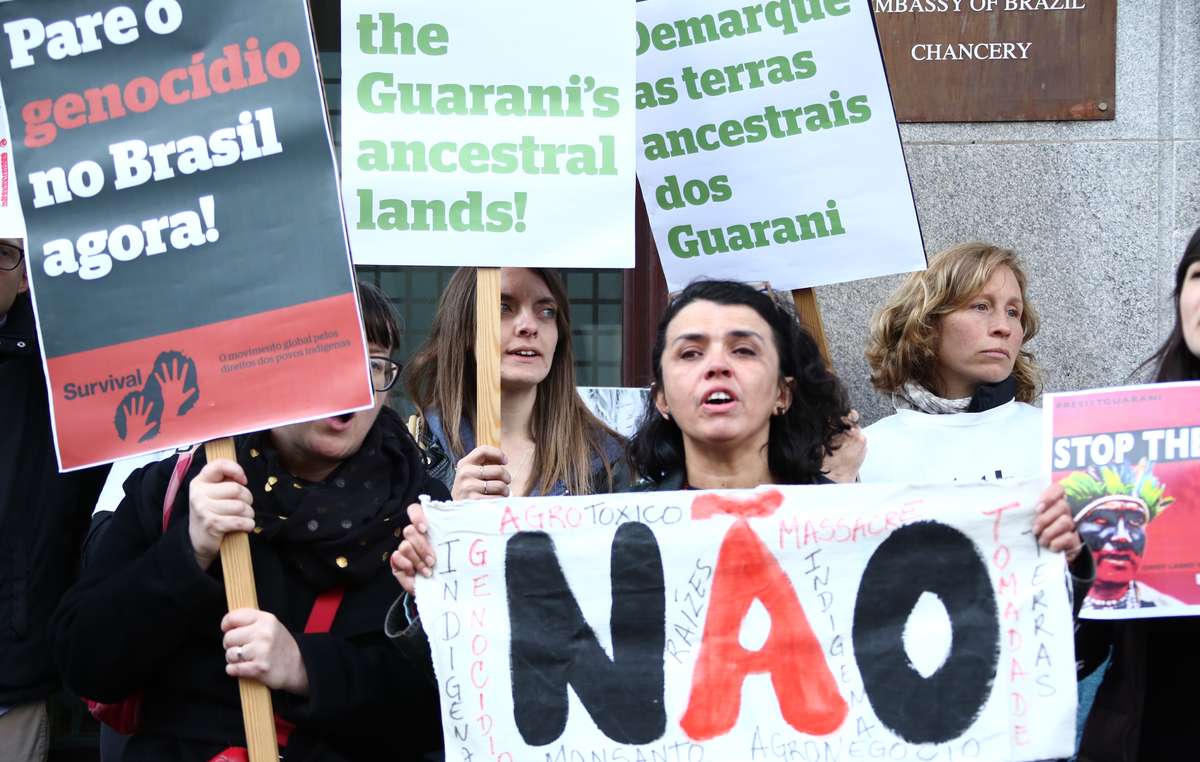 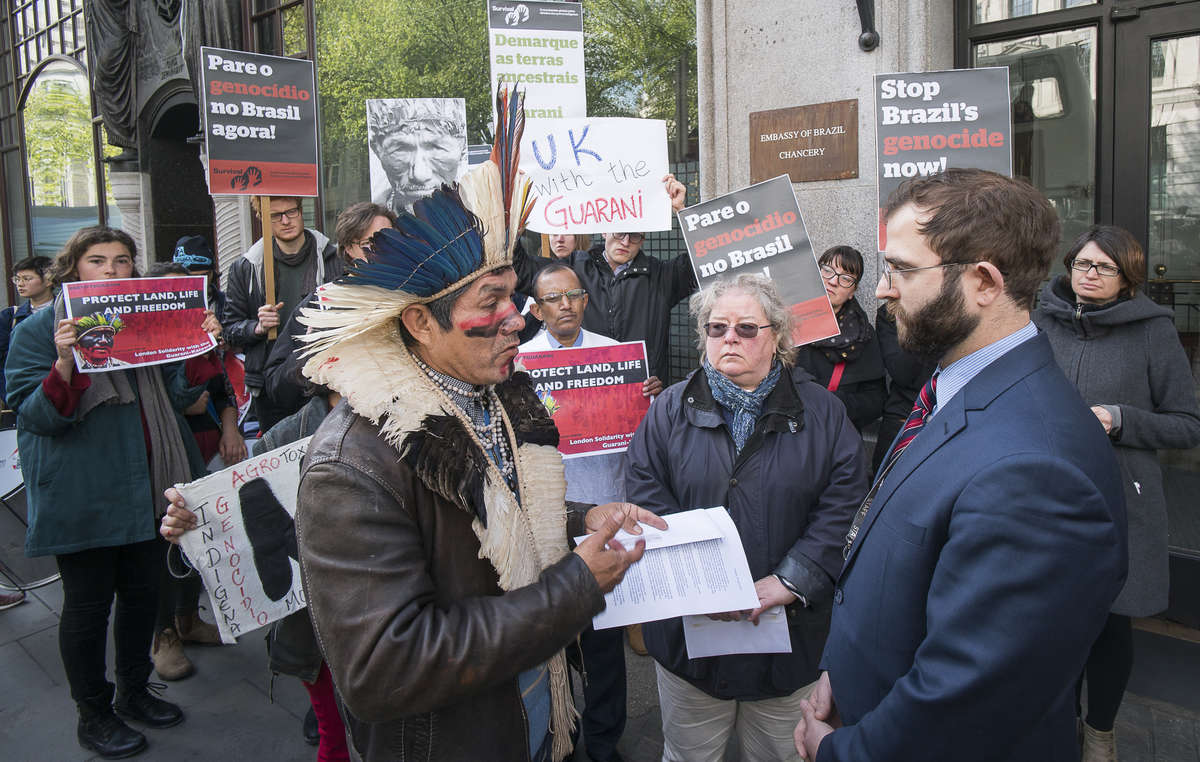 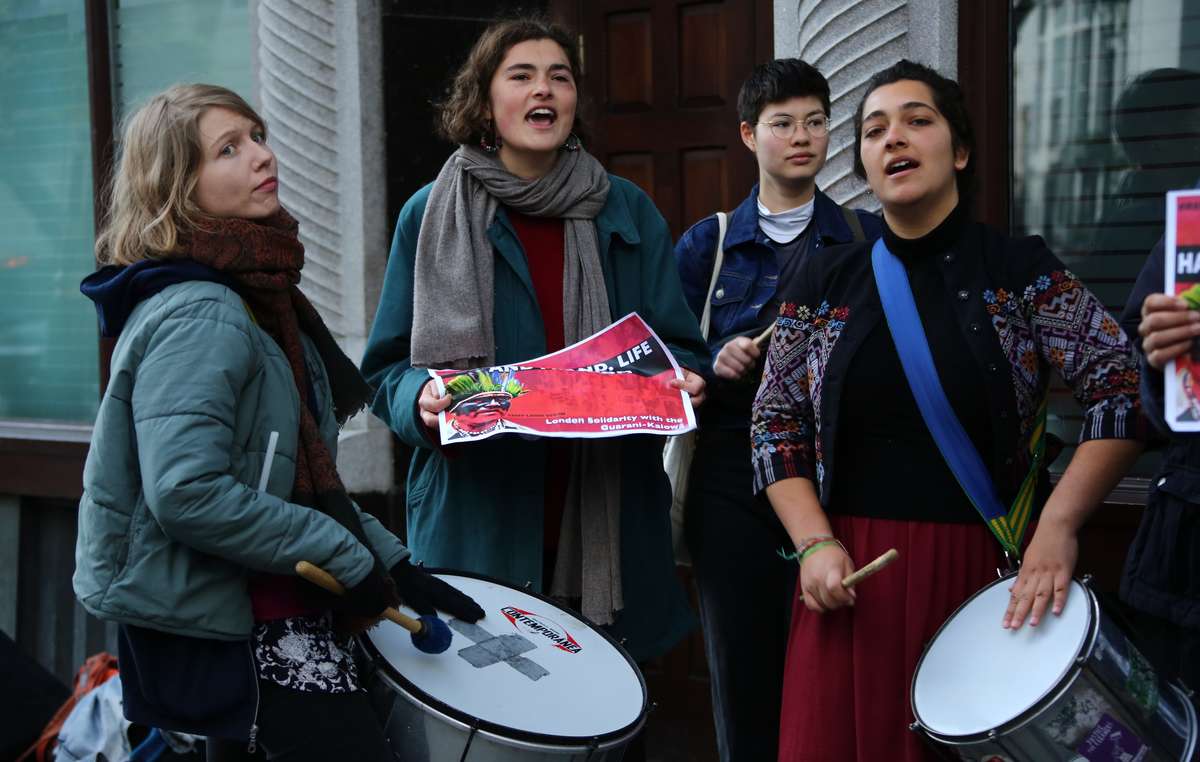 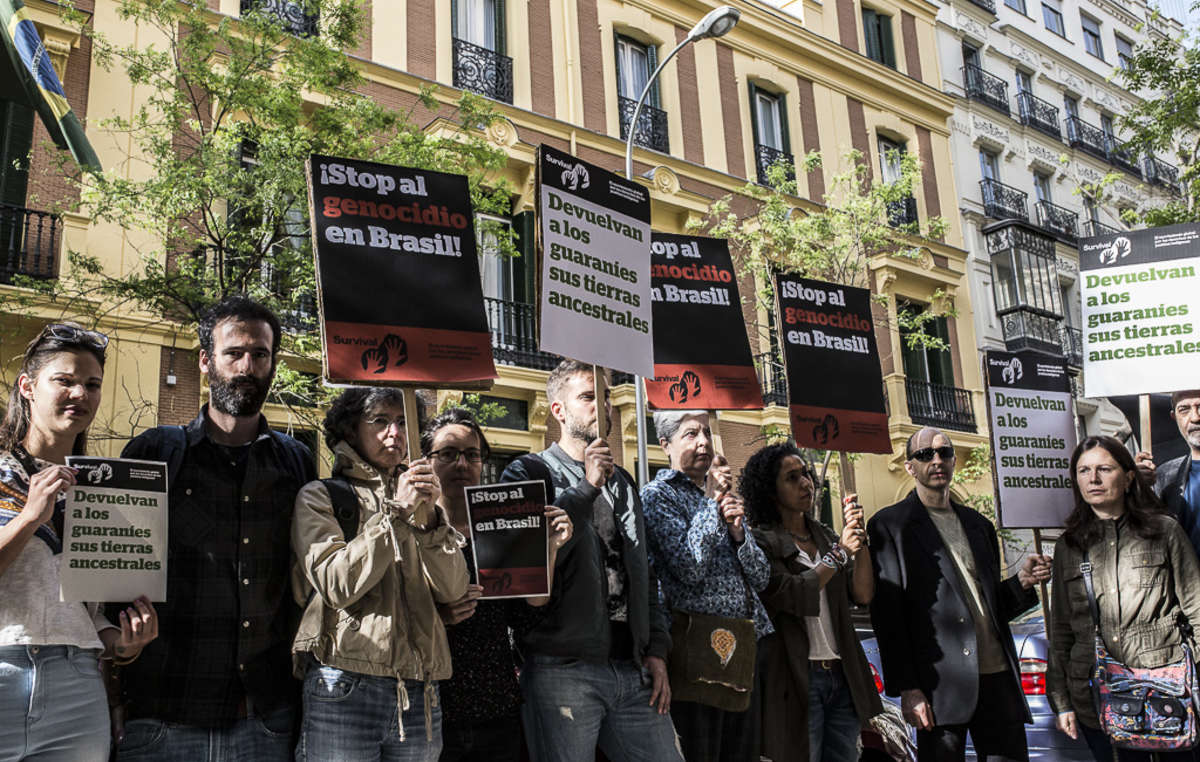 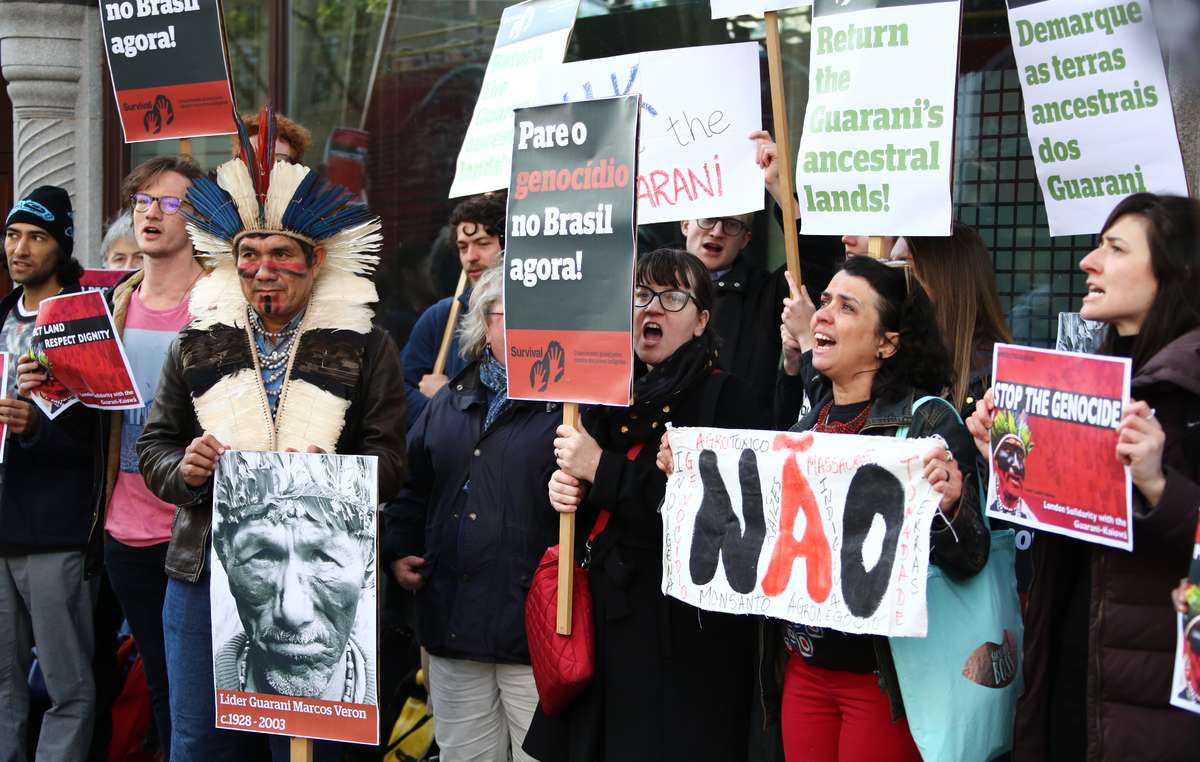 Protestors demanded an end to the theft of indigenous lands in Brazil © Eleanor K. Russell/ Survival 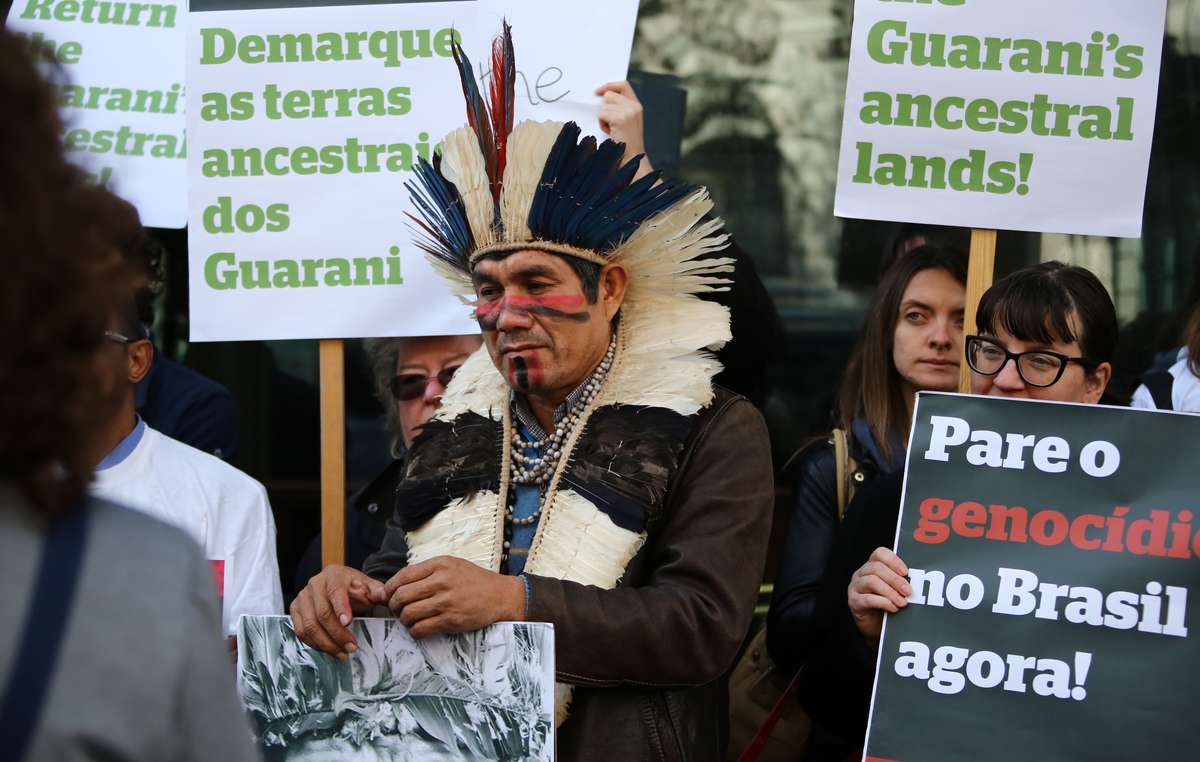 Ladio Veron is touring Europe to protest the theft and destruction of his people’s land © Eleanor K. Russell/ Survival 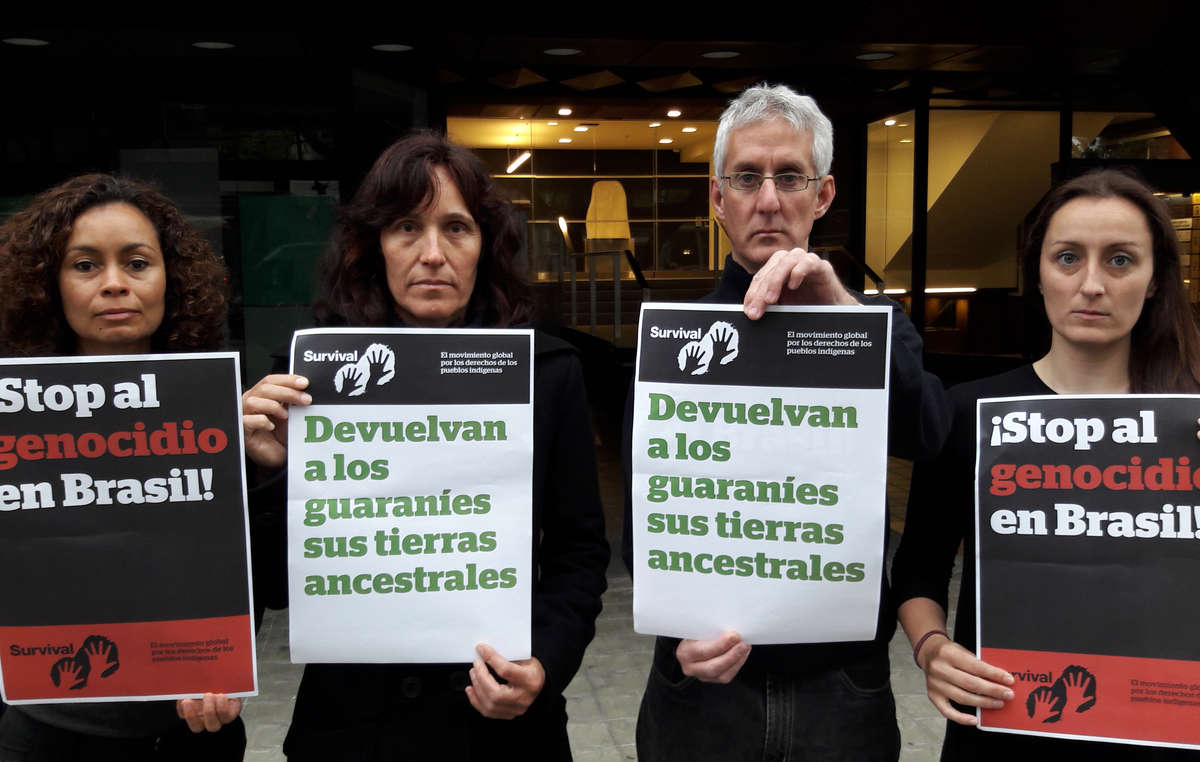 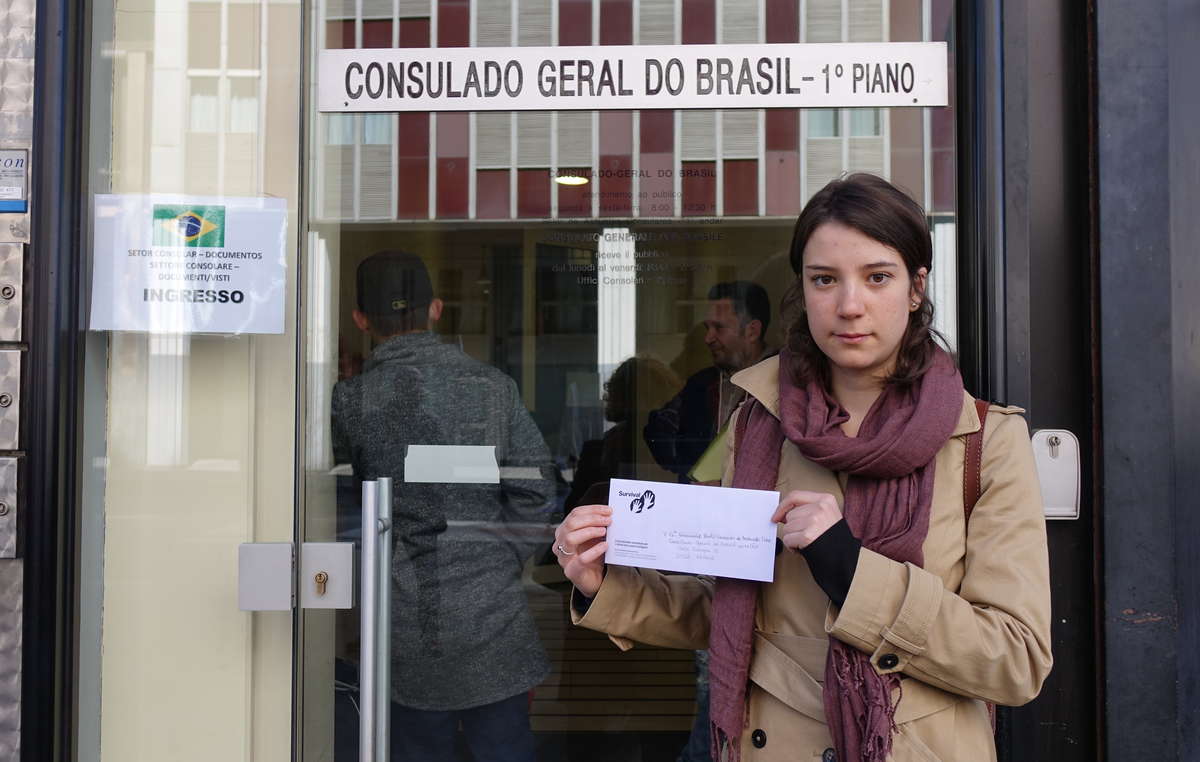 Survival also handed a protest letter in at the Brazilian consulate in Milan, Italy © Survival 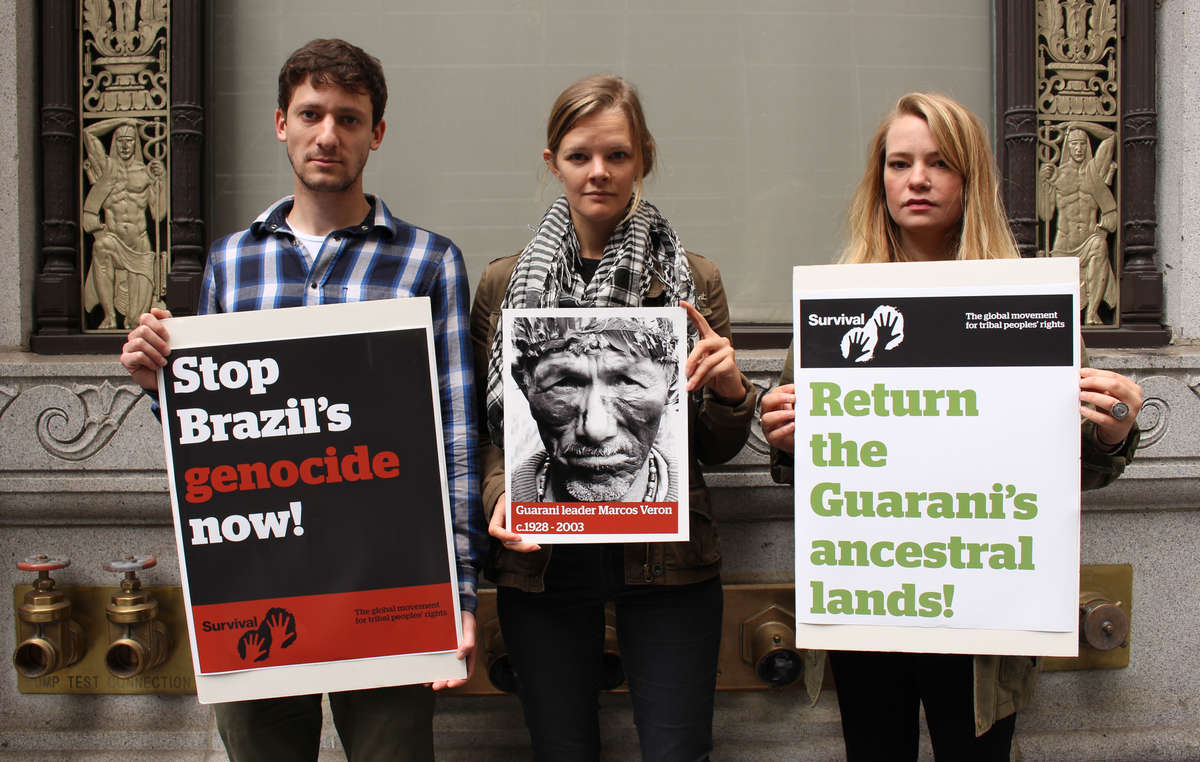 Survival demonstrated at the Brazilian consulate in San Francisco © Survival 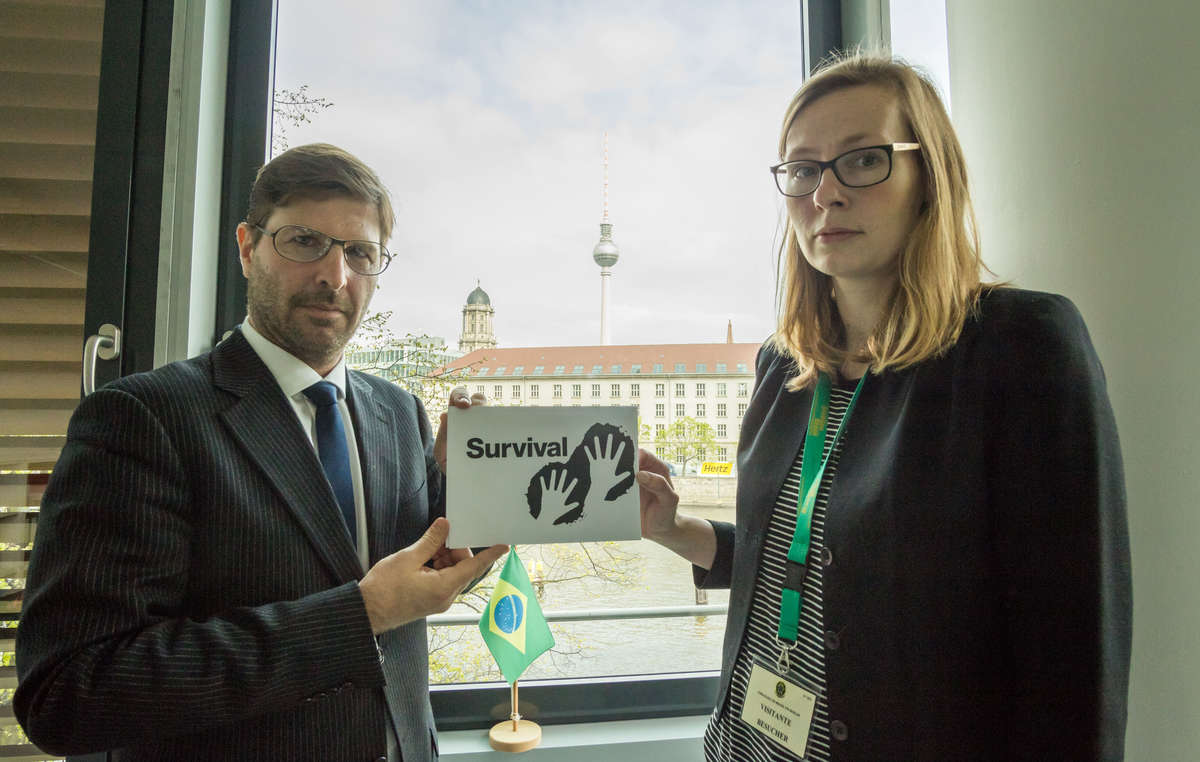 Survival handed a letter to the Brazilian embassy in Berlin, Germany © Survival 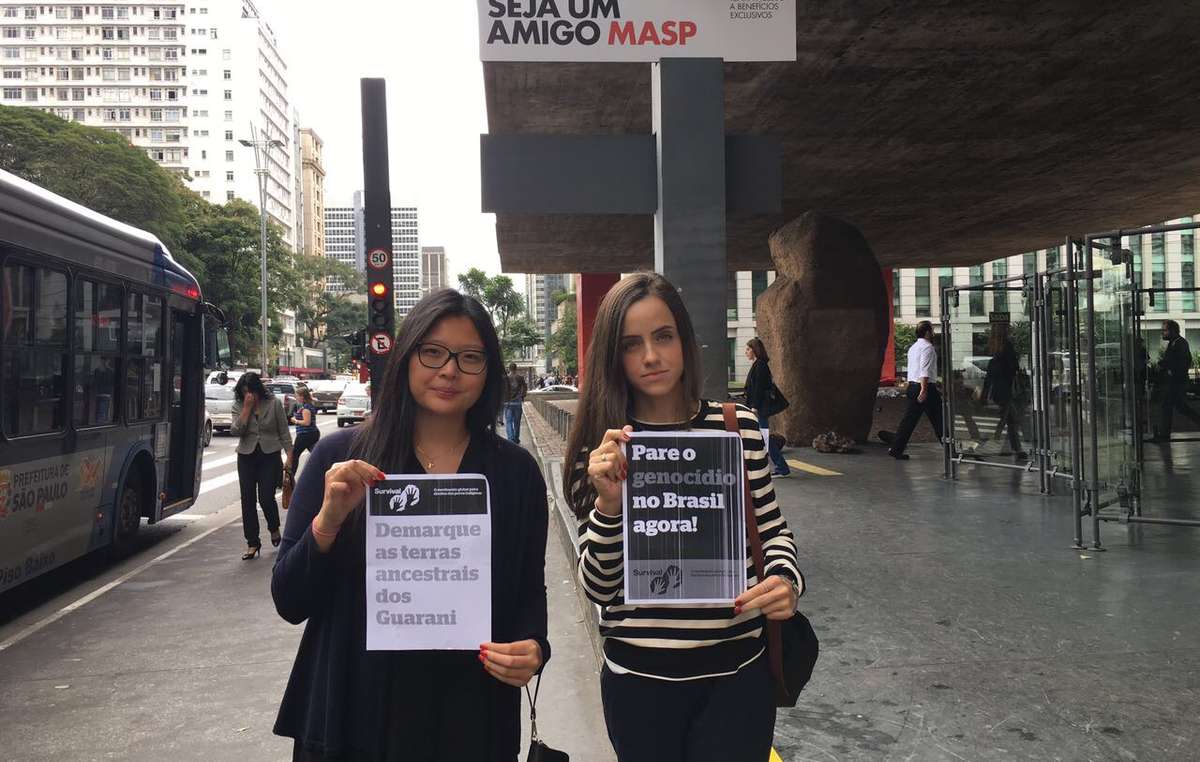 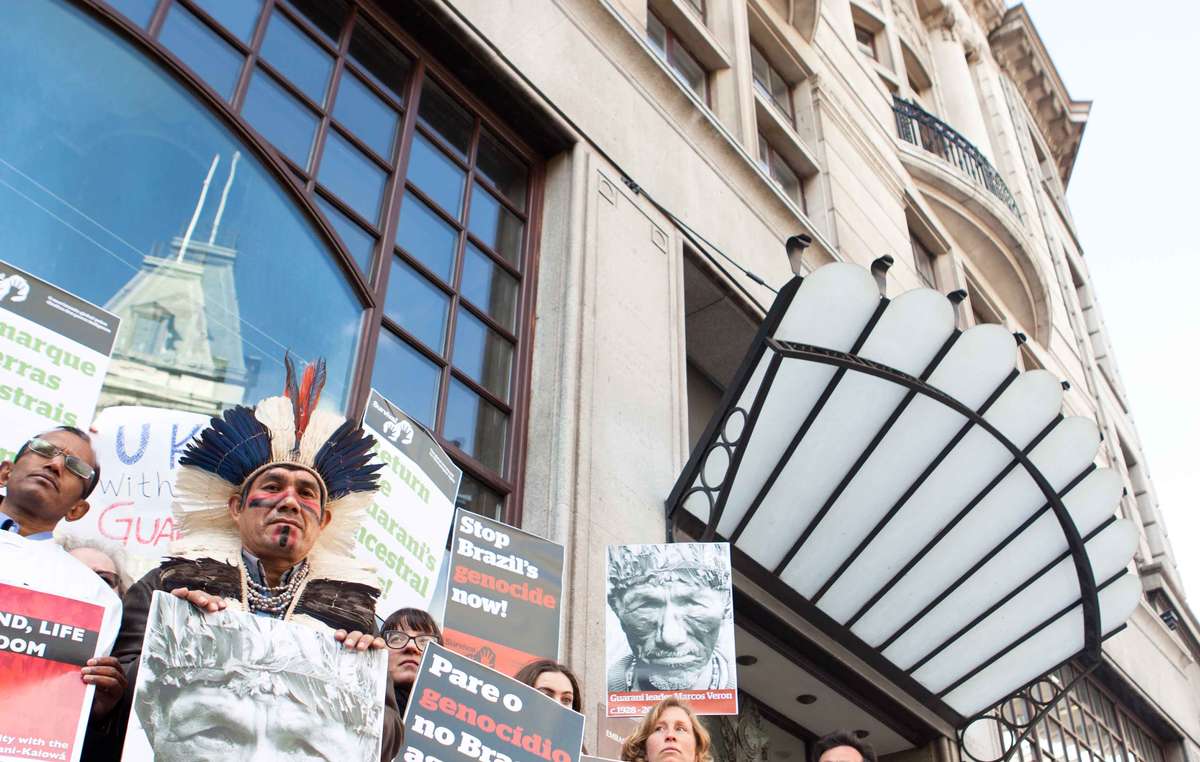 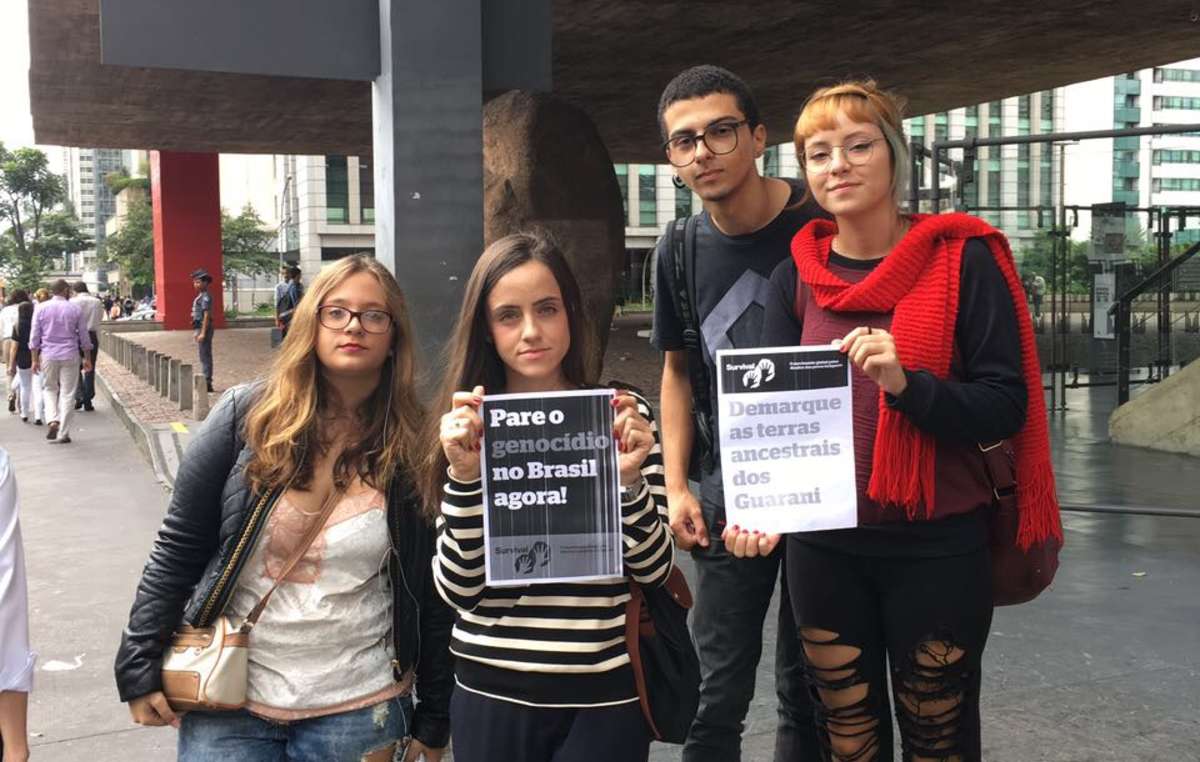