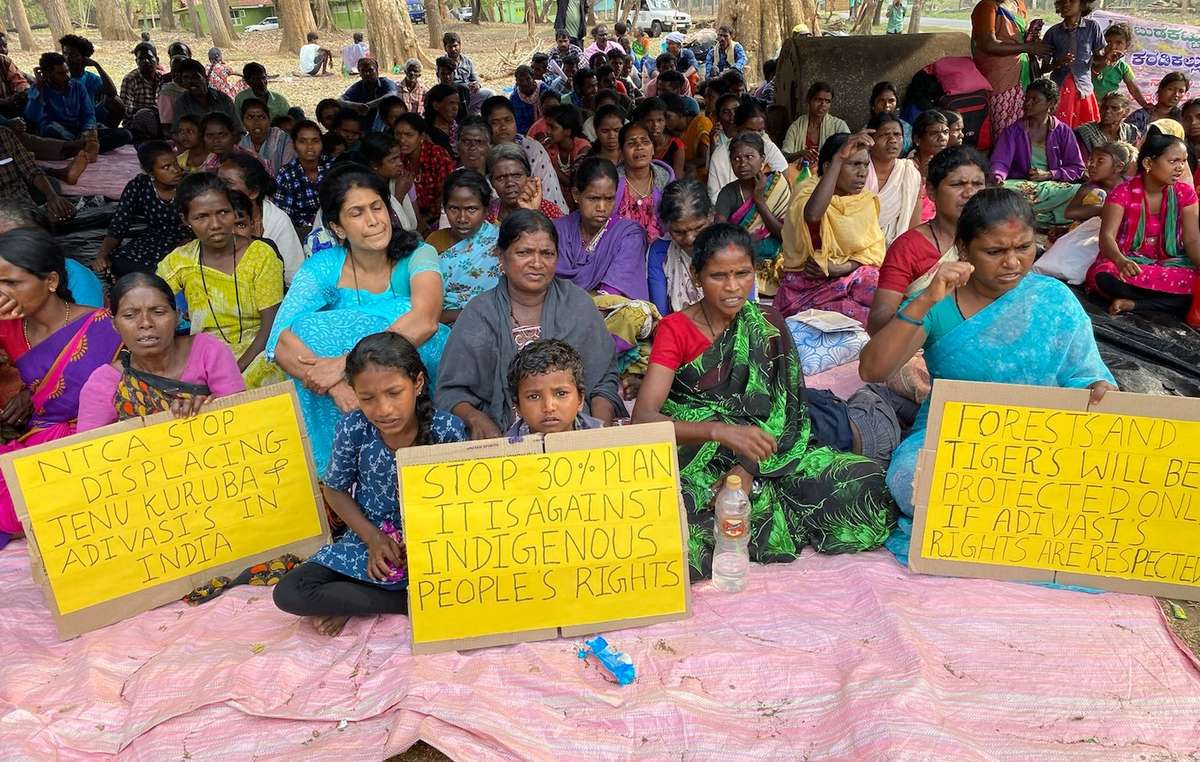 Jenu Kuruba people protesting at the Nagarhole National Park, India, where they’re being threatened with eviction in the name of tiger conservation. © Survival

In a statement issued today, Survival International said the Global Biodiversity Framework (GBF) agreed at COP15 has “failed biodiversity, and could still fail Indigenous peoples if, as we’ve seen before, promises to respect the rights of Indigenous people are ignored by the conservation industry.”

Survival said that the GBF “failed to take the bold step required to really protect nature – to recognize that Indigenous peoples are the best conservationists and that the best way to protect biodiversity is to protect their land rights.”

Crucially, despite a last-minute and powerful intervention by the International Indigenous Forum on Biodiversity, calling for Indigenous territories to count towards the 30 percent target [the plan to turn 30% of the planet into Protected Areas by 2030], this demand was rejected, principally by European countries, despite widespread evidence showing that Indigenous peoples protect their lands better than anyone else and that their territories should be a key mechanism in biodiversity protection. This once again showed that the colonial mentality in conservation – the claim that “Western conservationists” “know best” – is still alive and well.

The head of Survival’s Decolonize Conservation campaign, Fiore Longo said today: “What we saw in Montreal is evidence that we can’t trust the conservation industry, business and powerful countries to do the right thing. We will keep fighting for the respect and recognition of Indigenous land rights. Whoever cares about biodiversity should be doing the same thing."

Fiore Longo and Sophie Grig are available for interview.