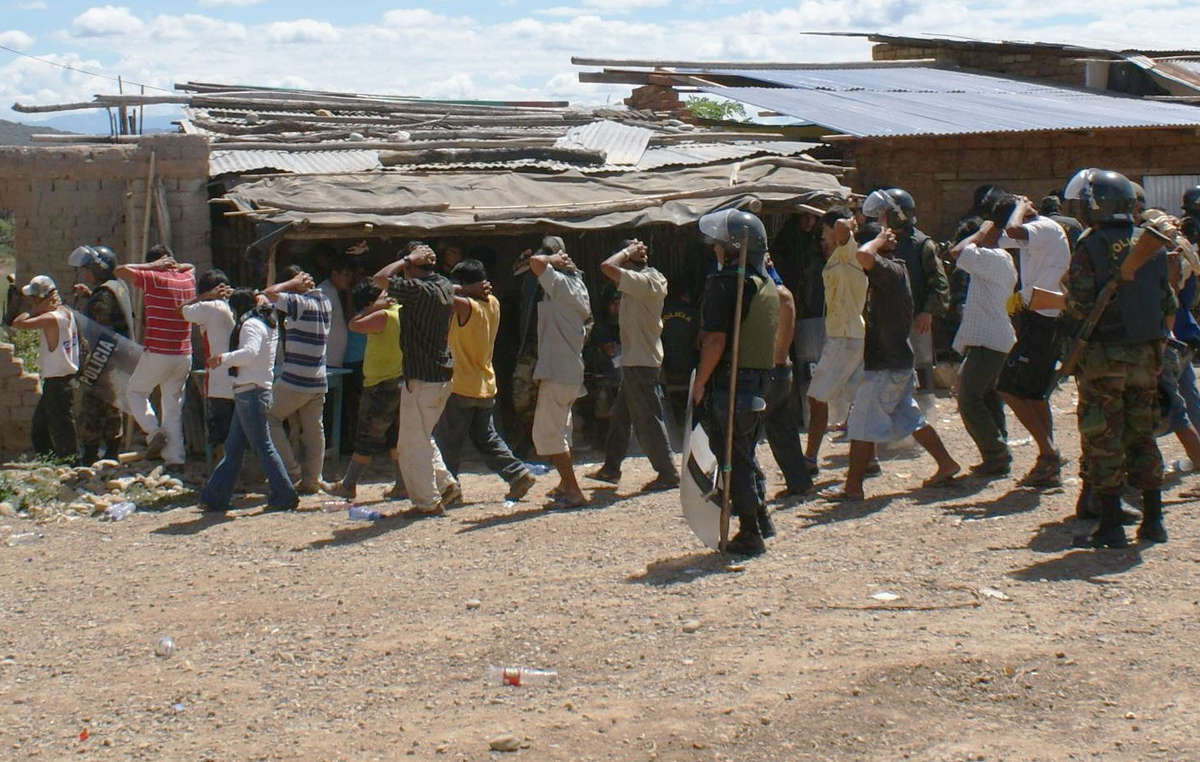 This page was last updated on June 08, 2009 and may contain language which is now outdated.

Survival International today called on all oil companies operating in the Peruvian Amazon to suspend operations as the country comes to terms with the worst political violence since the Shining Path insurgency in the 1980s.

The companies include Anglo-French Perenco (a major gas supplier to the UK), Argentina’s PlusPetrol, Canada’s Petrolifera, Spain’s Repsol, Brazil’s Petrobras and many others.

Violent clashes on Friday between Amazon Indians blockading roads and rivers, and police and army units intent on breaking up the protests have left dozens of Indians, and at least 23 policemen, dead.

The Indians have been protesting for two months against a series of laws which open up their communal rainforests to oil and gas companies. In the last few years more than 70% of the Amazon has been parcelled out to oil and gas companies for exploration, and a series of large-scale finds threaten to transform much of the Indians’ virgin forests. Similar schemes in neighbouring Ecuador have had a devastating effect on the rainforest, and led to chronic pollution and ill-health amongst the Indians who live there.

The government’s response to the protests has been dismissive: President Garcia has rebuffed attempts by Congress to debate the laws at the centre of the controversy, labelling the protests ‘a conspiracy’ and the protesters ‘ignorant’. Peruvian Indian leader Alberto Pizango, speaking before he went into hiding, said, ‘We feel that the government has always treated us as second-class citizens’.

Survival’s Director Stephen Corry said today, ‘Peruvian Indians are being driven to desperate measures to try and save their lands which have been stolen from them for five centuries.

‘Their protests signal that the colonial era has finally drawn to a close. No longer are Amazon Indians prepared to put up with the illegal and brutal treatment which has been routine. That’s finished. This is the Amazon’s Tiananmen. If it finishes the same way, it will also end Peru’s international reputation.

‘Oil companies operating in Peru should suspend their operations until calm is restored and the Indians’ communal land rights are properly respected – only then can they negotiate as equals.’