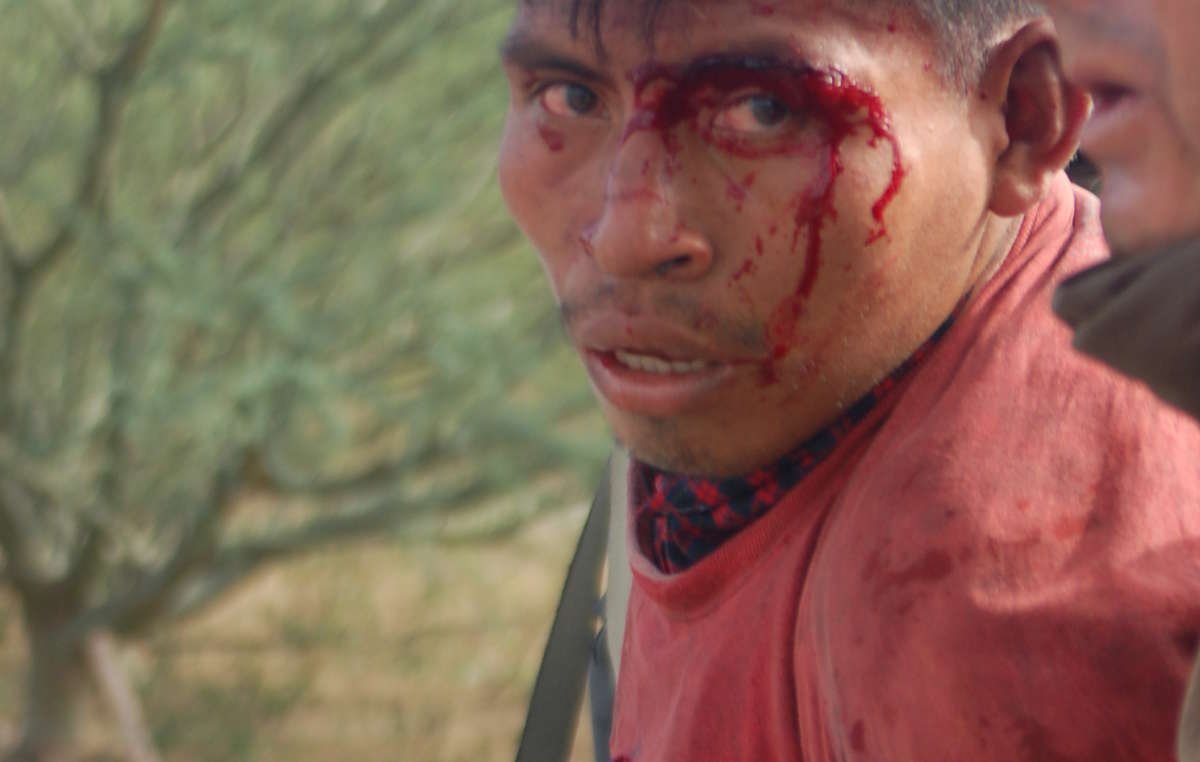 One of many Indians wounded in the Bagua protest is arrested. © Thomas Quirynen

Thousands of protesters marched in towns and cities around the world yesterday in support of Peru’s Amazonian Indians.
Demonstration and vigils were held outside Peruvian embassies and consulates in Bonn, Milan, Madrid, Barcelona, Rome, Paris, Washington DC, Brussels, Quito and many other cities.
There were also demonstrations across Peru, from Iquitos in the Amazon to the capital Lima.
In response to the national and international outcry over the dozens of deaths in last week’s Indian protests, Peru’s Congress has suspended for 90 days two of the decrees which were at the root of the dispute.
The underlying cause of the protests, however, remains – the government’s aggressive push to open up Indian lands in the Amazon to oil, gas and logging companies.
Survival International is lodging formal requests for an independent and impartial investigation into last week’s violence with the Organisation of American States and the UN.
A Peruvian news team was present at the road blockade near the town of Bagua in which scores of people, both Indians and police officers, died last week. Their report (in Spanish) is now available online in two parts, and reveals the chaotic scenes as police broke up the blockade.