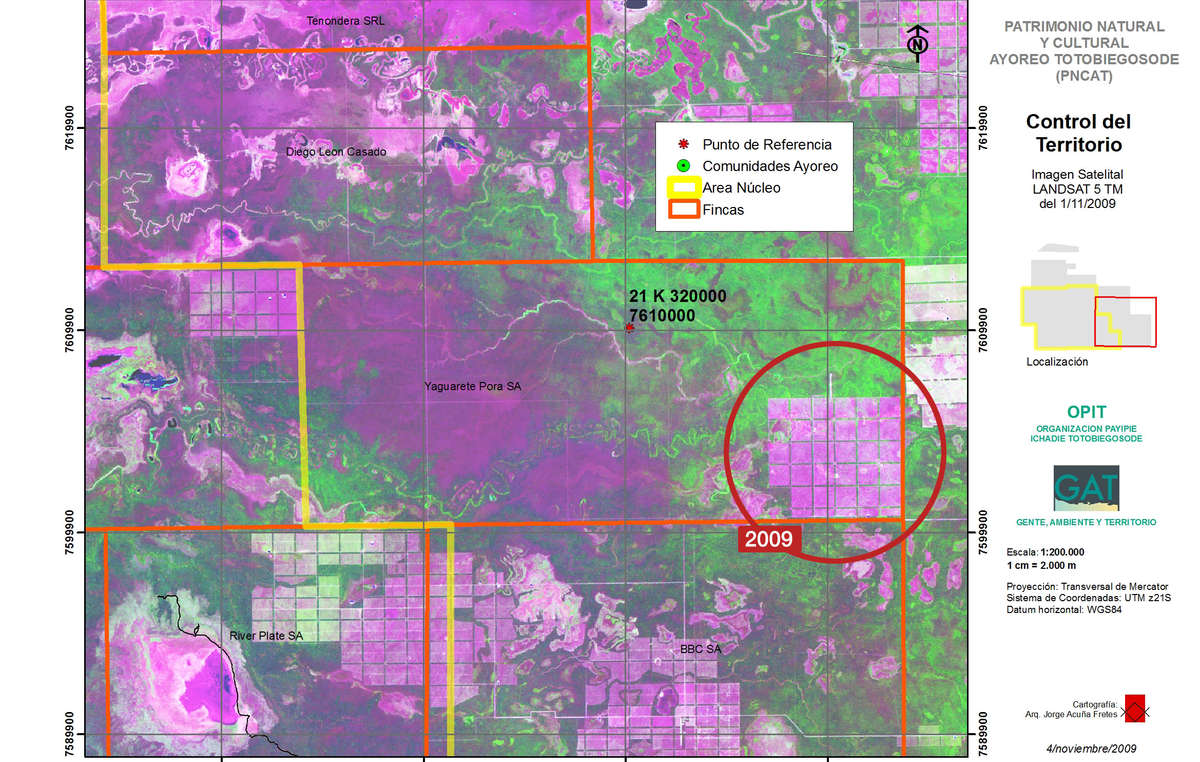 Survival is calling for Brazilian cattle-ranchers involved in a controversial scheme to bulldoze uncontacted Indians’ land in Paraguay to be removed from the UN’s ‘Global Compact’.

The cattle-ranchers’ company, Yaguarete Pora S.A., is a member of the UN ‘Global Compact’, described as a ‘strategic policy initiative for businesses that are committed to aligning their operations and strategies with ten universally accepted principles in the areas of human rights, labour, environment and anti-corruption.’ The ‘Compact’ board is appointed and chaired by the UN secretary-general Ban Ki-moon.

But Yaguarete is destroying land belonging to the Ayoreo-Totobiegosode tribe in flagrant violation of both Paraguayan and international law. The company is the proprietor of 78,549 hectares of ancestral Totobiegosode land and intends to leave only 16,784 hectares of it as ‘continuous forest.’

Yaguarete joined the ‘Global Compact’ in January 2008, just months before it started to bulldoze the Totobiegosode’s forest. By doing so, the company is violating the Compact’s first two principles: 1) ‘Businesses should support and respect the protection of internationally proclaimed human rights; and 2) make sure that they are not complicit in human rights abuses.’

Some Totobiegosode Indians who have already been contacted have repeatedly criticised Yaguarete’s work on their land. The forest being destroyed is the subject of a legal claim submitted by the Totobiegosode in 1993.

Survival’s director, Stephen Corry, said today, ‘Yaguarete cannot be said to be committed to ‘aligning their operations with human rights’. We urge the Compact to blackball Yaguarete from the initiative now – if it doesn’t, it runs the risk of losing all integrity.’