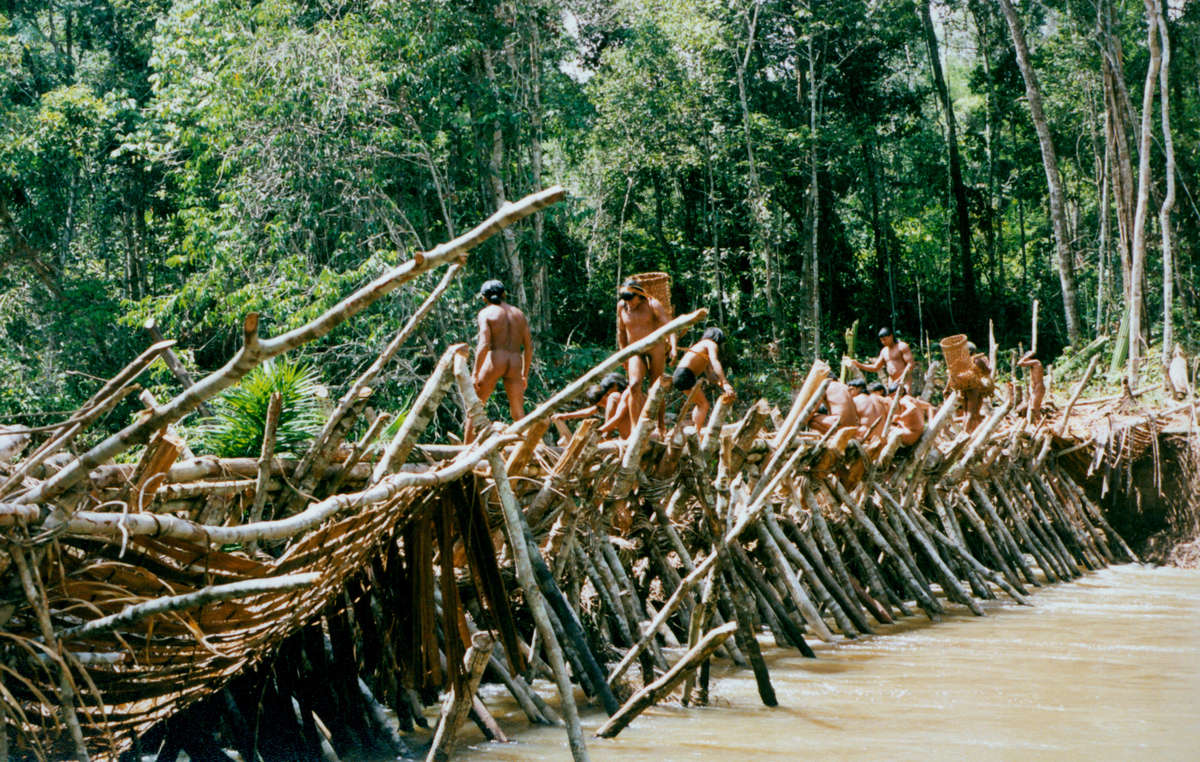 An intricate wooden dam is at the heart of the Enawene Nawe’s Yãkwa ritual. © Fiona Watson/Survival

The Enawene Nawe tribe of Brazil have begun their unique annual fishing ritual, amid fears that the 80 dams planned for the Juruena river basin are destroying their fish.

The tribe’s extraordinary ‘Yãkwa’ ritual is recognized by Brazil’s Ministry of Culture as part of the country’s cultural heritage. But in 2009, for the first time, the ritual could not be practiced, as the tribe found almost no fish in the rivers.

The Enawene Nawe faced a catastrophic food shortage, and the dam construction company was forced to buy three thousand kilos of farmed fish for the tribe.

Some of the planned dams are funded by the Grupo André Maggi company, one of the world’s largest soya producers.

During the Yãkwa ritual the Indians spend several months in the forest, building intricate wooden dams across rivers to trap fish, and smoking the fish before taking them to their villages by canoe.

Yãkwa is a vital part of the Indians’ spiritual culture, and crucial for their diet, as, almost uniquely, the tribe does not eat meat.

In a letter to the UN, the Enawene Nawe say, ‘We don’t want the dams dirtying our water, killing our fish, invading our lands.’

The tribe did not give their consent for the dams. They have mounted blockades and invaded a dam construction site, warning that the dams would cause irreversible damage to their way of life.

Survival’s Director, Stephen Corry, said today, ‘It is a bitter irony that while Yãkwa is now recognized as part of Brazil’s cultural heritage, the ritual could very soon cease to exist. The Enawene Nawe’s entire way of life is in jeopardy.’

Read the Enawene Nawe’s letter to the UN ( PDF in English, Enawene Nawe, and Portuguese).