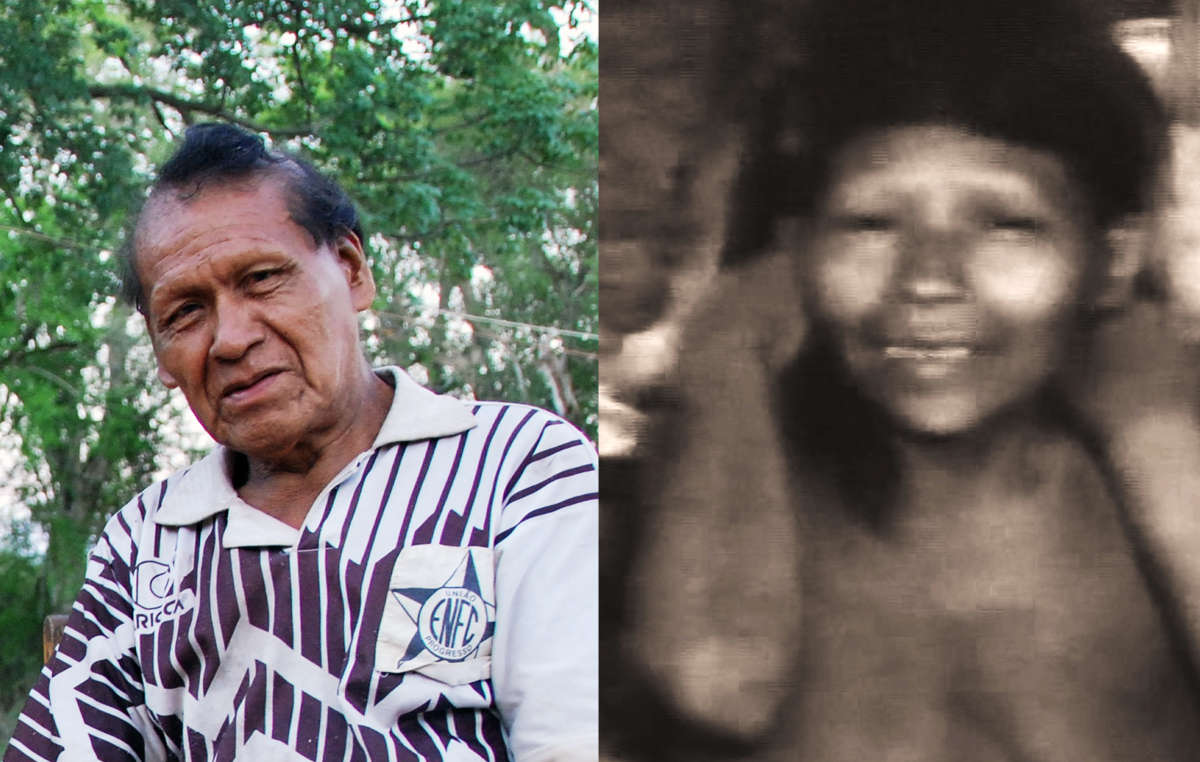 Erui pictured in 2012, and his wife Bajo photographed just after she was captured in 1986. © Survival

Ayoreo Indians have publicly marked the 25th anniversary of Paraguay’s last manhunt, in which over two dozen of the tribe’s members were captured, and five killed.

The US-based fundamentalist missionary organization the New Tribes Mission was closely involved in the manhunt, and faced a storm of criticism.

The moment the uncontacted Indians were attacked was accidentally recorded (mp3 audio file).

Sound of the Ayoreo’s capture.

In the months following their capture, many of the Ayoreo fell critically ill, as they had no immunity to diseases transmitted through first contact.

Ayoreo man Erui has told Survival how he and his wife Bajo were pulled from their forest home in Paraguay’s northern Chaco region in the manhunt of December 1986.

‘My wife was healthy when we came out of the forest, but she became very ill when we were settled and she was so sad. In two months she died. Before, in the forest, she was not sick. But the illness she got afterwards was strong and it killed her.’

Poor health continues to plague the tribe today. An Ayoreo man, Parojnai, who was contacted in 1998, died in 2008 from suspected tuberculosis. His widow, Ibore, died of the same condition last year. 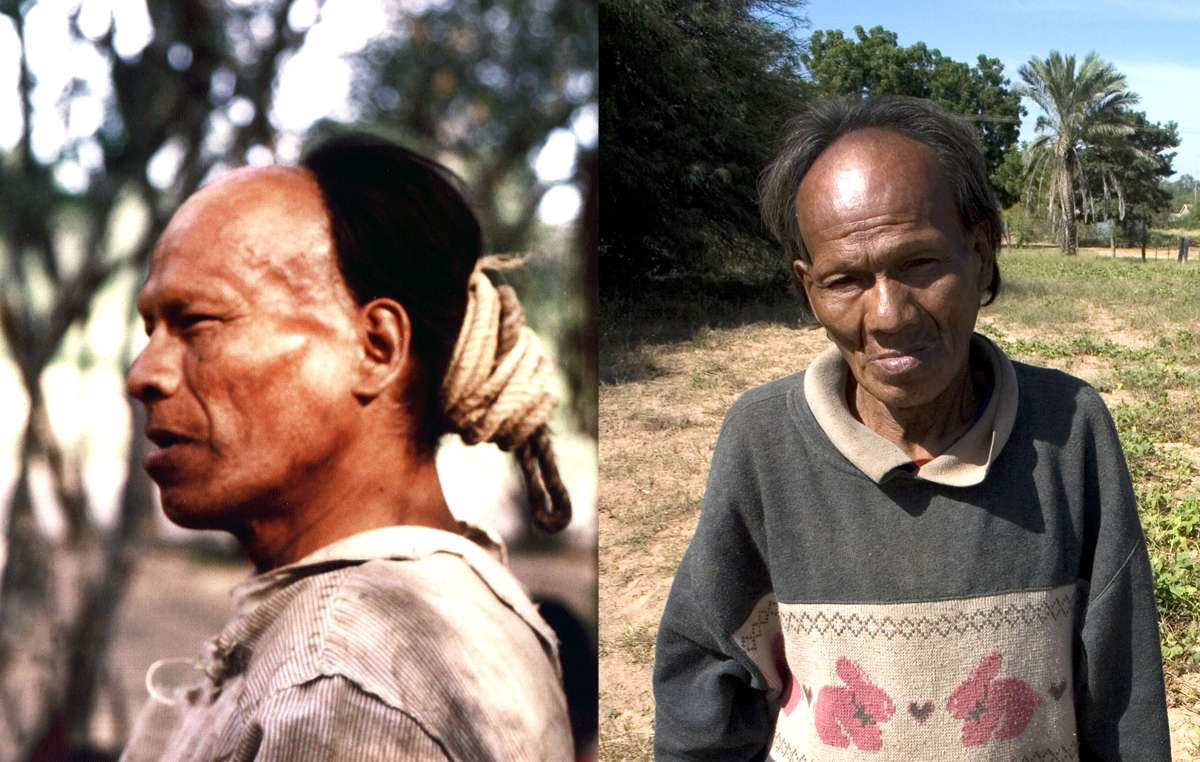 Parojnai the day after he was contacted in 1998, strong and healthy, and shortly before his death from TB in 2008. © Survival

Although the manhunts have now stopped, the danger of forced contact is on the rise as ranchers clear forest protecting the remaining uncontacted Indians.
Earlier this month Survival released government information confirming the presence of uncontacted Ayoreo on farmland that is being illegally cleared for cattle.

Erui said, ‘I still have family living in the forest, (but) there is a lot of deforestation around our land. It’s very worrying for us.’

Survival’s Director Stephen Corry said today, ‘Erui’s personal tragedy is one heartbreak amongst thousands for victims of forced contact. Paraguay’s last manhunt shows how violent unwanted contact is – as well as the haunting legacy it leaves behind, especially in the form of devastating illnesses. How many more times does this have to be proven?’