The campaign against ‘human safaris’ to the Jarawa tribe has won an important victory. © Survival

Survival International’s campaign to stop ‘human safaris’ in India’s Andaman Islands has gained an important victory, after the Supreme Court banned tourists from traveling along the road which cuts through a tribal reserve.

Survival has been campaigning for many years for the road through the Jarawa tribe’s reserve to be closed. It first alerted the world that tour operators were treating the Jarawa like animals in a zoo in 2010. Survival, and Andaman organization Search, had called for tourists to boycott the road.

The Supreme Court had ordered the local administration to close the road in 2002, but it has remained open.

The latest court order comes a year after the world was shocked by an international exposé of Jarawa women being forced to dance in exchange for food.

In July last year, India’s Supreme Court ordered the Andaman authorities to implement a Buffer Zone which was introduced to protect the Jarawa from exploitation by tourists. The Court explicitly ordered two tourist attractions – a limestone cave and a ‘mud volcano’ – to close. Tourists driving through the Jarawa reserve are ostensibly visiting the caves and volcano, although many will openly admit that the main attraction is seeing the Jarawa by the roadside. 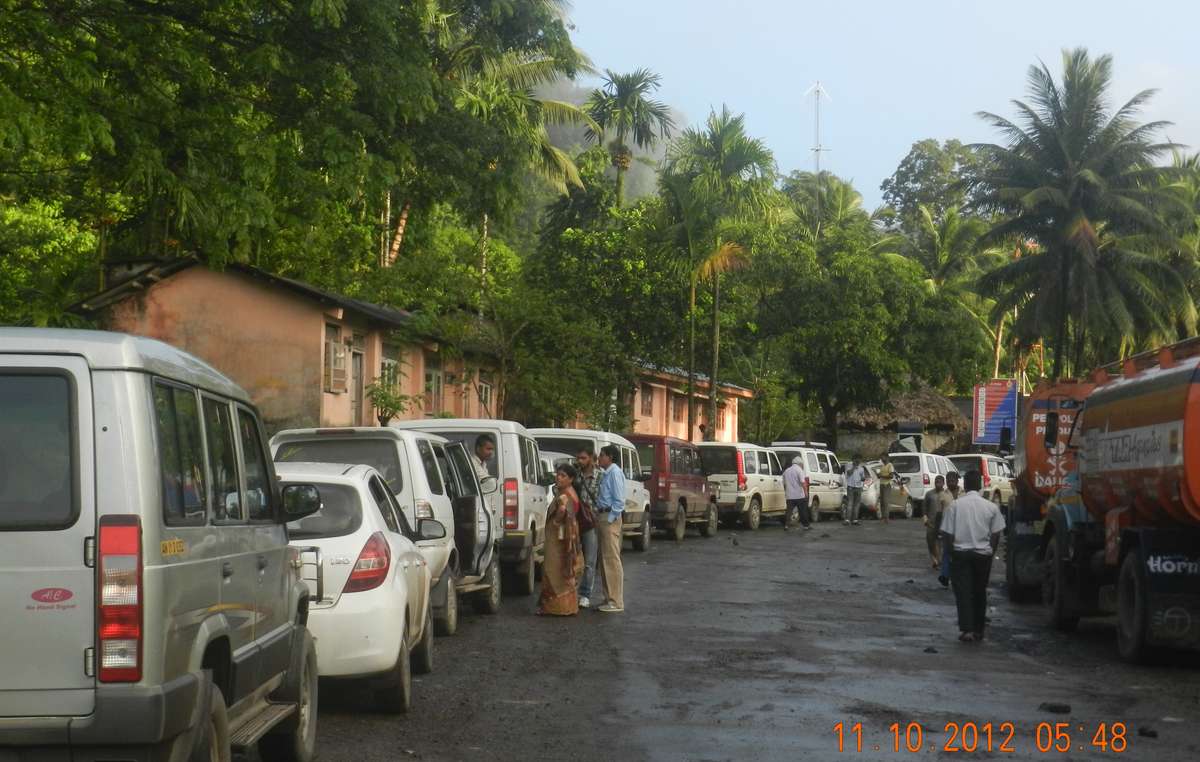 Despite the Supreme Court ordering the caves and mud volcano to close last July, tourists continued to travel along the Andaman Trunk Road to visit the attractions. © www.andamanchronicle.net /Survival

However, the Andaman authorities ignored this ruling and allowed the caves to remain open, as highlighted in a letter sent by Survival International to the judges of the Supreme Court earlier this month. In the letter, Survival accused the Andamans of committing a ‘serious and continuing contempt of court’ through these ‘flagrant breaches’, and appealed for the Supreme Court to take action.

Last week the Andaman administration attempted to circumvent the Supreme Court’s July ruling by announcing a watered-down version of the Buffer Zone. The new Buffer Zone would allow the limestone caves and mud volcano to remain open – and therefore for the human safaris to continue.

Survival’s Director Stephen Corry said today, ‘This new interim order is positive, but it will be meaningless if the Supreme Court allows the Andaman authorities once again to ride roughshod over its ruling. It’s vital that the order is upheld and the human safaris end – the Jarawa themselves must decide if, when, and where outsiders traverse their land.’