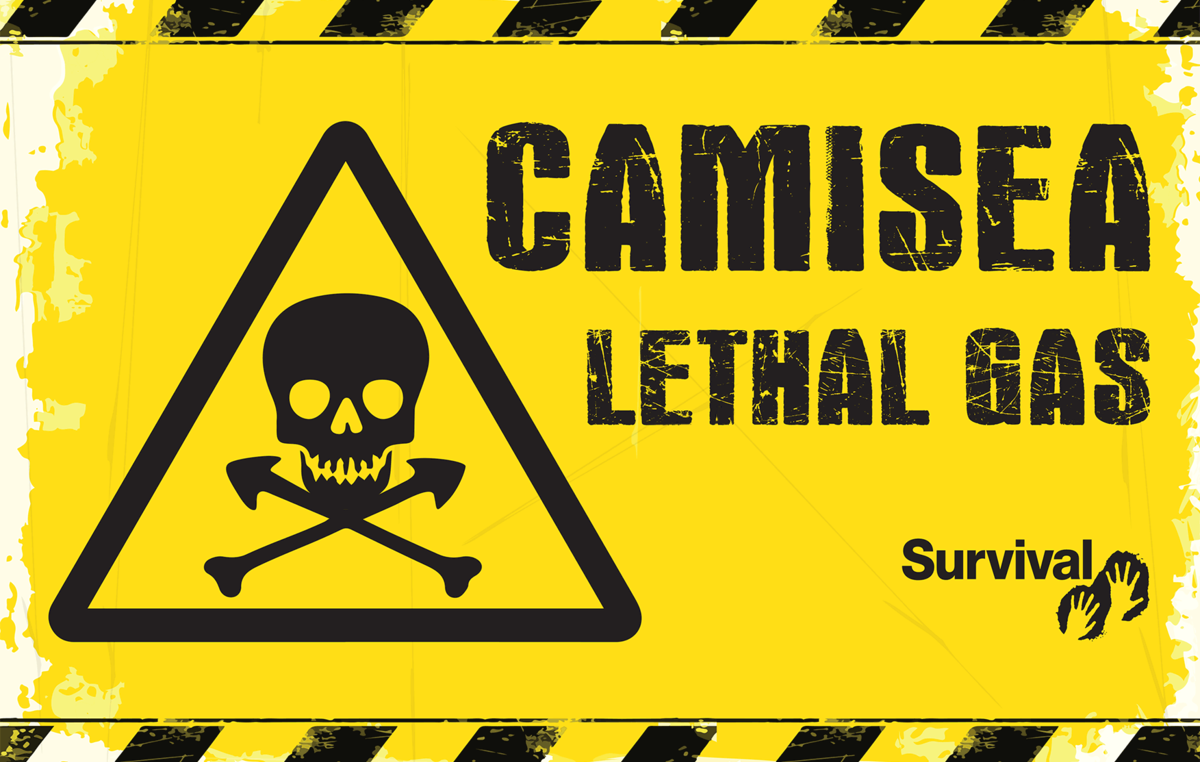 Survival International supporters will protest outside Peruvian embassies and consulates around the world on April 23rd to call for an end to the deadly expansion of the Camisea gas project in Peru’s Amazon rainforest, which puts the lives of uncontacted Indians at risk.

Protesters will carry placards and gas masks symbolizing the lethal effects of the Camisea project on uncontacted tribes in the area, and will hand a petition to Peruvian embassies and consulates in London, San Francisco, Berlin, Madrid and Paris.

The urgent petition asks Peru’s President to stop outsiders and companies from invading uncontacted tribes’ land, and has been signed by over 120,000 people around the world.

Uncontacted Indians are extremely vulnerable to diseases brought in by outsiders – initial exploration in the Camisea block in the 1980s led to the deaths of half the Nahua tribe.

Half of the Nahua tribe was wiped out after their land was opened up for oil exploration in the 1980s. © Johan Wildhagen

Camisea lies in the heart of the Nahua-Nanti Reserve for several uncontacted and isolated tribes, and is the buffer zone to the Manu National Park, considered by UNESCO to be ‘the most biodiverse place on earth’. It is Peru’s largest gas project, and is run by Argentina’s Pluspetrol, US’s Hunt Oil and Spain’s Repsol.

Now Peru’s Ministry of Energy is set to approve a massive expansion of the project, despite a UN call for the ‘immediate suspension’ of the work, that is likely to prove devastating for the tribes.

Apart from the risks of diseases from first contact, the gas work also threatens to destroy the forest and scare away the game on which the uncontacted Indians depend for survival.

Survival’s Director Stephen Corry said today, ‘Expanding the Camisea project deep into the territory of uncontacted Indians is a reckless and incredibly irresponsible thing to do. The UN has called for the plan to be scrapped – I hope Peru’s government has the sense to listen.’

- Further protests will be held in Paris, Berlin and Madrid.