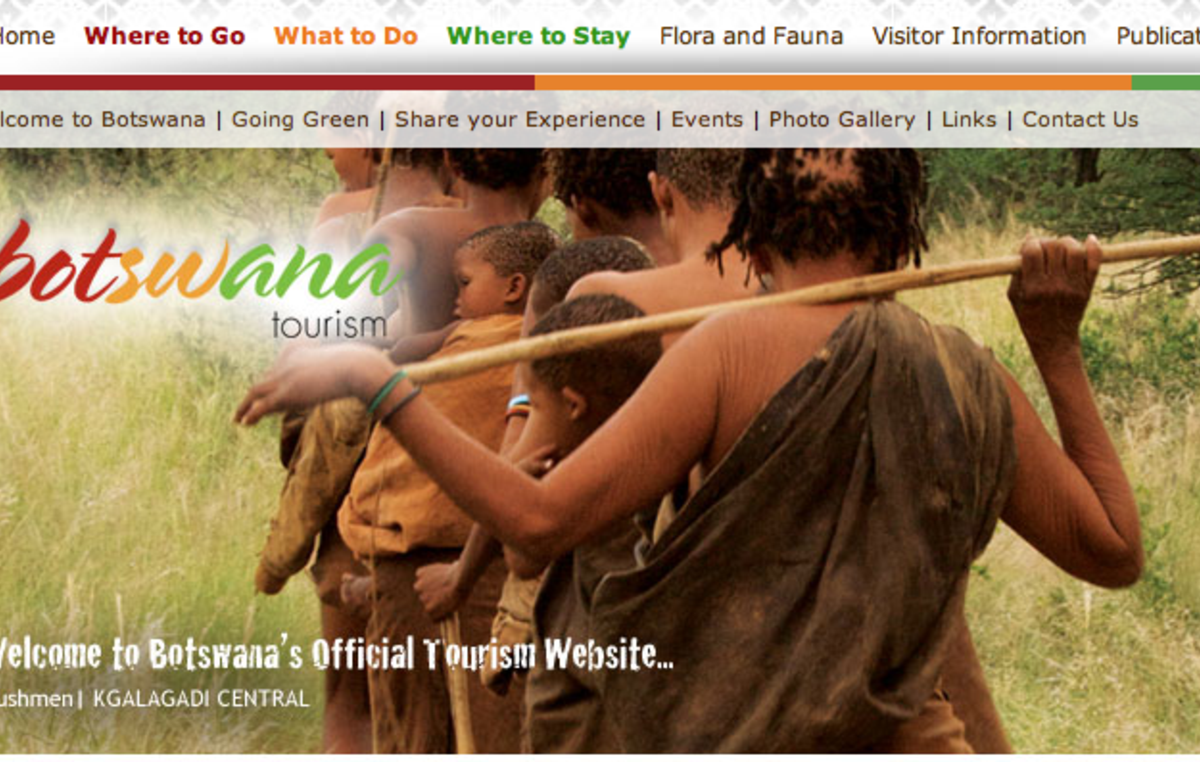 Botswana attracts tourists with images of the Kalahari Bushmen, whilst driving them off their lands © www.botswanatourism.co.bw

Survival International is launching a boycott of Botswana tourism on World Tourism Day on Friday, over Botswana’s continuing attempts to force the Bushmen off their ancestral land in the Central Kalahari Game Reserve (CKGR), while promoting the reserve as a tourist destination.

Survival has written to dozens of tour operators in Africa, Europe, Asia and the USA, including Trailfinders, Intrepid and Absolute Travel urging them to suspend their trips to Botswana over the disgraceful treatment of the last hunting Bushmen in Africa; and will be launching a new advertising campaign in travel magazines around the world.

Survival will also urge over a hundred thousand supporters to join the boycott and write to Botswana’s Minister of Tourism telling him “I’m not coming to Botswana” until the harassment of the Bushmen stops.

On its official tourism website, Botswana describes a trip through the CKGR as ‘the experience of travelling through truly untouched wilderness’ and shows an idyllic image of Bushmen in traditional dress. Unsurprisingly, no mention is made of the government’s attempts to force the last hunting Bushmen out of the reserve, in the name of conservation. Botswana’s President Ian Khama is a board member of US organization Conservation International and was awarded Honorary Membership of the International Union for Conservation of Nature (IUCN). 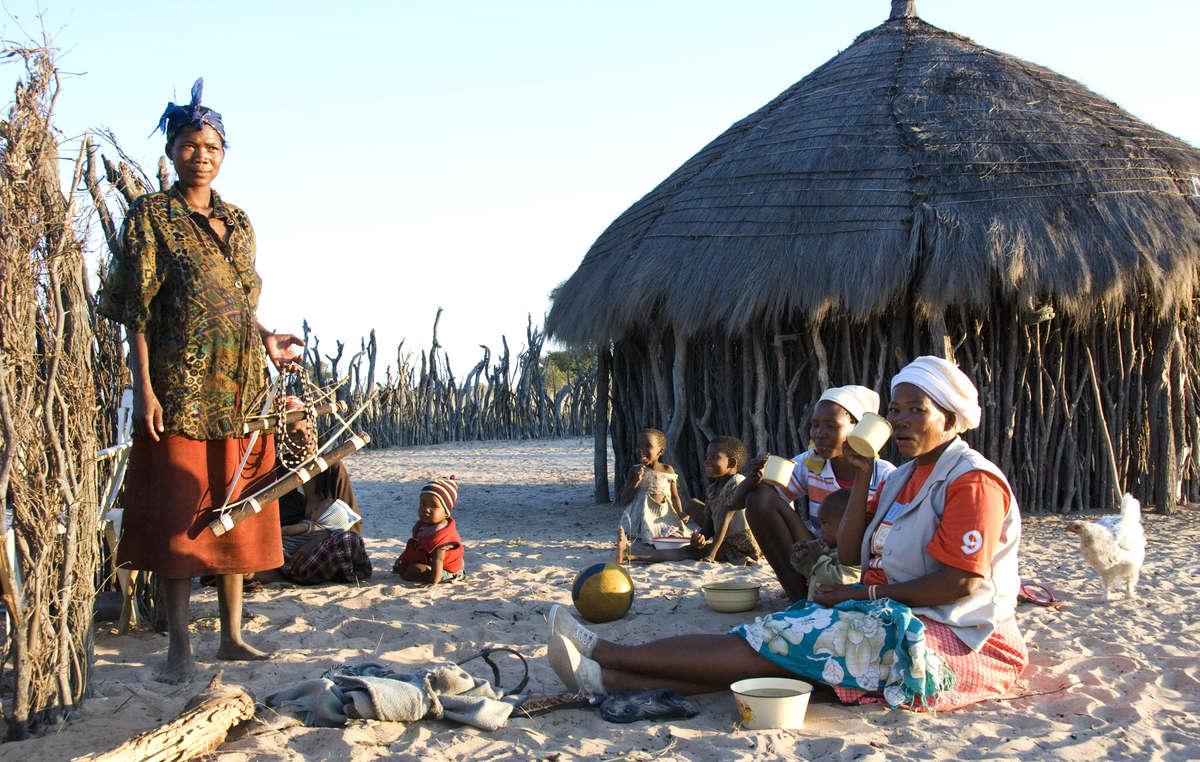 The Bushmen have suffered persecution by the government for decades, and in three waves of evictions, in 1997, 2002 and 2005, they were forced out of the CKGR. But a landmark court case in 2006 restored their right to live and hunt in the reserve.

However, the Botswana government continues to violate the High Court ruling by requiring the Bushmen to apply for permits to enter the reserve and by refusing to issue hunting permits. Numerous Bushmen have been arrested and abused for hunting – which they rely on for their survival – and recently, the government barred the Bushman’s long-standing lawyer from Botswana where he was due to represent his clients. Botswana is also cracking down on critical voices in the media. It recently pulled an ad from UK’s Geographical magazine after it published an article critical of its treatment of the Bushmen.

Survival’s Director Stephen Corry said today, ’It’s particularly galling to the Bushmen’s supporters that Botswana’s president is lauded by the tourism industry when his treatment of the tribe has been described as illegal, inhuman and degrading. Khama’s vindictive and cruel campaign is pushing the last hunting Bushmen to the brink of survival. Our message to all conscientious travelers? Holiday elsewhere until this horrific abuse ends.’

Note to editors:
- Download Survival’s letter to tour operators urging them to suspend their trips to Botswana (pdf, 450 kb)