Their homeland, where they have lived for millennia, is a vast area of sub-arctic spruce and fir forest, lakes, rivers and rocky ‘barrens’. They call this land Nitassinan.

Up until the second half of the 20th century, the Innu lived as nomadic hunters. For most of the year, the waterways of Nitassinan are frozen, and they would travel in small groups of two or three families on snowshoes, pulling toboggans. When the ice melted, they would travel by canoe to the coast or a large inland lake to fish, trade, and meet friends and relatives.

They hunt animals including bear, beaver and porcupine, and also fish and gather berries – but most of all they rely on the herds of caribou which migrate through their land every spring and autumn.

Until recently, the Innu got all that they needed – food, clothing, shelter, tools and weapons – from the caribou, which have a huge cultural significance.

Today the Innu have been settled into villages. Although many return to nutshimit, or the country, to hunt, fish and gather, especially during spring and fall, most either have paid jobs as well, or depend on social security.

During the 1950s and 1960s, the nomadic Innu were pressured into settling in fixed communities by the Canadian government and Catholic church. The transition was difficult and traumatic. Life in the communities is marked by extremely high levels of alcoholism, petrol-sniffing amongst children, violence, and record levels of suicides.

The desire of many Innu to spend time in nutshimit is becoming increasingly difficult, as the government hands out their land in mining concessions, floods the heart of their territory for hydro power schemes, and builds roads.

The UN Human Rights Committee has described the situation of tribal peoples as ‘the most pressing issue facing Canadians’, and condemned Canada for ‘extinguishing’ aboriginal peoples’ rights.

Survival is calling on the Canadian government to rethink its approach to
negotiations with the Innu and other similar groups – currently they will only
recognise Innu land rights if the Innu agree to surrender most of their land.
Canada must recognise the Innu’s right to own their land, and live on it as they choose.

News from the Innu

In pictures: The reindeer people under threat this Christmas

To the world's Indigenous peoples of the Arctic, reindeer are not just for Christmas 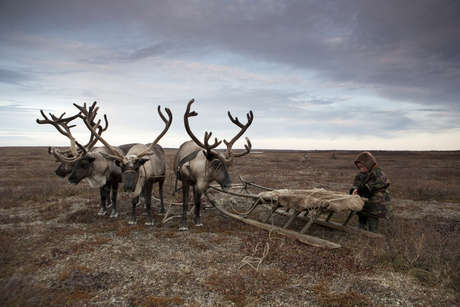 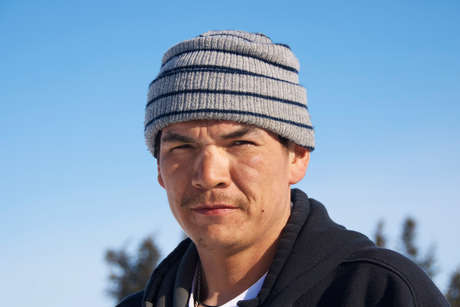 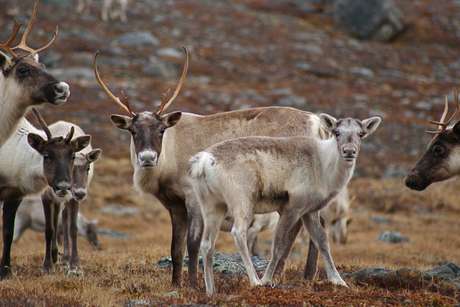