by Fiona Watson, Director of Research and Advocacy A version of this article was published by The Guardian on October 31, 2018 During Jair Bolsonaro’s election campaign, he pledged that "there will not be a centimeter more of Indigenous land” under his leadership. His victory emboldens the brutal mining and logging gangs who seek to exploit Indigenous land and resources. 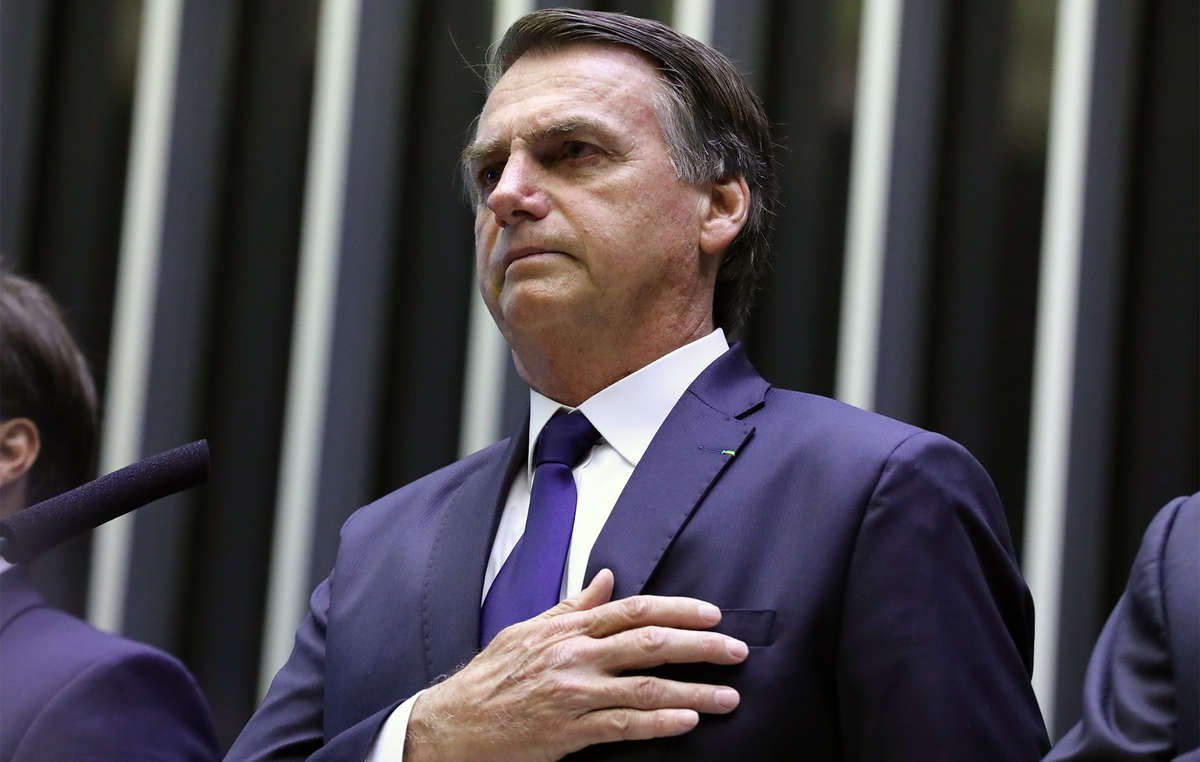 Brazil has just elected as president a far-right nationalist with authoritarian tendencies and fascist inclinations. The country’s 900,000-strong Indigenous people are among the many minority groups Jair Bolsonaro has frequently targeted with vitriolic hostility. “It’s a shame that the Brazilian cavalry wasn’t as efficient as the Americans, who exterminated their Indians.” he once said. If he enacts his campaign promises, the first peoples of Brazil face catastrophe; in some cases, genocide. There are around 100 uncontacted tribes in Brazil, more than anywhere else on earth, and all of them are in peril unless their land is protected. Bolsonaro has threatened to close down FUNAI, the government’s Indigenous Affairs Department, which is charged with protecting Indigenous land. Already battling against budget cuts, if it disappears uncontacted peoples face total annihilation. Earlier this year, FUNAI released footage of a man known as The Last of his Tribe; a lone survivor of waves of genocidal attacks in the 1970s and 80s as loggers and ranchers bulldozed their way through the forest. These invaders murdered his entire family, his community, and neighbouring communities too. If the mechanisms to protect Indigenous territories and prevent such atrocities, already woefully inadequate, are removed altogether, this vital part of human diversity will be wiped out forever. 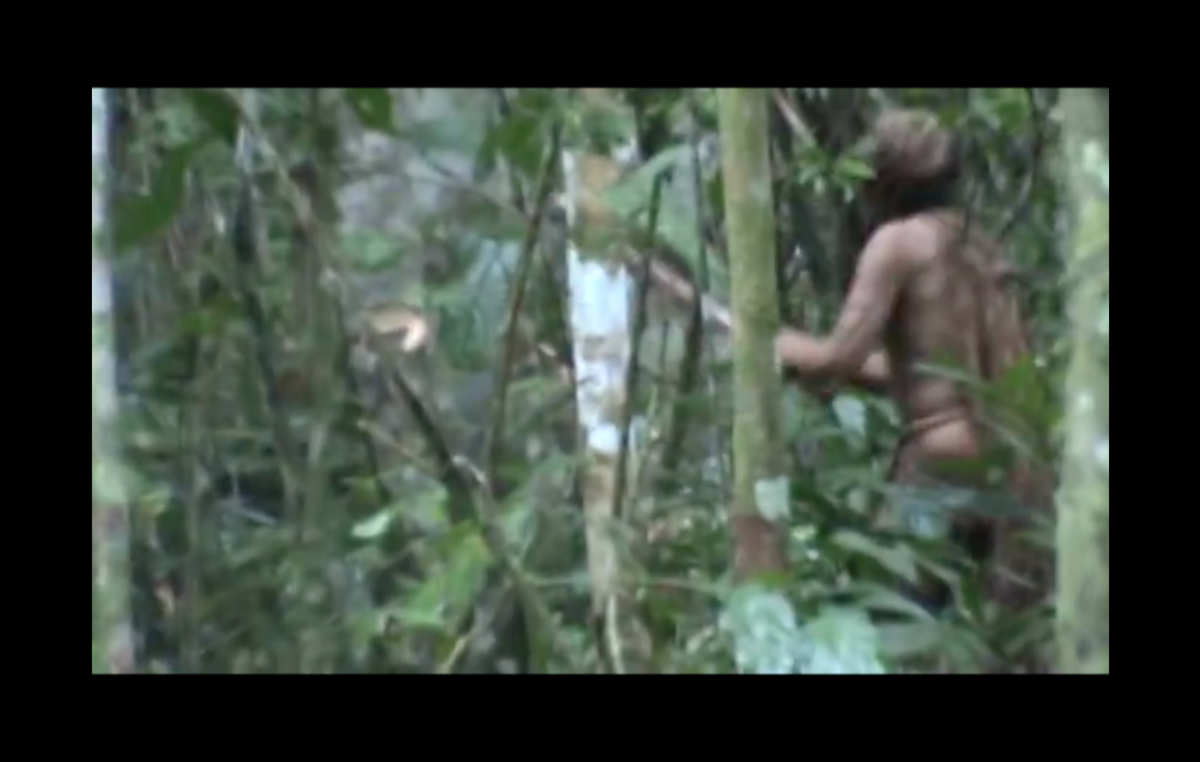 The Last of his Tribe. Screengrab from a video released by FUNAI in July 2018 © FUNAI

Bolsonaro thinks “Indians smell, are uneducated and don’t speak our language” and that “the recognition of Indigenous land is an obstacle to agri-business”. He declares that he will reduce or abolish Amazonian Indigenous reserves, and has vowed on several occasions that: “If I become president, there will not be one centimetre more of Indigenous land”. He recently corrected himself on this, declaring he meant not one millimetre. This has profound implications for the country’s Indigenous peoples, who rely totally on their land for their livelihood, and their physical and spiritual well-being. The struggle to protect tribal people’s lives and livelihoods, and the ecosystems they depend on, is already brutal and bloody. Survival works closely with groups from the Guajajara tribe in Brazil’s Maranhão state, who have taken it upon themselves to protect what remains of this eastern edge of the Amazon rainforest; not only for the hundreds of Guajajara families who call it home, but also their far less numerous neighbours: the uncontacted Awá. These “Guardians of the Amazon” are subject to violent attacks from the powerful logging mafias who operate illegally in the area. Some estimates suggest up to 80 members of the tribe have been killed since 2000.

Meanwhile, in the north, in the largest area of forest under Indigenous control in the world, the Yanomami are besieged by illegal goldminers. The tribe, whose territory extends over the border into Venezuela, are currently suffering from a measles epidemic, most likely as a result of these invaders. This disease is a particular threat to uncontacted Yanomami groups, and medical attention on both sides of the border has been inadequate. Dozens have died. As well as sickness, these miners have mounted violent attacks on some communities, often with impunity. In May this year two uncontacted Yanomami were reportedly murdered by goldminers working illegally near their community. These violent incursions are likely to increase as loggers, land grabbers and miners feel emboldened by Bolsonaro, and make greater and more brutal advances into Indigenous territories all over Brazil. The cost will be measured in Indigenous lives, and environmental destruction. A mounting body of evidence continues to demonstrate that properly enforced Indigenous land rights, recognizing Indigenous peoples’ stewardship over the land, is the most effective and cheapest means of conservation. Tribal peoples are the best conservationists and guardians of the natural world and manage their environment and its wildlife better than anyone else.

For those tribes already dispossessed of their land, Bolsonaro’s regime could destroy them as a people. Survival has been working for decades with the Guarani people of Mato Grosso do Sul, whose land has already been stolen by ranchers and agri-business. Today they live in overcrowded reservations or camped on the side of the highways in utter destitution. This meagre existence will become more miserable still in Bolsonaro’s Brazil. Despairing of a meaningful future, many young Guarani have taken their lives, and the tribe has one of the highest suicides rates in the world. Existing Indigenous land rights, now under threat, are the only thing standing in the way of this scenario playing out in many more areas of the Amazon. Bolsonaro’s hate speech supercharges a public discourse in which incitement to racial hatred is taken as a green light to kill with impunity. At least 110 Indigenous people were assassinated in Brazil in 2017 and there are already indicators that these murders will rise. On the day of the elections, an attack by gunmen on a Guarani community left 15 people injured, including a 9 year old child. In an extraordinary and disturbing threat, filmed recently in Congress itself, Bolsonaro told the tribes of Roraima state what he planned to do in Raposa- Serra do Sol, a large Indigenous territory recognised in 2005 after years of bitter conflict with cattle ranchers: “We are going to rip up Raposa-Serra do Sol and give guns to all the ranchers…” The extent to which Bolsonaro will be able to tear up the Indians’ constitutional rights remains to be seen, but it’s clear that what is at stake is the soul of Brazil, the future of the Amazon rainforest – and the extraordinary human diversity represented by its 305 distinct tribes. Brazil has shown that where Indigenous peoples’ land is properly protected, they not only thrive, but so do some of the planet’s most diverse and endangered eco-systems, from the Amazon and Atlantic rainforests to the savannas. When Survival International was established in 1969, some predicted that Indigenous people in Brazil would soon die out. Next year is our 50th anniversary and the Indigenous peoples are still here, but they’ll need powerful global support to face down what could very well be an impending genocide. Alliances with Indigenous organizations, both at institutional and grassroots level, can exert a powerful force, and by amplifying Indigenous voices on the global stage, we can change the world in their favour. As the Guarani said recently: “If Indigenous peoples become extinct and dead, the lives of all are threatened, for we are the guardians of nature. Without forest, without water, without rivers, there is no life, there is no way for any Brazilian to survive. We resisted 518 years ago, we fight in victory and defeat, our land is our mother. As long as the sun still shines, and while there is still fresh air under the shade of a tree, while there is still a river to bathe in, we will fight.”
__________ More than 150 million men, women and children in over 60 countries live in tribal societies. Find out more about them, the struggles they face, and how you can help – sign up to our mailing list for occasional updates.