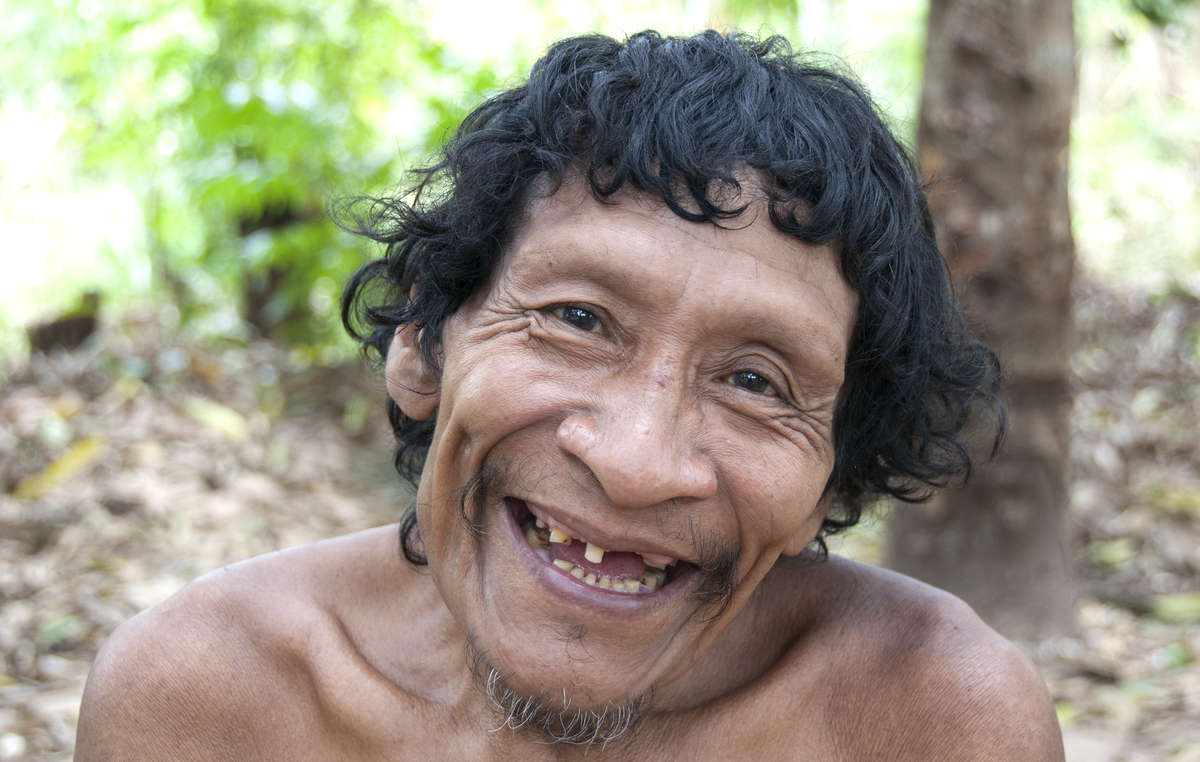 Karapiru (“Hawk”), who has died from Covid-19 in his community in the Brazilian Amazon, was a man whose extraordinary warmth and kindness were all the more remarkable considering the unspeakable tragedy ‘our’ society had inflicted upon him.

His resilience and stoicism were tested to their limits after settlers massacred all his family. Karapiru then lived alone in the forest for ten years, but unexpected joy awaited him…

The discovery, in the late 1960s, of the planet’s richest iron ore deposit in the territory of his tribe, the Awá of Maranhão state, precipitated the destruction of his homeland.

Soon a vast mine was built, a railway was bulldozed 900km through the forest to carry the ore, and vast numbers of outsiders flooded in. To the settlers, the Awá were an obstacle, a primitive nuisance, and they killed the Awá in large numbers. 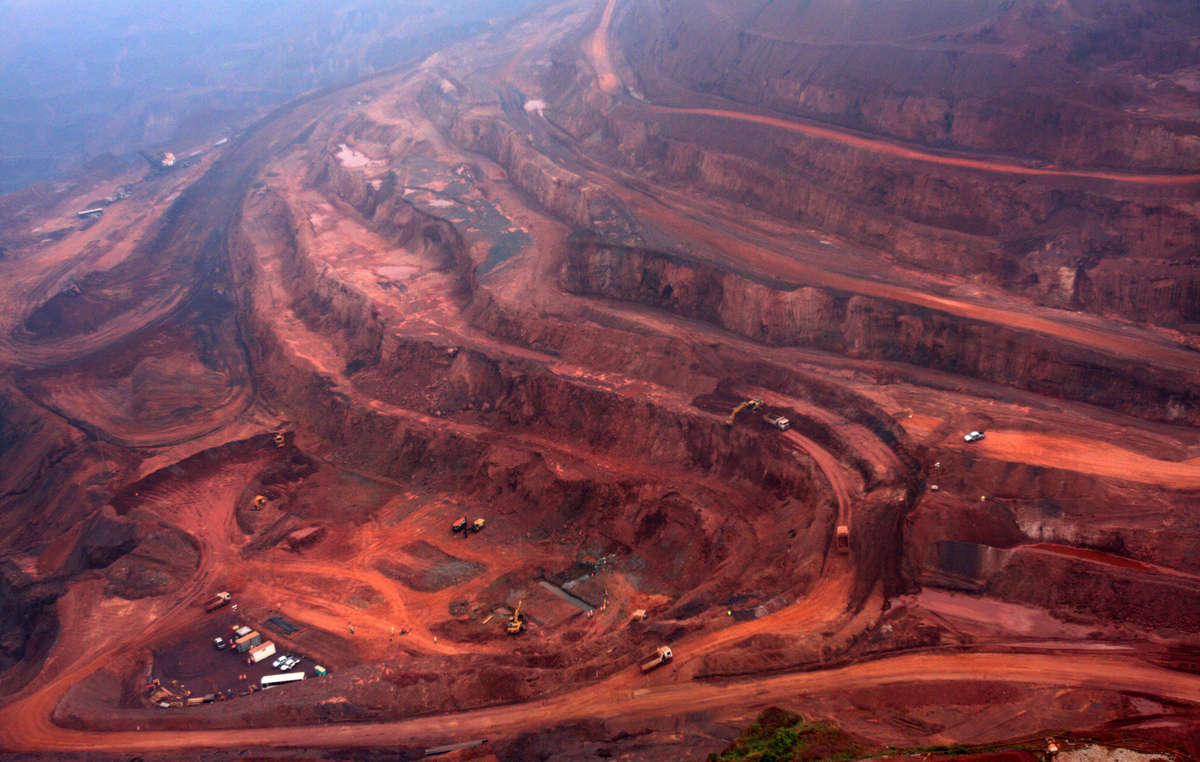 The Carajás mine has opened up Awá land to unprecedented invasions by outsiders. © Bruno Kelly/Greenpeace

Some were inventive in their killings: several Awá died after eating flour laced with ant poison; a ‘gift’ from a local farmer. Others, like Karapiru, were shot where they stood – at home, in front of their families.

Karapiru believed that he was the only member of his family to survive one such massacre. The killers murdered his wife, son, daughter, mother, brothers and sisters. Another son was wounded and captured.

Severely traumatized, Karapiru escaped into the forest, lead shot embedded in his back. “There was no way of healing the wound. I couldn’t put any medicine on my back, and I suffered a great deal,” he told Survival’s Fiona Watson. “The lead was hot in my back, bleeding. I don’t know how it didn’t become full of insects.”

For the next 10 years Karapiru lived on the run. He walked for nearly 400 miles across the forested hills and plains of Maranhão state. He was terrified, hungry and alone. “It was very hard,” he told Fiona Watson. “I had no family to help me, and no one to talk to.”

When the grief and loneliness became too much – “sometimes I don’t like to remember all that happened to me” – he would talk quietly to himself, or hum as he walked.

Eventually he was spotted by a farmer, who gave him shelter. Word soon spread that a solitary man who spoke a language no-one could understand had been found. After several fruitless attempts to communicate with him, the authorities made one last effort: a young Awá man called Xiramuku was taken to meet him.

The meeting with Xiramuku was one Karapiru could never have imagined during his decade of grief and solitude. Not only could Xiramuku understand Karapiru’s language, but he used one specific Awá word that instantly transformed Karapiru’s life: he called him ‘Father.’ The man standing in front of Karapiru, talking to him in his mother tongue, was his son.

Xiramuku persuaded his father to go with him to the Awá community of Tiracambu, where he eventually remarried. Loved and cherished by his relatives, he was a central figure in the community, a father, grandfather, excellent hunter and teacher of forest skills and life values. 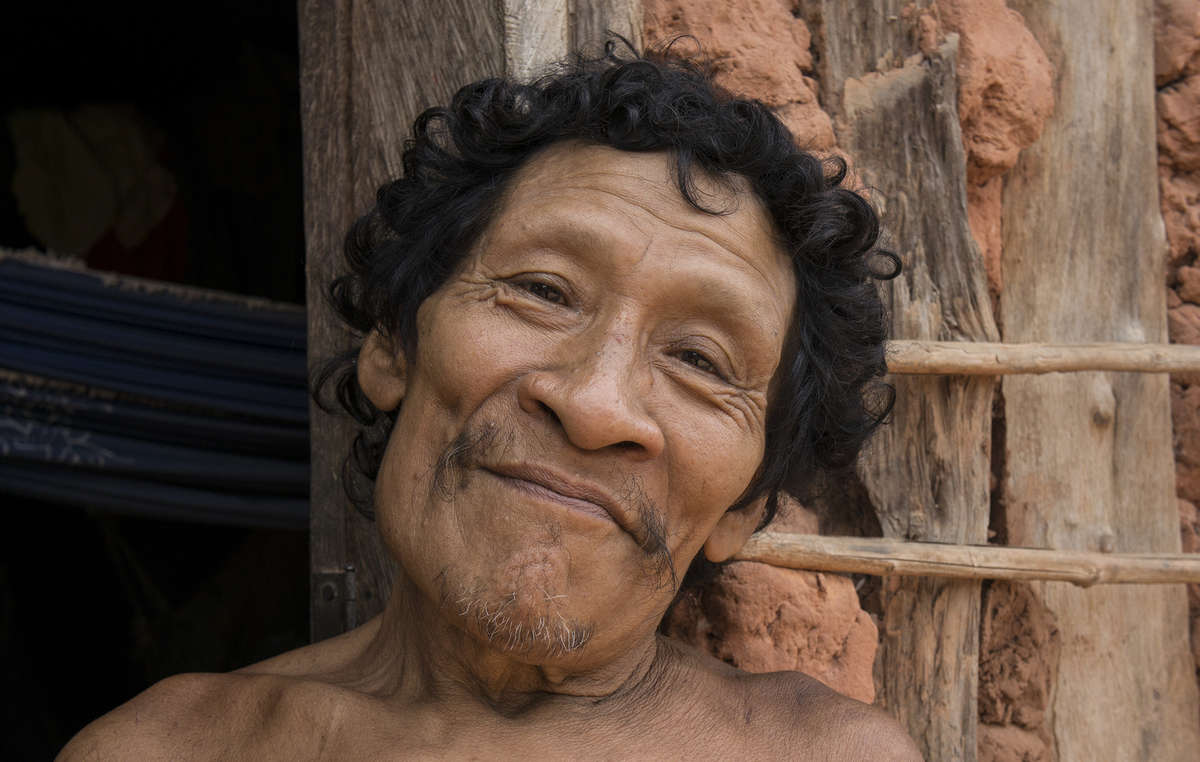 Fuelled by grief, trauma, anger, a deep respect for the forest and concern for the wellbeing of his uncontacted relatives, Karapiru was always ready to protest, alongside his relatives and other tribes, for the eviction of illegal loggers and ranchers from the Awá territories, and more recently against the genocidal policies of the Bolsonaro government.

He would join these protests with his bow and arrows, vulture and toucan feathers decorating his arms, and energy and affection for those around him and the life they are fighting for.

Acutely observant and curious, Karapiru had a clear analysis of the people he met and the difference between the invaders and the Awá’s non-indigenous allies, whom he welcomed to his home with warmth, an infectious smile, a confident tap on his chest and the greeting “Karapiru, katu, katu? (I'm Karapiru, all good, how are you?)”

You can read a longer version of Karapiru’s story here. And if you want to help fight the atrocities that blighted Karapiru’s life, please join the campaign to #StopBrazilsGenocide. We know Karapiru wanted as many non-indigenous allies as possible to help his people stop the death and destruction. He once told us: “The invasions of white people in Awá territory is not good. We don’t like it.”

You can also read more about the Awá, and Survival’s global campaign for their land and lives, here.