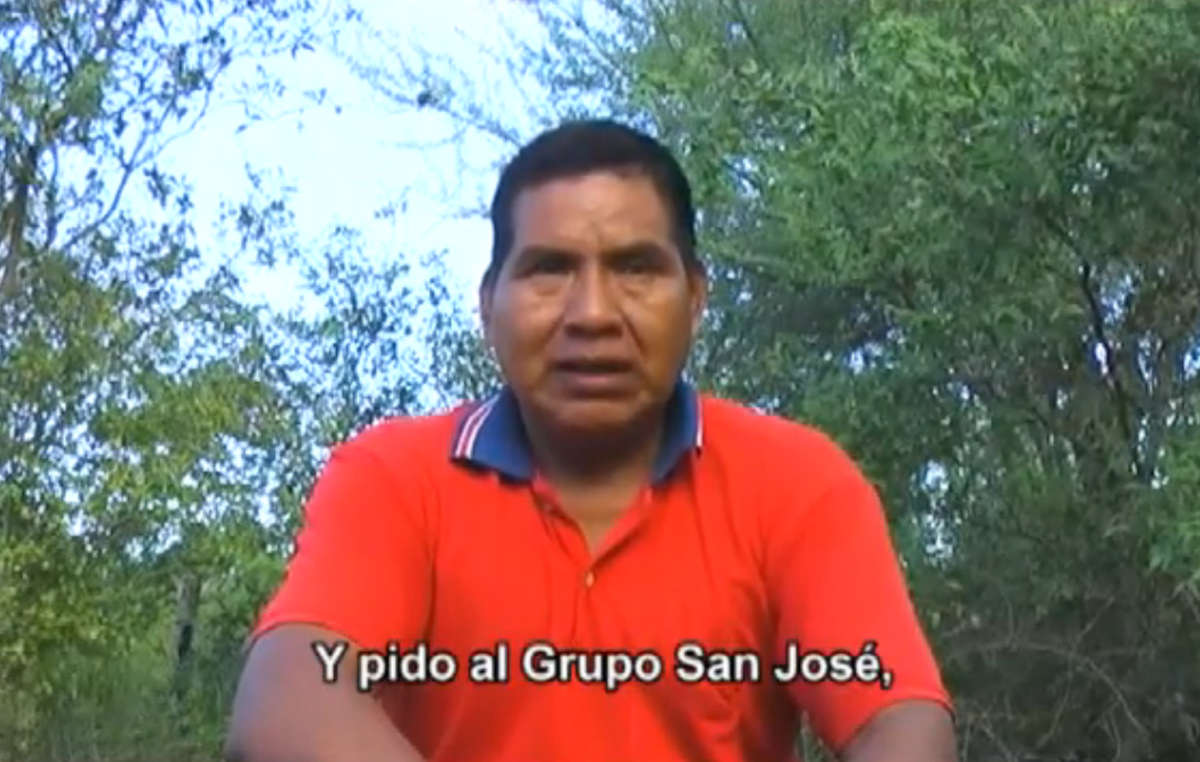 Ayoreo Indian leaders in Paraguay have sent an unprecedented video appeal to Spanish construction giant Grupo San José and its subsidiary ranching company Carlos Casado S.A., demanding the return of their ancestral land which is inhabited by their uncontacted relatives.

In the short video clip, three Ayoreo men speak of the urgent threat of deforestation being carried out by the ranchers on the uncontacted Ayoreo’s land and call on supporters to help protect the Chaco forest from further destruction.

Porai Picanerai, one of the Ayoreo leaders, said, ‘I ask Grupo San José to give us back our land, because if they chop down our forest, our brothers who remain there will be scared.’

Watch the full appeal (in Spanish):

Grupo San José’s subsidiary, Carlos Casado S.A., owns large parts of the Ayoreo’s ancestral land in the Chaco forest in northern Paraguay, and was previously caught red-handed clearing the forest illegally. The Chaco already has the highest rate of deforestation in the world.*

Ayoreo leader Esoi Chiquenoi, said, ‘Before (when we were living in the forest) we didn’t know where to go because of all the deforestation. I want the non-Indians to help us protect our land, the land of our ancestors, because we still have people living in the forest.’

Ayoreo leader Gabide Etacori added, ‘Jonoine (the leader of the uncontacted Ayoreo) is still in the forest and he will be afraid of the ranchers and their bulldozers.’

The last uncontacted Indians outside Amazonia are forced to live on the run from the bulldozers that flatten their houses and gardens to make way for cattle. Diseases brought in by outsiders could decimate the Indians.

The majority of Ayoreo that have been contacted and brought out of the forest now suffer from serious respiratory illnesses such as tuberculosis. Several have died in recent years.

Survival International has written to Grupo San José’s shareholders, urging them to disinvest over the company’s involvement in the destruction of the uncontacted Ayoreo’s forest, and Survival’s supporters have sent thousands of letters to Paraguay’s Environment Minister.

Survival’s Director Stephen Corry said today, ‘Paraguay has already earned the unsavoury reputation of having the highest deforestation rate in the world. If the country had any genuine concern for the remaining forest it need look no further than the Ayoreo, who are the true guardians of their land. Instead, this UNESCO biosphere is being rapidly devastated for the benefit of Brazil’s beef industry, and to line the pockets of one of Spain’s richest men.’