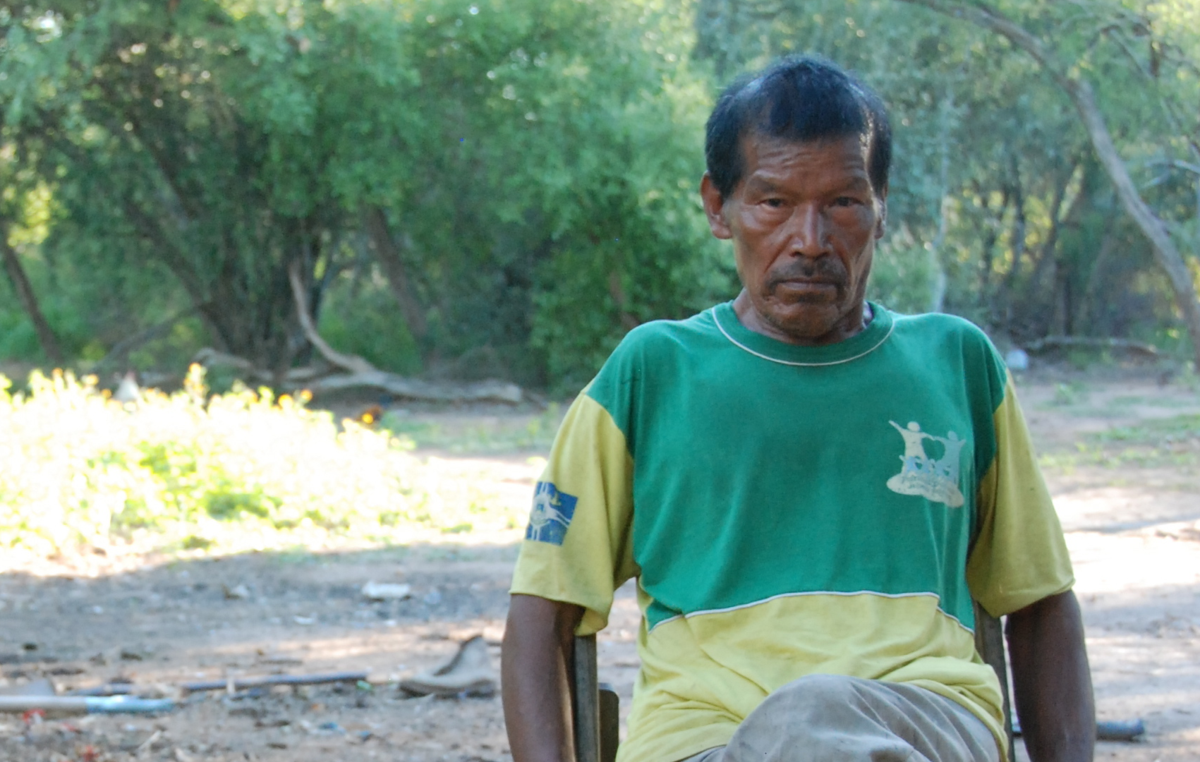 Chiri had suffered grave health problems after being forced from his forest home. © Survival

The Ayoreo are the Indigenous inhabitants of northern Paraguay and Bolivia. Most have been forcibly contacted and settled, but some remain in the forest, avoiding contact with outsiders.

Chiri was one of a large group of Ayoreo captured in a ‘manhunt’ in 1986, an expedition assisted by the fundamentalist missionary organization New Tribes Mission.

Chiri, like many other Ayoreo who have been forced out of the forest, suffered chronic lung disease ever since – a sign of the neglect of recently-contacted Ayoreo communities by Paraguay’s medical services.

Chiri worked tirelessly along with other members of the tribe to defend their ancestral land from an onslaught of colonists that have invaded their territory.

Ayoreo who remain uncontacted are being forced to flee from the colonists’ bulldozers that are destroying their last remaining island of forest for beef production.

Survival has written to Paraguay’s Ministry of Health asking it to prevent the needless deaths of Ayoreo Indians, and has called on ranching companies to immediately stop all work on Ayoreo land.