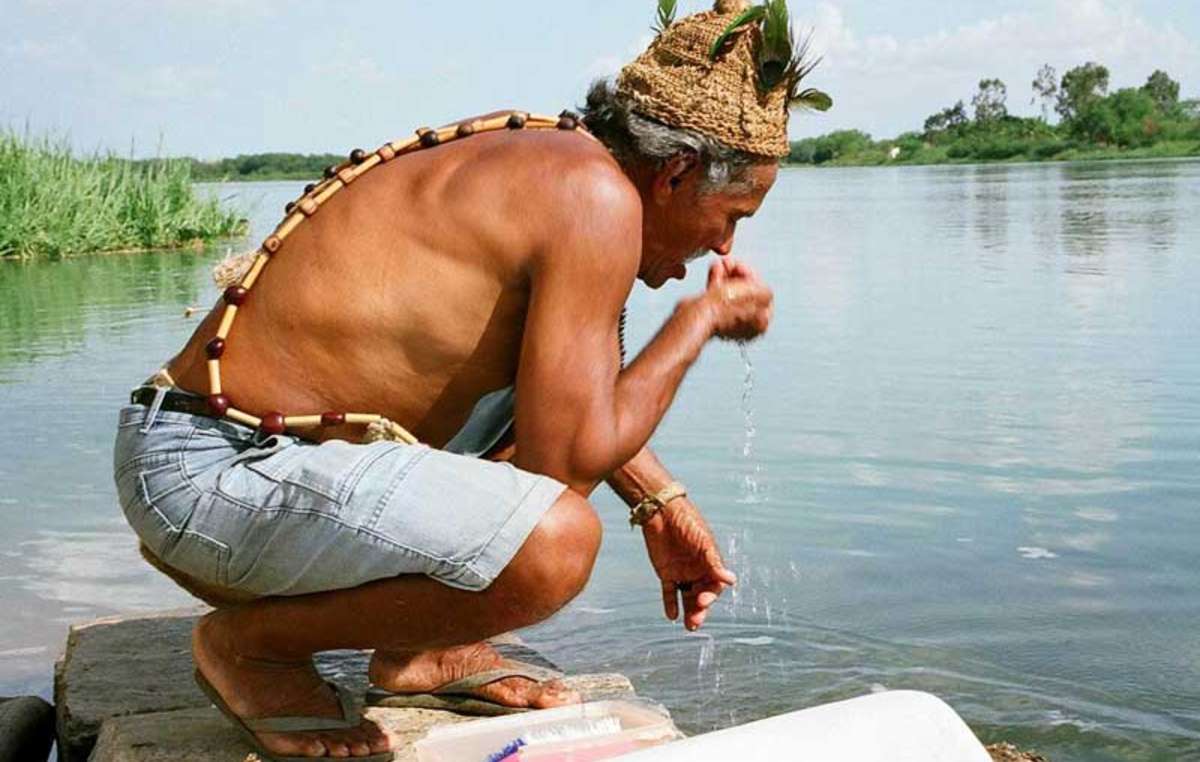 French energy giant GDF Suez is being accused this week of endangering Amazon Indians’ lives, including those of highly vulnerable uncontacted tribes.

GDF plays a prominent role in dam construction in Brazil, and is heavily involved in the Jirau mega-dam currently being built on the Madeira river in the western Amazon. The Jirau dam threatens to destroy vast areas of land, upon which numerous tribal peoples, including several groups of uncontacted Indians, depend for their survival.

Yesterday, Brazilian Indians and their supporters targeted the company’s annual shareholder meeting, urging GDF to divest from destructive dam projects and to listen to the Indians, who have not been properly consulted about the Jirau dam.

Brazilian Indian leader Sonia Guajajara, who met with GDF representatives in March and led a protest in Paris, said, ‘The actions of GDF Suez are toxic to the environment while destroying the voice and cultures of indigenous and traditional peoples.’

Last week, the Articulation of Indigenous People of Brazil and the Coordination of Amazonian Indigenous Organizations sent an open letter to GDF Suez’s CEO Gérard Mestrallet, denouncing the company’s violation of its own ethical guidelines and its commitment to UN norms. The Jirau dam project also violates Brazil’s constitution and Convention 169 of the International Labour Organization.

Christian Poirier of Amazon Watch, present at yesterday’s protest, said, ‘Brazil’s indigenous movement has roundly condemned the destructive and unethical behavior of this corporate leader. Today’s action resonates their message among GDF Suez shareholders who must in turn call for accountability from the company they sustain. Starting with the French state, which owns 36% of GDF Suez shares.’

There are at least 77 groups of uncontacted Indians in Brazil. They are the country’s most vulnerable peoples. Survival is calling on the Brazilian government to protect their land for their exclusive use, as the only way to allow their survival.

In the run up to the FIFA World Cup, Survival is highlighting ‘The dark side of Brazil’. Click here to find out more about the situation of Brazilian Indians and the government’s attacks on their rights to their land.