Hundreds of thousands of travelers urged to boycott Botswana 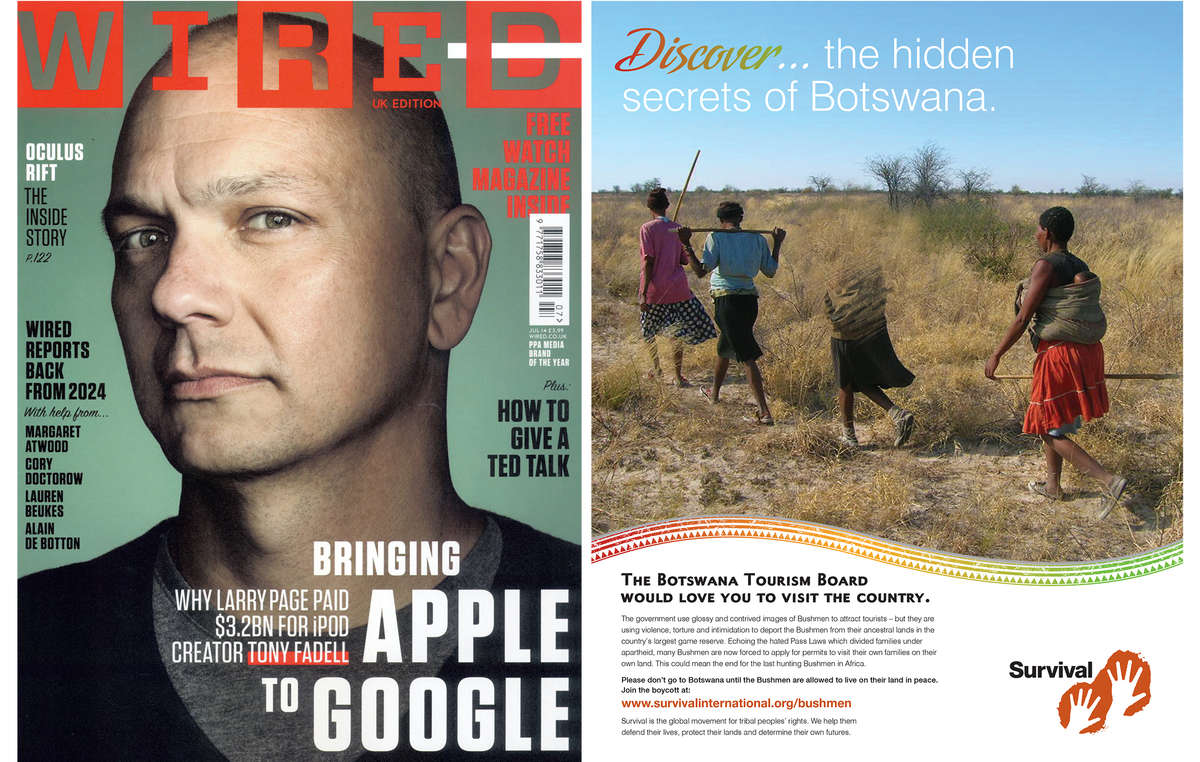 An advertising campaign to highlight the persecution of Botswanas Bushmen has reached hundreds of thousands of travelers.
© Survival International

A worldwide advertising campaign calling for a boycott of tourism to Botswana, launched by Survival International – the global movement for tribal peoples’ rights – has reached hundreds of thousands of travelers.

The ad has been published in international travel and lifestyle magazines including Wired, Escapism, Departures and Centurion magazines in France, Italy, Austria, Germany, Japan, and the U.K.

The ad, titled “Discover…the hidden secrets of Botswana” exposes the Botswana government’s intention to drive the last hunting Bushmen off their land in the Central Kalahari Game Reserve, while promoting the reserve as a tourist destination.

Botswana’s Tourism Organization uses images of hunting Bushmen in their efforts to attract tourists to the country, while the Bushmen are literally starved off their land by not being allowed to hunt for subsistence, and harassed, arrested and beaten by wildlife scouts if they do.

The ad reads, “The government use glossy and contrived images of Bushmen to attract tourists – but they are using violence, torture and intimidation to deport the Bushmen from their ancestral lands in the country’s largest game reserve… This could mean the end for the last hunting Bushmen in Africa.”

Botswana’s President Ian Khama sits on the board of U.S. organization Conservation International and has been widely praised for his conservation work. But a diamond mine is operating in the Bushman’s reserve, and the government has issued permits for diamond and fracking exploration. 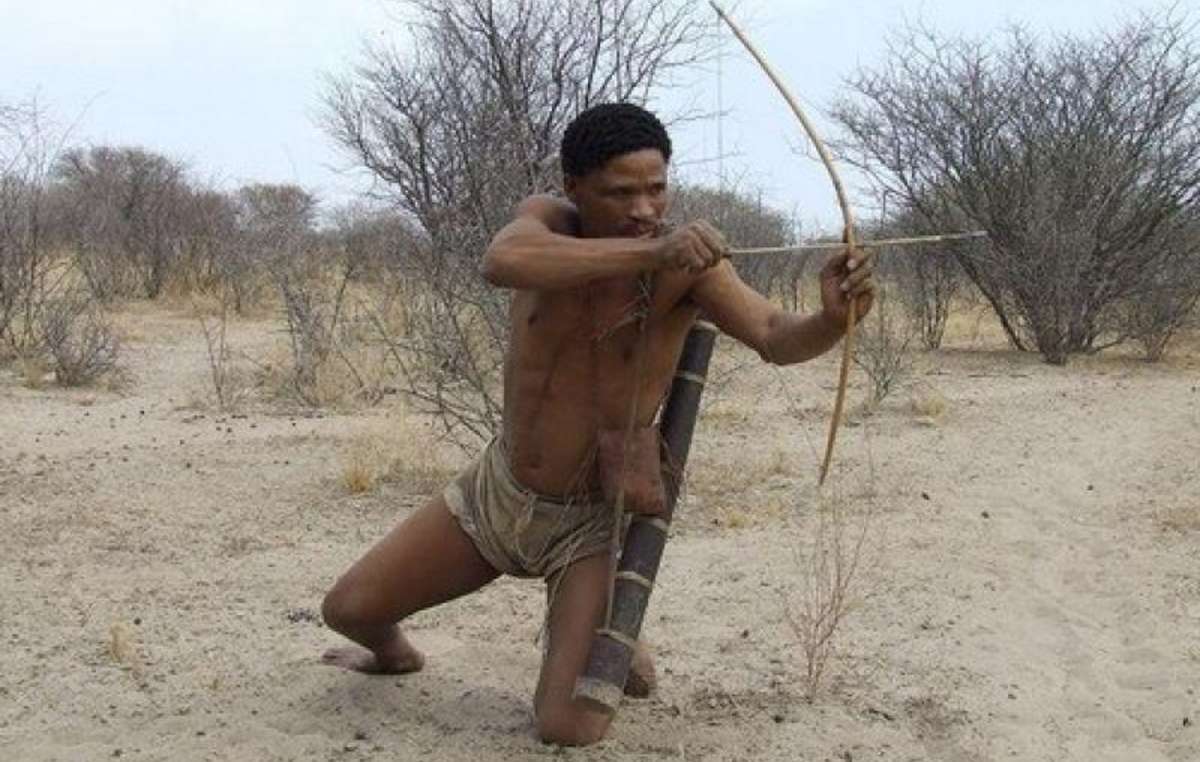 The Botswana Tourism Organization uses images like this one of the Bushmen hunting, while in reality they are banned from hunting and arrested if they do.
© Botswana Tourism/www.botswanatourism.co.bw

Over 8,000 people have so far pledged not to visit Botswana until the Bushmen are allowed to live on their land in peace, including celebrities Gillian Anderson, Sir Quentin Blake, Joanna Lumley, Sophie Okonedo, and Mark Rylance.

Bushman Jumanda Gakelebone recently visited the U.K. to call on the support of Prince Charles. In a letter delivered to the Prince, the Bushmen said, “We have survived alongside the animals of the Central Kalahari Game Reserve since the beginning of time. We know how to look after them and we hunt them for our survival, not for entertainment like many tourists from your country do.”

Survival’s Director Stephen Corry said, “The Botswana conservation industry promotes tours to supposedly protected zones. The Bushmen there are persecuted. Anyone thinking of going on safari should ask themselves whether they really want to play a part in the destruction of the last hunting Bushmen of Africa.”