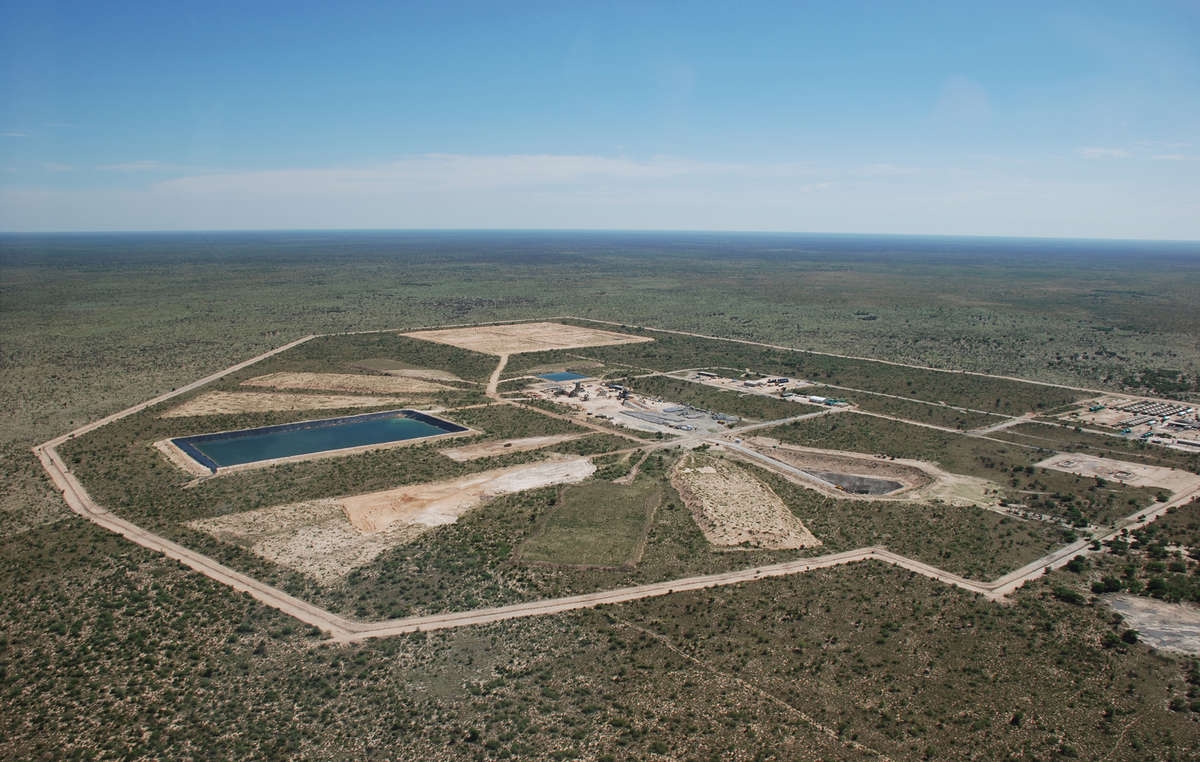 In 2004, a Botswana Minister said there was no mining nor any plans for future mining anywhere inside the CKGR. In 2014 a $4.9bn diamond mine opens. © Gem Diamonds

A $4.9bn diamond mine will open on September 5 in the Central Kalahari Game Reserve, the ancestral land of Africa’s last hunting Bushmen, exactly ten years after the Botswana government claimed there were “no plans to mine anywhere inside the reserve.”

The Bushmen were told they had to leave the reserve soon after diamonds were discovered in the 1980s, but the Botswana government has repeatedly denied that the illegal and forced evictions of the Kalahari Bushmen – in 1997, 2002 and 2005 – were due to the rich diamond deposits. It justified the Bushmen’s evictions from the land in the name of “conservation”.

In 2000, however, Botswana’s Minister of Minerals, Energy & Water Affairs told a Botswana newspaper, "the relocation of Basarwa (Bushmen) communities from [the Central Kalahari Game Reserve] is to pave way for a proposed Gope Diamond Mine”; and in 2002, the Bushmen told Survival International, the global movement for tribal peoples’ rights, "Foreign Minister General Merafhe went to the reserve and told us we had to be moved because of diamonds.”

The mine opening has also exposed Botswana’s commitment to conservation as window dressing. The government falsely claims that the Bushmen’s presence in the reserve is “incompatible with wildlife conservation,” while allowing a diamond mine and fracking exploration to go ahead on their land.

The Bushmen’s sustainable methods of hunting are not incompatible with wildlife conservation, contrary to government claims. © Philippe Clotuche/Survival

And while conservation organizations have heralded Botswana President Ian Khama’s conservation efforts, they have remained silent on the persecution of the Bushmen and the mining activities in the Central Kalahari Game Reserve.

A Bushman whose family was evicted told Survival, “This week President Khama will open a mine in the Central Kalahari Game Reserve. Do those organizations who have been awarding President Khama for his work with the flora and fauna still believe he is a good example to the world? The residents of the Reserve are not benefitting anything from the mine. The only benefits go to communities living outside the reserve, while our natural resources are being destroyed. We strongly oppose the opening of the mine until the government and Gem Diamonds sit down with us and tell us what we will benefit from the mine. ”

The government continues its relentless push to drive the Bushmen out of the reserve by accusing them of “poaching” because they hunt their food. The Bushmen face arrest, beatings and torture, while fee-paying big game hunters are encouraged. The government has also refused to reopen the Bushmen’s water wells, restricted their free movement into and out of the reserve, and barred their lawyer from entering the country.

Survival’s Director Stephen Corry said today, “When the Bushmen were illegally evicted from their ancestral homelands in the name of ‘conservation’, Survival cried foul play – both we and the Bushmen believed that, in fact, diamond mining was the real motivation for kicking the tribe off their territory. Government and its cronies vigorously denied these accusations, but finally we have been proven correct. Meanwhile, organizations such as Conservation International continue to laud President Khama for his environmental credentials and turns a blind eye to his human rights abuses.”

- Download a timeline of events leading to the opening of the Ghaghoo diamond mine (PDF, 639 kB)