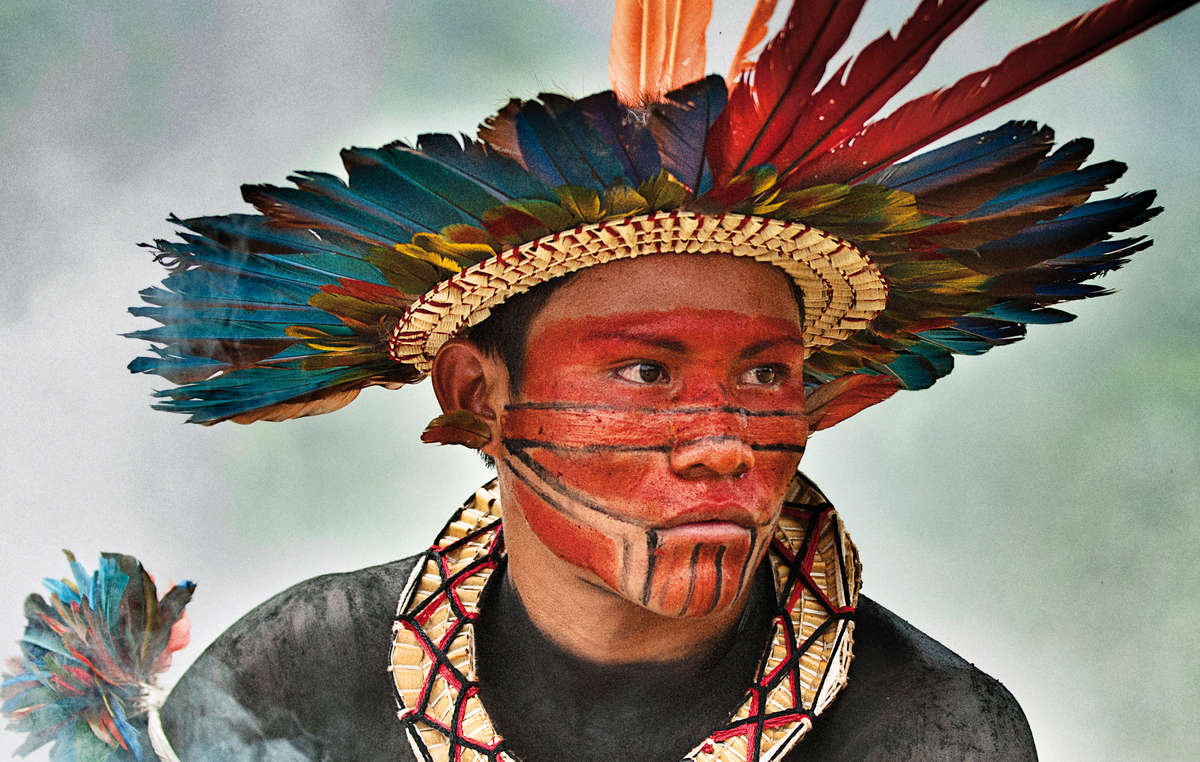 Survival International, the global movement for tribal peoples’ rights, is delighted to announce the twelve winning entries of its first-ever photographic competition, held to mark the organization’s 45th anniversary. The winning photograph by Giordano Cipriani is a stunning portrait of an Asurini do Tocantins man in the Brazilian Amazon.

The winning entries give an insight into the incredible diversity and unique ways of life of tribal and Indigenous peoples around the world. The photographs feature, among others, the long-distance running Tarahumara in Mexico, the bull-jumping Hamer in Ethiopia, and the mountain-dwelling Igorot in the Philippines. 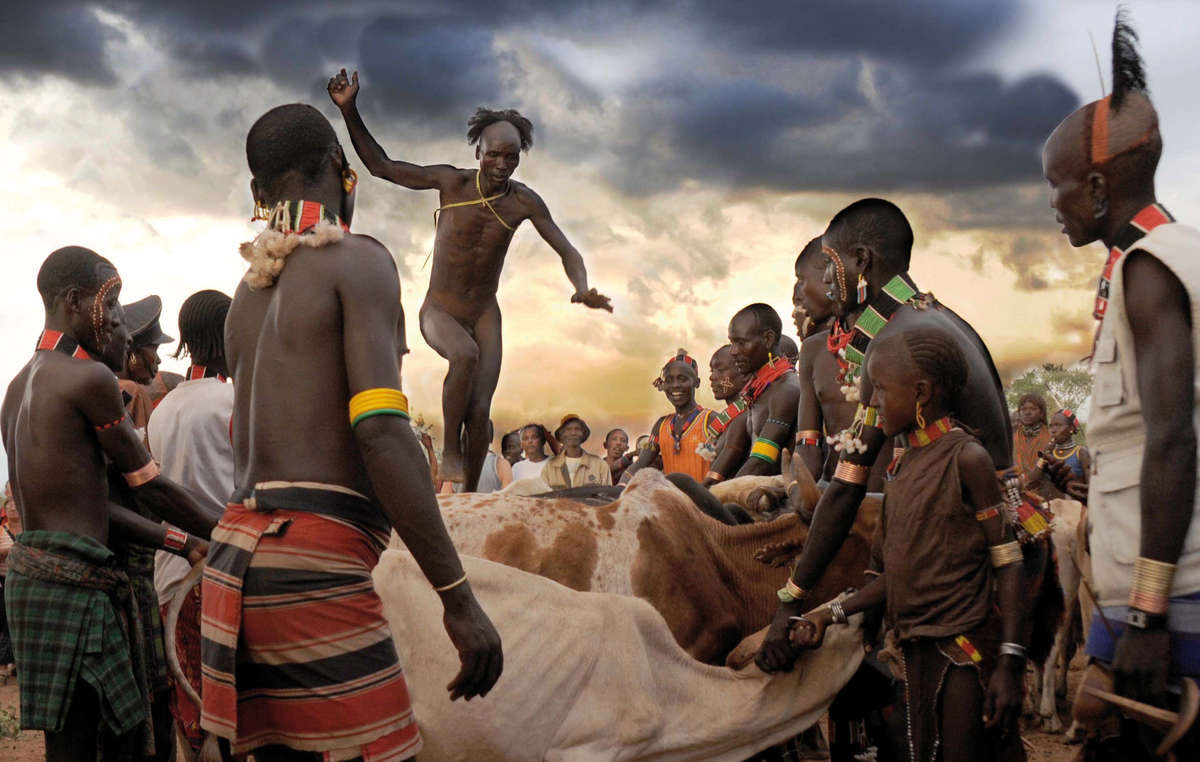 One of the runners-up: a Hamer man in Ethiopia’s Omo Valley skilfully jumping over a row of bulls as part of a wedding ceremony. © Salvatore Valente / Survival International

View a slideshow of the winning entries.

The twelve winning photographs will feature in Survival’s annual calendar and will be exhibited at The Little Black Gallery in London from December 2-16, 2014, and in other countries where Survival has offices.

Open to amateurs and professionals alike, the competition called for entries in the categories of lands, human diversity and ways of life, and aimed to celebrate photography as a powerful medium for raising awareness of tribal peoples. 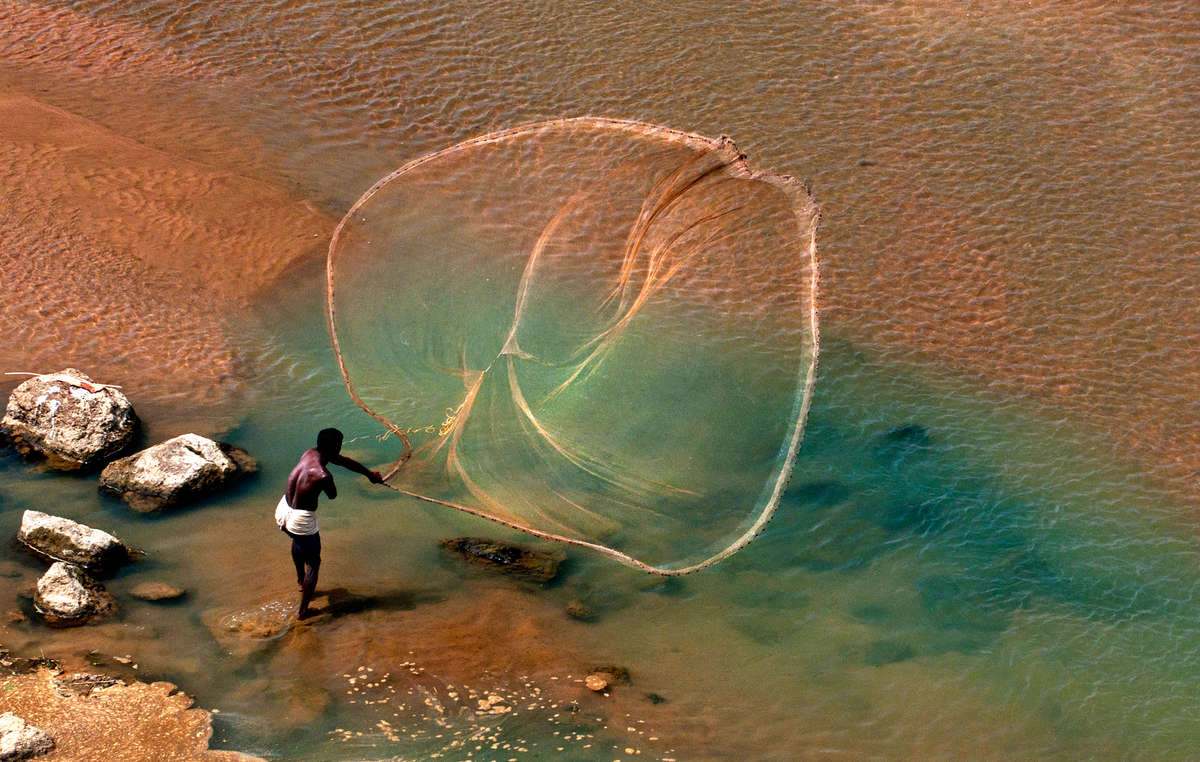 Stephen Corry said: “An important criteria when selecting the winning images was that they convey a fair and accurate picture, and do not falsify the appearance or behavior of their subjects. The range of high-quality entries from around the globe shows that it is possible to take stunning photographs of contemporary tribal peoples without resorting to portraying them as either ‘brutal’ or ‘noble savages’.”

Survival International, the global movement for tribal peoples’ rights, celebrates its 45th anniversary this year. It was founded in 1969 following an article by Norman Lewis in the UK’s Sunday Times Magazine about the genocide of Brazilian Indians, which featured powerful images from the acclaimed photographer Don McCullin.

- Please note that the credit for the photo of the Surma, Omo Valley Ethiopia, has been corrected.
- Survival’s 2015 calendar is now on sale featuring the winning image on the cover.
- The overall winner receives an Olympus camera E-PM2, donated by Olympus.
- Survival International would like to thank Chau Digital for printing, and John Jones for framing the photographs for the upcoming exhibition at The Little Black Gallery.