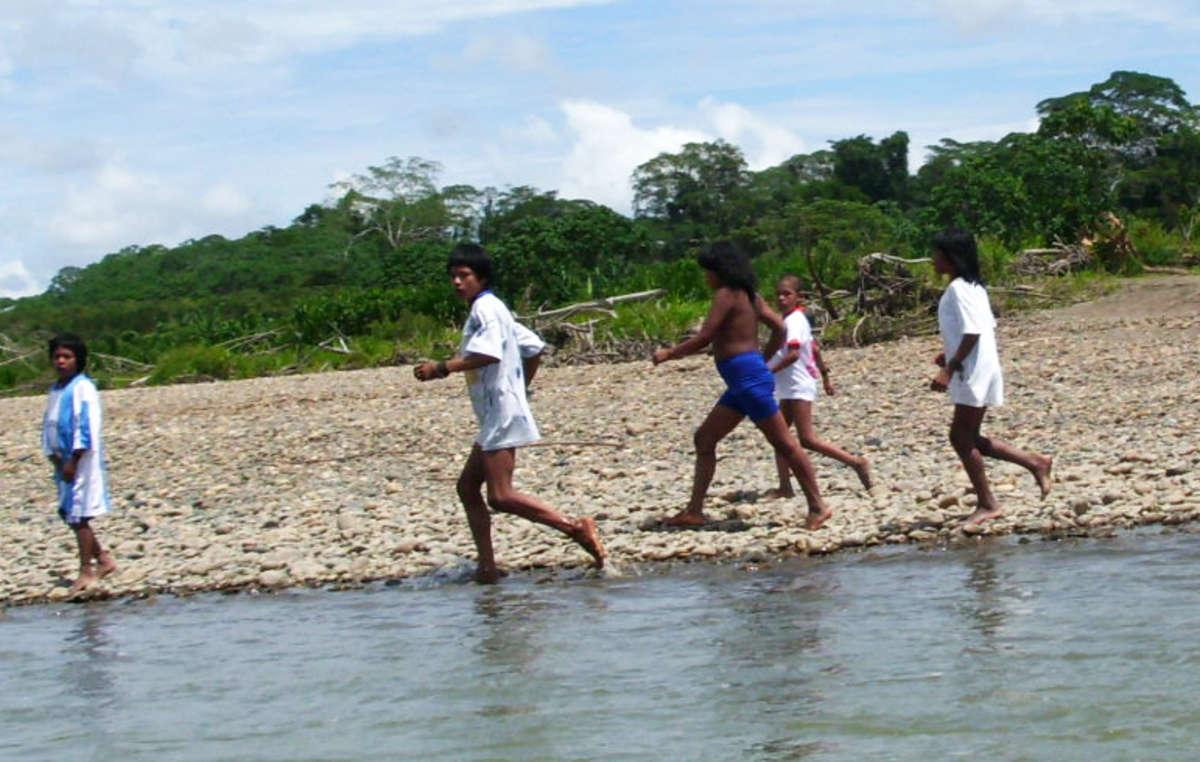 In September 2014 an Adventist priest made contact with uncontacted Mashco-Piro Indians and left clothes and food for them, putting them at extreme risk of contracting fatal diseases to which they have no immunity.
© Jaime Corisepa/FENAMAD

Alarms were raised after a missionary was caught on camera handing clothes and other items to young members of the tribe, sparking fears that the Indians could contract fatal diseases which would wipe them out.

Over 13,000 Survival supporters have written to the Peruvian government urging it to immediately implement measures to ensure the Indians’ lands and lives are protected.

Peru’s Ministry of Culture has now responded by creating an emergency committee to manage the situation.

But the Ministry’s measure falls short of demands by local indigenous peoples.

FENAMAD is calling on the government to: expand the Madre de Dios Reserve (where the tribe have been seen recently) to include a further 1.2 million hectares of the uncontacted tribes’ ancestral homeland; employ and train a team of experts to man local guard-posts; and grant local guards the power of arrest to prevent illegal loggers and drug traffickers from invading the region.

Uncontacted tribal peoples are the most vulnerable societies on the planet. Whole populations have been wiped out by diseases like flu and measles to which they have no resistance.