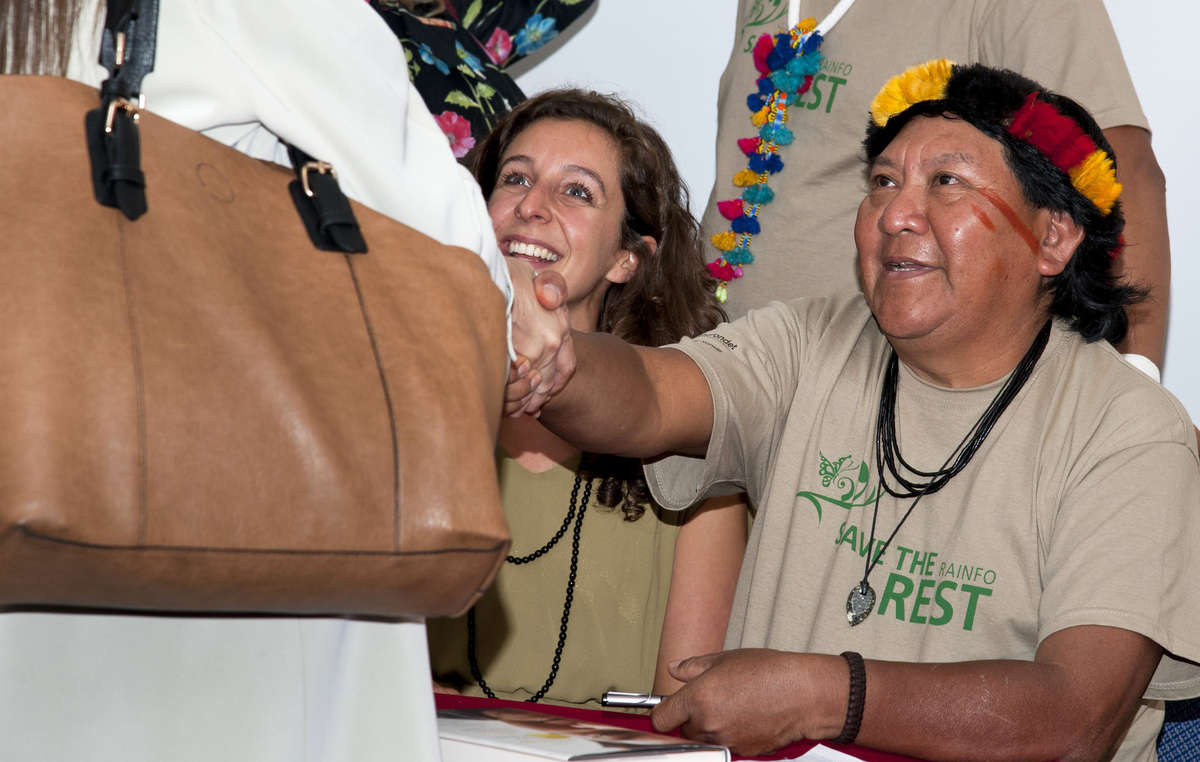 Amazon Indian leaders Davi Yanomami and Mauricio Yekuana have completed a unique trip to Europe, where they urged the global population to “stop destroying the Earth’s lungs”.

Davi, a Yanomami shaman who has been called the “Dalai Lama of the Rainforest”, spoke of the illegal mining, ranching and deforestation which pose a serious threat to his tribe and many others across Brazil.

He warned that the destruction of the Amazon is a danger for all humanity, and that if it is not stopped urgently, “the world will die and we will all die with it”.

Davi and Mauricio’s engagements included a meeting with the King of Norway, a sold-out talk to hundreds of people in London, and a tour of the UK to engage hundreds more in their campaign. 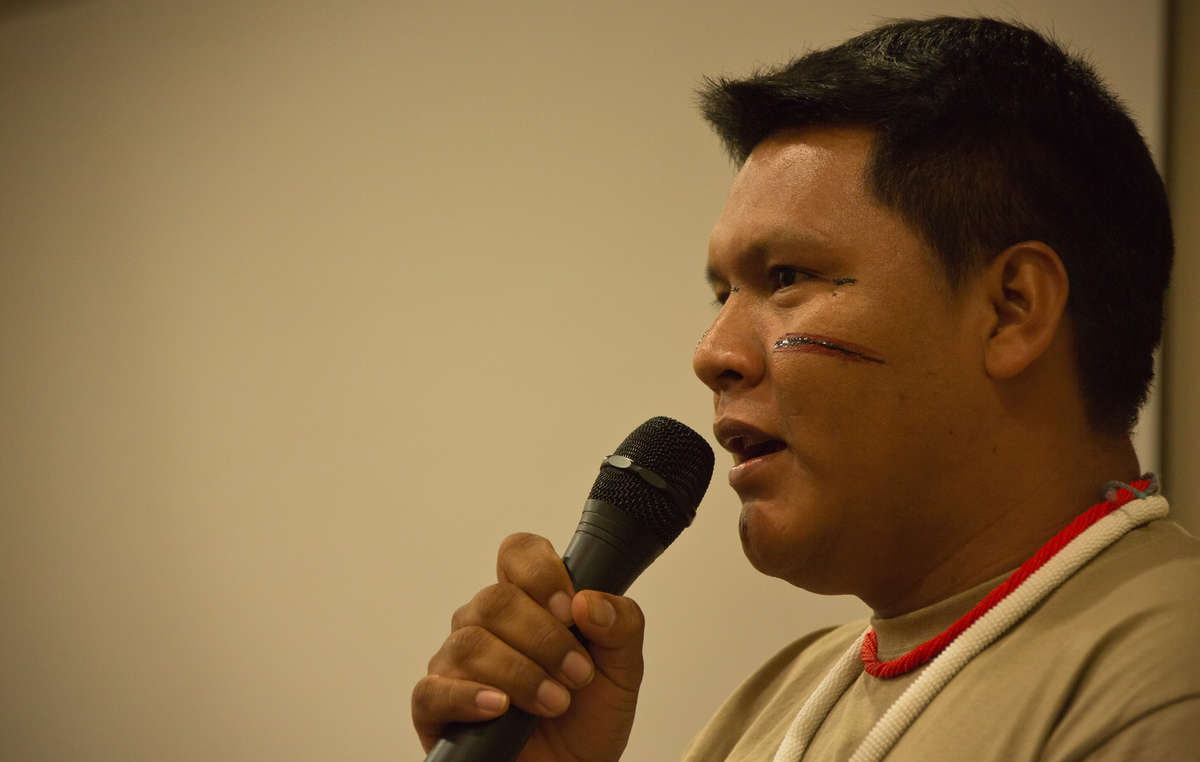 Davi also launched his groundbreaking new book “The Falling Sky” in the UK, and signed and sold dozens of copies.

Several major news outlets, including BBC Brasil and the BBC World Service interviewed him about his life, land and shamanism.

Mauricio, spokesman of the Yekuana tribe which lives alongside the Yanomami in northern Brazil and southern Venezuela, is Vice-President of Hutukara.

Their visit was coordinated by the Rainforest Foundation Norway, CAFOD and Survival International.

Watch a film clip of Davi speaking about his tribe’s life and land, shamanism and his new book, and support Survival’s campaign to protect the Yanomami territory.

Notes:
- Listen to Davi’s interview on BBC Outlook (from minute 26).
- “The Falling Sky”, written in collaboration with anthropologist and friend Bruce Albert, is the first ever book written by a Yanomami Indian and was listed among the top 10 science books of 2013 by ‘New Scientist’ magazine. Using evocative language, it discusses Davi’s life story, and the importance of shamanism to the Yanomami’s way of life. Buy your copy here.