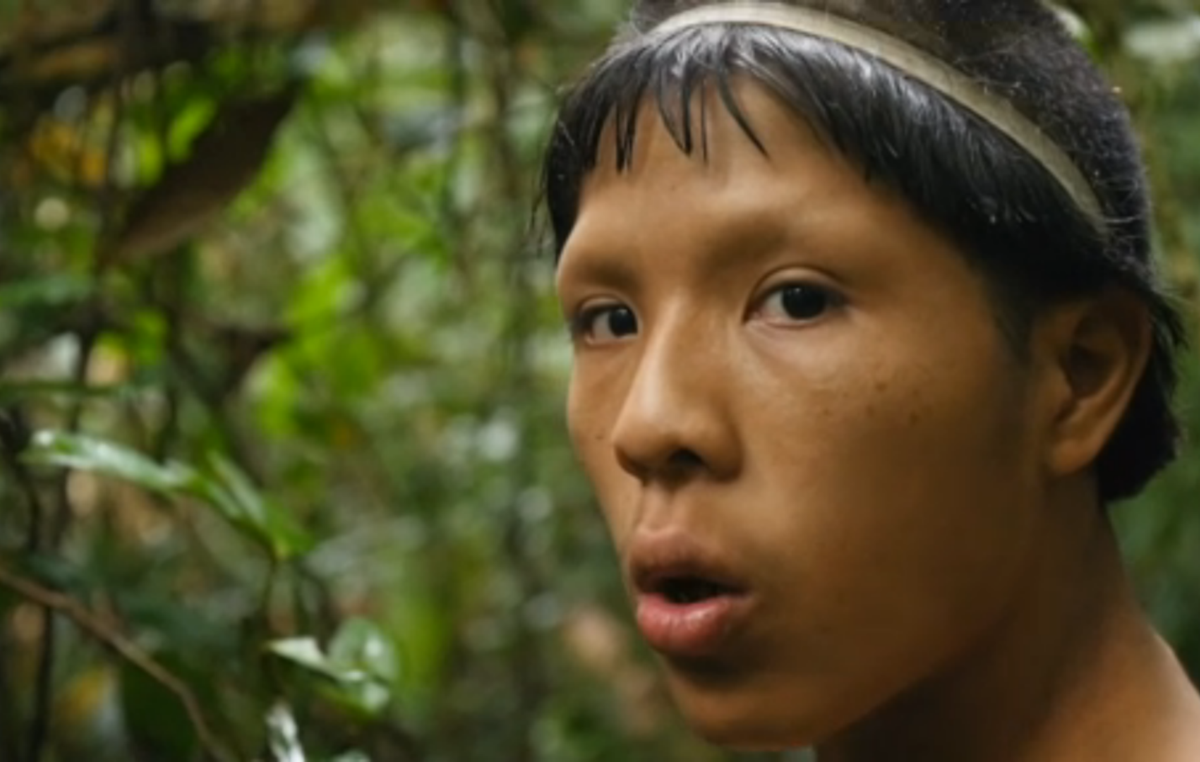 A documentary broadcast in the UK yesterday, entitled “First contact: Lost Tribe of the Amazon”, examined the situation of a group of formerly uncontacted Brazilian Indians known as the Sapanawa, who made contact in 2014.

As one of the group explained, they were fleeing from a series of massacres in which many members of their families had been killed. The perpetrators remain unidentified.

Illegal loggers and drug smugglers have operated with impunity in the region for decades, especially on the Peruvian side of the border. The authorities have consistently failed to protect the many Indigenous peoples who live in this area from these invaders, and this is the principal reason why some of these once-uncontacted Indians are now coming into contact with outsiders.

Stephen Corry, Survival International’s Director, said today: "We’re glad that this programme has highlighted the violence and atrocities that are still being committed against uncontacted tribes, but much of the programme was pretty dismaying.

“To describe uncontacted tribes as ‘people that time forgot’ who ‘show us what we once were’ is dangerous nonsense. It implies that such peoples are less ‘evolved’ than ‘us’, and is just the kind of prejudice used by those who want to steal their land and resources.

“The film-makers also described uncontacted Indians as living in an ‘almost constant state of terror.’ This is very far from the judgement of most people who have lived with tribal communities, and far removed from how once-uncontacted tribes themselves talk about their lives in the forest. An Awá man from Brazil’s northeastern Amazon, for example, said: ‘When I lived in the forest, I had a good life. Now, if I meet one of the uncontacted… I’ll say, ‘Don’t leave… there’s nothing in the outside for you.’’

“Overwhelmingly, it is the invasion of uncontacted tribes’ land, physical attacks and dangerous epidemics that are causing some of them to live on the run. And it’s only when these threats are removed, by proper enforcement of the law, that their lives and futures can be secured.”

Uncontacted tribes are the most vulnerable peoples on the planet. Survival’s global campaign is pushing governments to protect their land, as the only means to prevent their genocide.