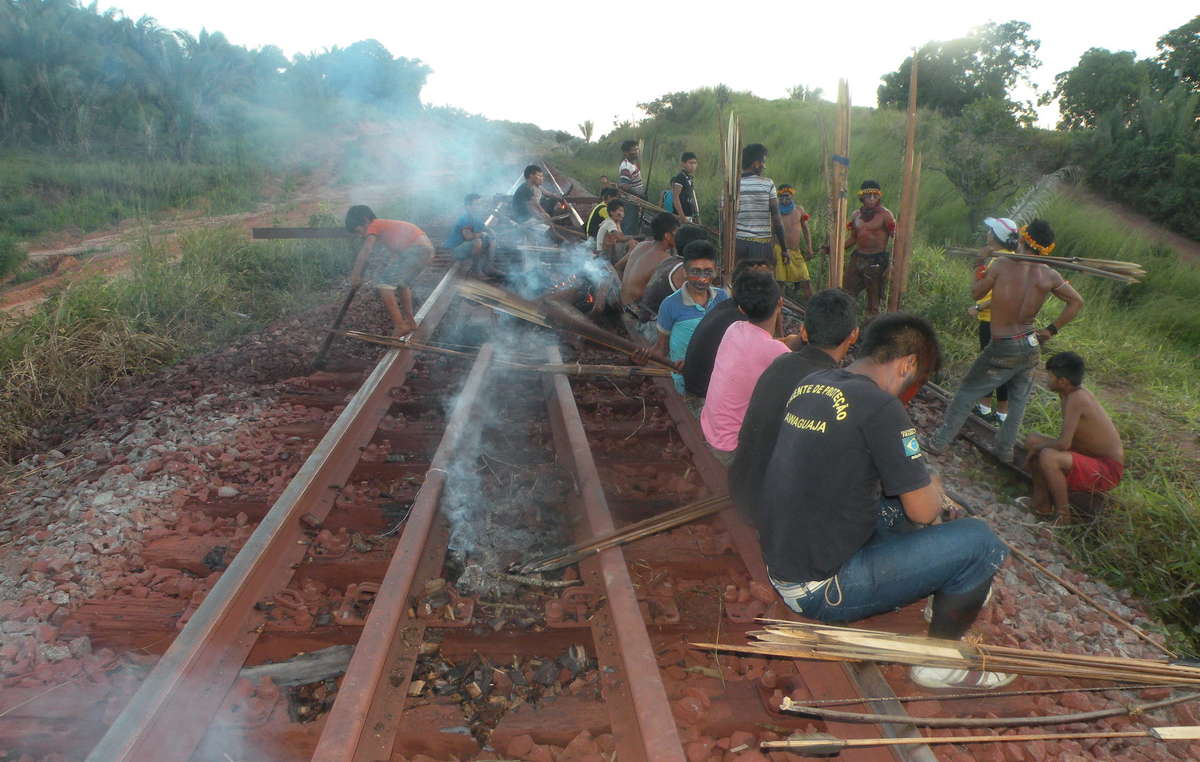 This is the first time the Awá have initiated a protest of this kind on their own. © Survival

Members of Brazil’s Awá tribe have blockaded a railroad owned by Vale mining company in the eastern Amazon.

The company has moved to expand the railroad, but the Awá say the expansion will increase the number and size of trains which transport iron ore from the Carajás mine to the port of São Luis – and that this will make it harder for them to hunt for food.

Carajás is the world’s largest open pit iron ore mine. To transport the iron ore, trains that are over 3 kilometers in length regularly hurtle through close to Awá territory.

The tribe are calling for a meeting with the company and FUNAI, the Brazilian government’s indigenous affairs department, so that their wishes can be heard and their rights respected.

On June 11 a large group of Awá families occupied a section of the railroad which runs alongside their land. 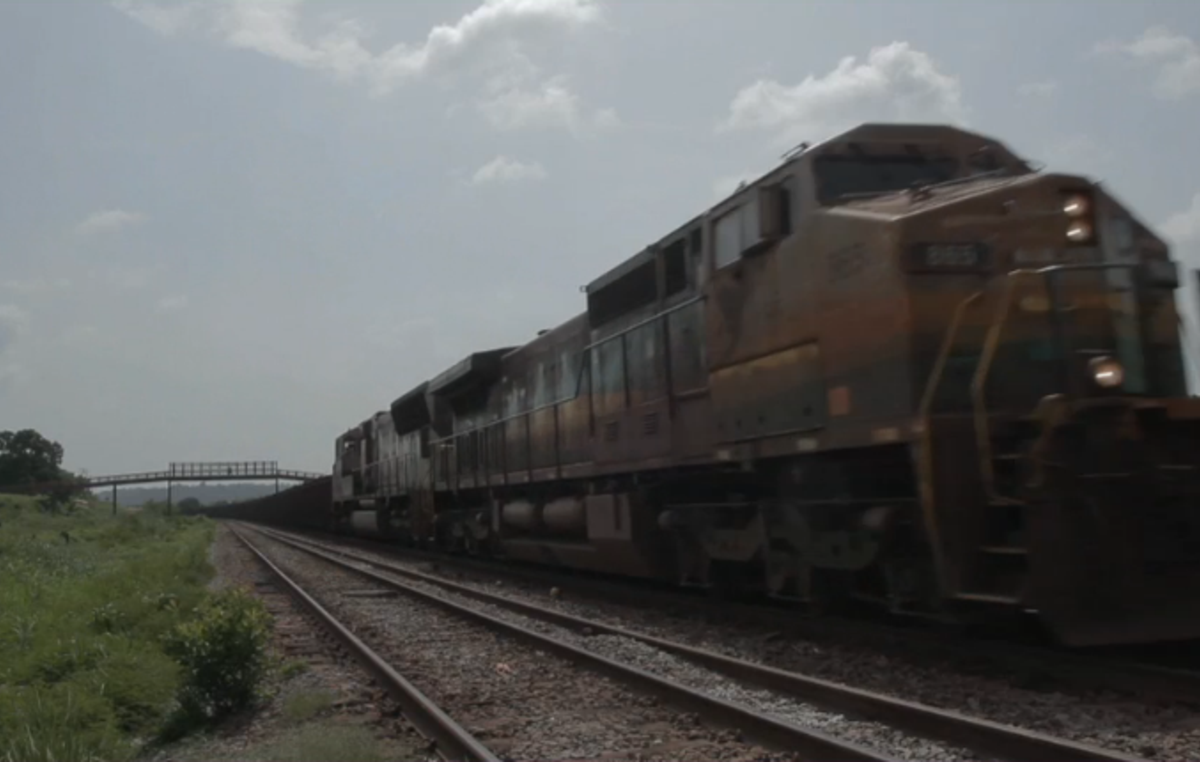 At over 300 carriages in length, the Carajás train is among the longest in the world, and seriously disrupts the animals the Awá depend on for food © Screenshot

Following a meeting with Vale representatives last week (June 15), the Awá agreed to suspend the blockade on condition that the company upholds its agreement to mitigate the impacts on the Indians’ forest.

This is the first time that the Awá have blockaded the railroad on their own initiative and reflects their determination to hold Vale to account.

In April 2014 Survival’s international campaign succeeded in pushing the Brazilian government to evict illegal loggers and settlers who had destroyed over 30% of their central territory.

However, the Awá are still one of the most vulnerable peoples on the planet. Around 100 remain uncontacted and are very vulnerable to diseases brought in by outsiders, to which they have no resistance.

Last year fires, possibly started by loggers, ravaged one Awá territory, home to the largest group of uncontacted members of the tribe.