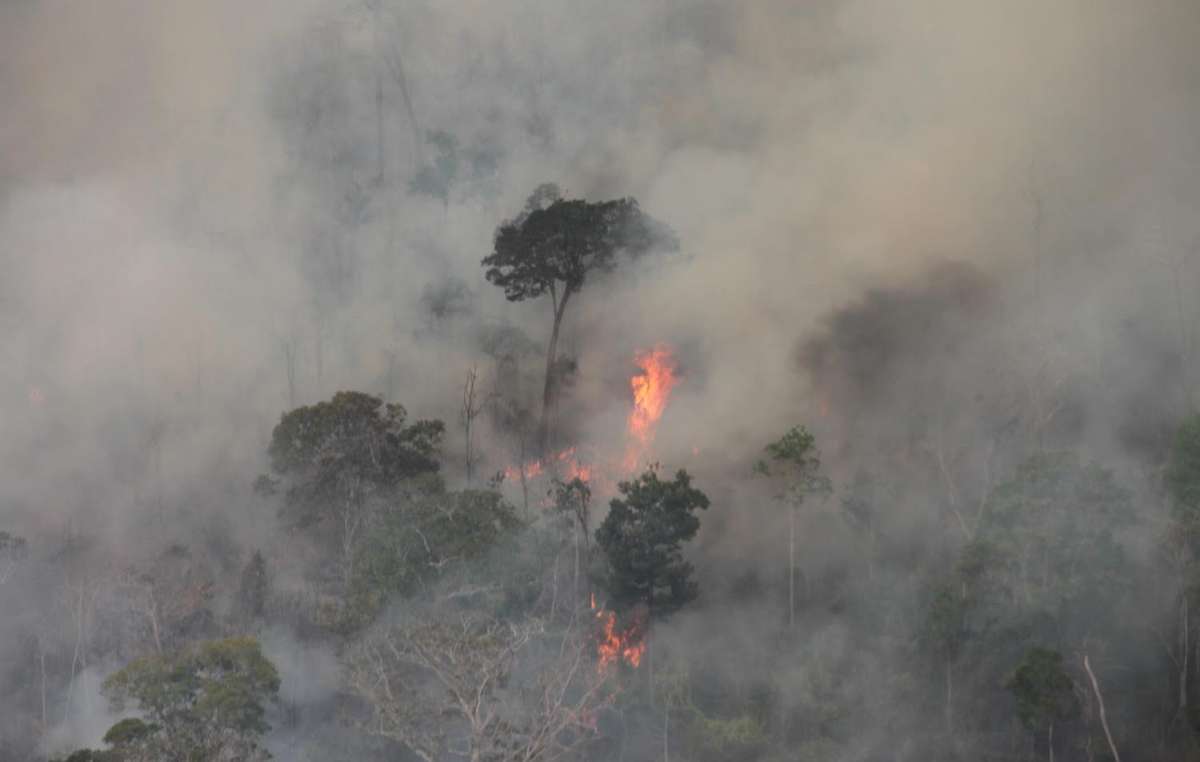 Forest fires are raging in an Indigenous territory on the edge of the Brazilian Amazon, threatening to wipe out uncontacted members of the Awá tribe.

Small groups of neighboring Guajajara Indians were forced to spend days attempting to contain the blaze in the absence of government agents, until an Environment Ministry-led fire-fighting operation began last week.

Forest fires started by loggers destroyed over 50% of the forest cover in the territory in late 2015. The Environment Ministry has stated that the situation is “even worse this year.”

Zezico Guajajara warned the NGO CIMI that the flames are approaching the uncontacted Awá, and said: “We’re in a real battle here and we need help.”

Campaigners are concerned that the current wave of fires could wipe out the tribe and are calling for urgent action. 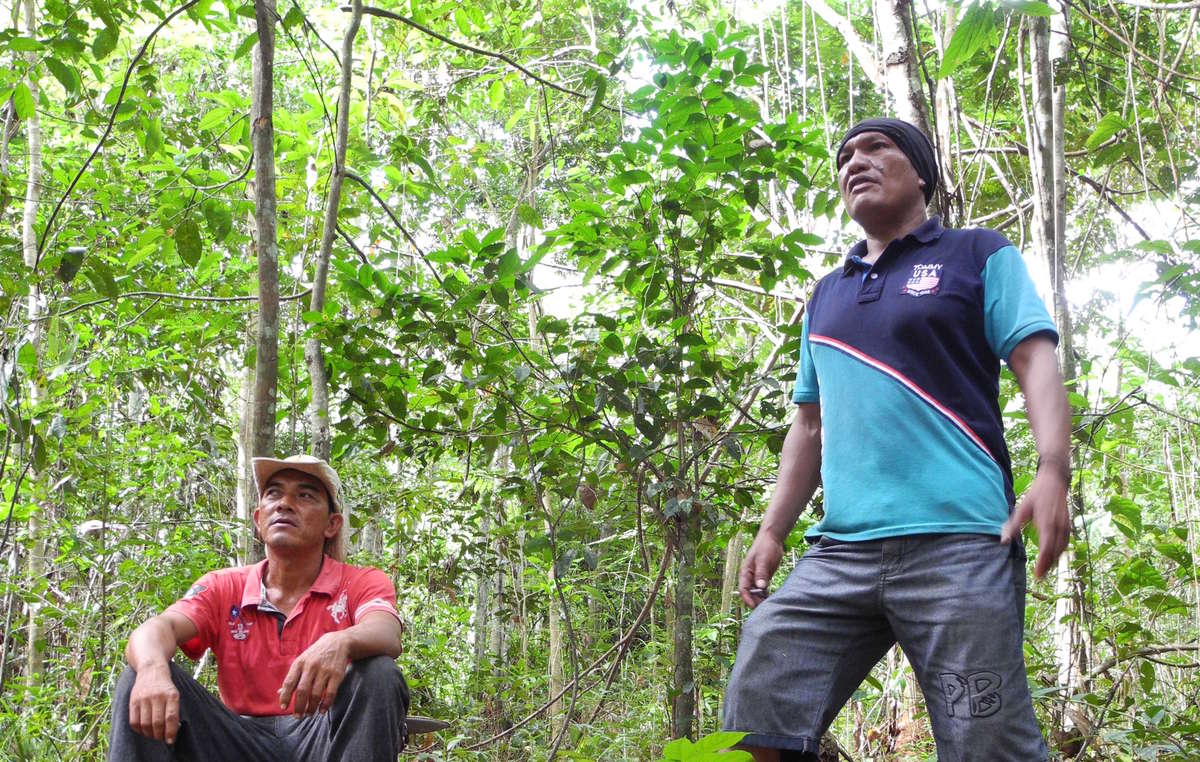 Franciel and Olimpio, from the Guajajara Guardians © Survival

Uncontacted tribes are the most vulnerable peoples on the planet. Tribes like the Awá are being wiped out by violence from outsiders, and by diseases like flu and measles to which they have no resistance. Unless their land is protected, they face catastrophe.

Among those fighting the fires are members of the “Guajajara Guardians,” who live in and frequently patrol the area in an attempt to crack down on illegal logging, and protect their uncontacted neighbors who are living on the run.

Olimpio Guajajara, the leader of the group, said: “We are defending our territory, so that the uncontacted Awá can survive. We have managed to reduce the number of loggers on our land and we hope to force all of them out. Otherwise, the Awá could be wiped out.  We just want them to be able to live in peace.”

The Guajajara Guardians are receiving very little support from the Brazilian government, despite promises of assistance. Unless they have the resources they require to conduct their expeditions, the territory remains open to invasion. 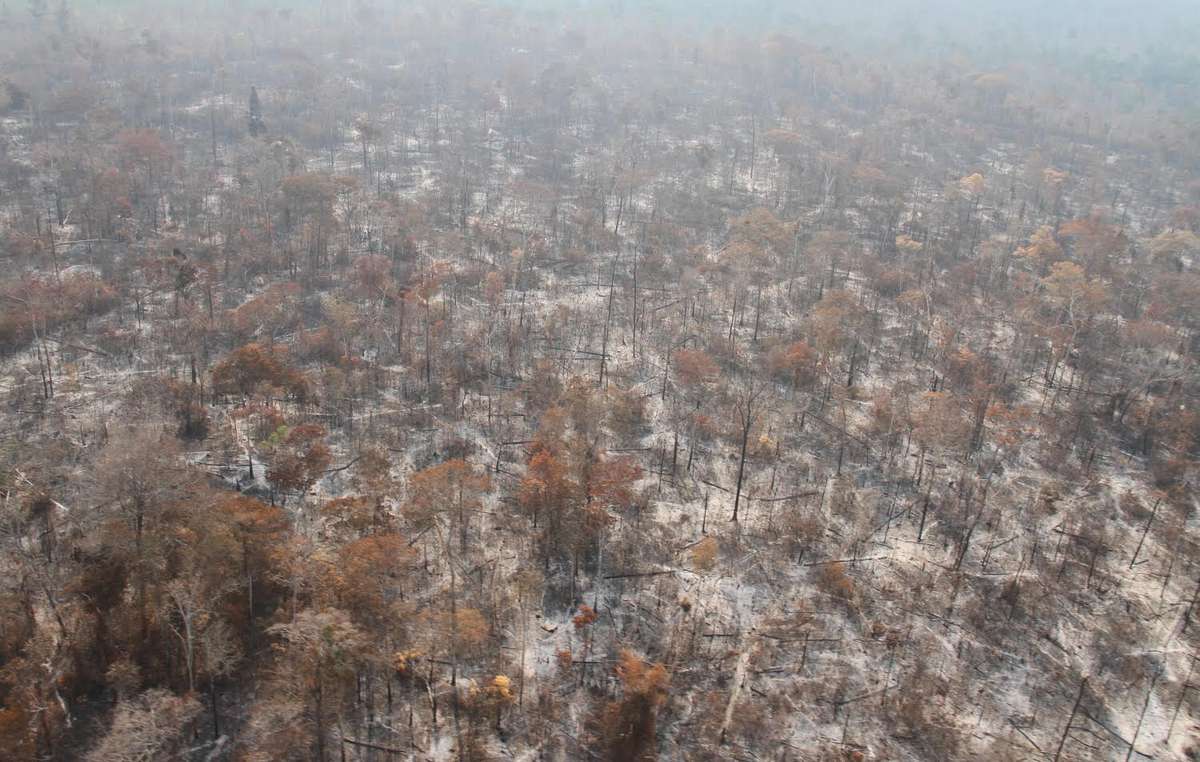 Vast swathes of forest in Arariboia have been destroyed by illegal loggers and by fires which the authorities have failed to contain. © INPE

If properly protected, tribal territories are the best barrier against deforestation.

Survival’s Director Stephen Corry said: “This is an urgent and horrific humanitarian crisis. The Brazilian authorities know that fires are going to break out in the dry season, and that they could decimate uncontacted peoples. Brazil needs to take its eyes off the Olympics and focus proper attention on stopping the annihilation of its tribal peoples.”