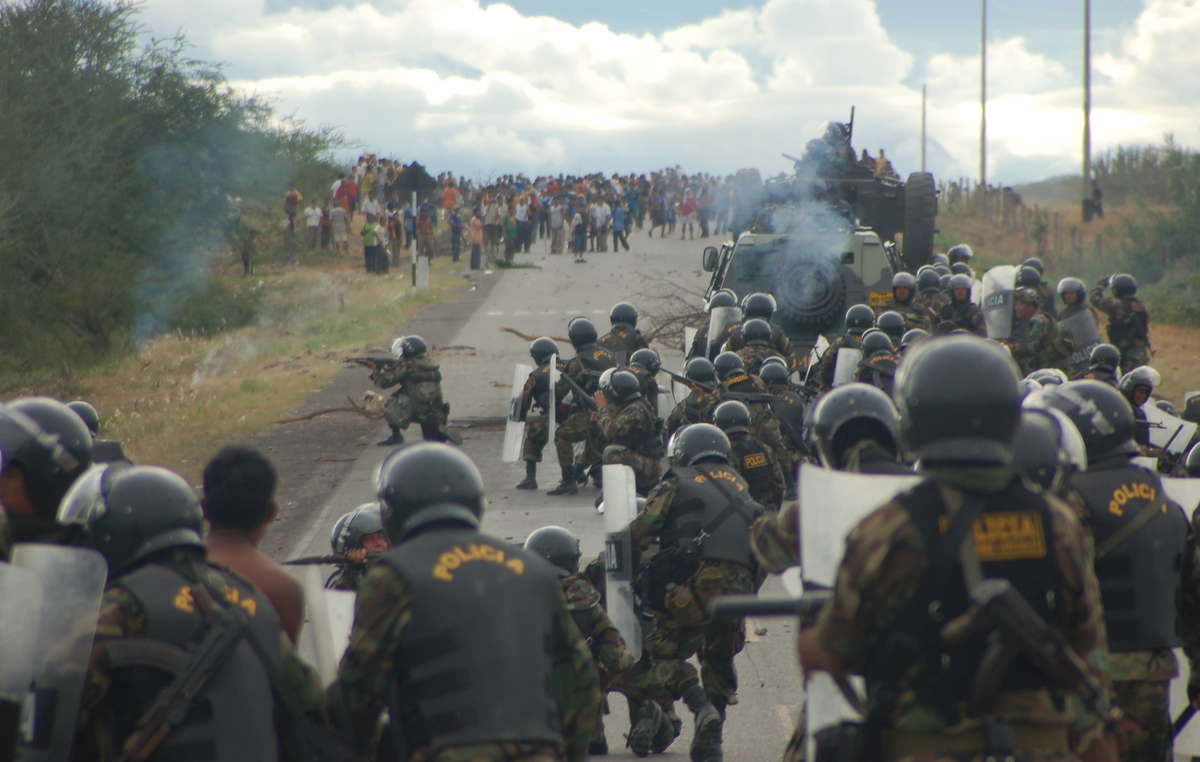 52 protestors have been acquitted of charges relating to the Bagua Massacre, one of the bloodiest episodes in recent Peruvian history.

The protestors, many of whom were Indigenous, were accused of killing 12 policemen in June 2009. The massacre, which began as a peaceful demonstration, ended with at least twenty-three police officers, five Indians and five civilians dead, and more than 200 people injured. Unofficial reports suggest that the death toll was much higher.

The protest began when several thousand Awajún and Wampis Indians blockaded a highway at the ‘Devil’s Bend’ in the Peruvian Amazon. They were demonstrating against the Peruvian government’s plans to strip the Indians of their rights and open up the Amazon to oil drilling and mining. The plans were a product of a 2006 free trade agreement between Peru and the U.S.

Peruvian security forces were sent to the blockade to break it up. The subsequent violent confrontation has been the subject of a Survival report, and a recent film.

Peru’s national Indigenous organisation AIDESEP is now calling for the true perpetrators of the violence, including ex-president Alan García, to be brought to justice.

Since the massacre, several of the controversial decrees that were being protested have been repealed. Peru now has a law designed to guarantee Indigenous peoples’ right to free, prior and informed consent to any projects affecting them and their lands.

However, more than 70% of the Peruvian Amazon has been allocated to oil companies.