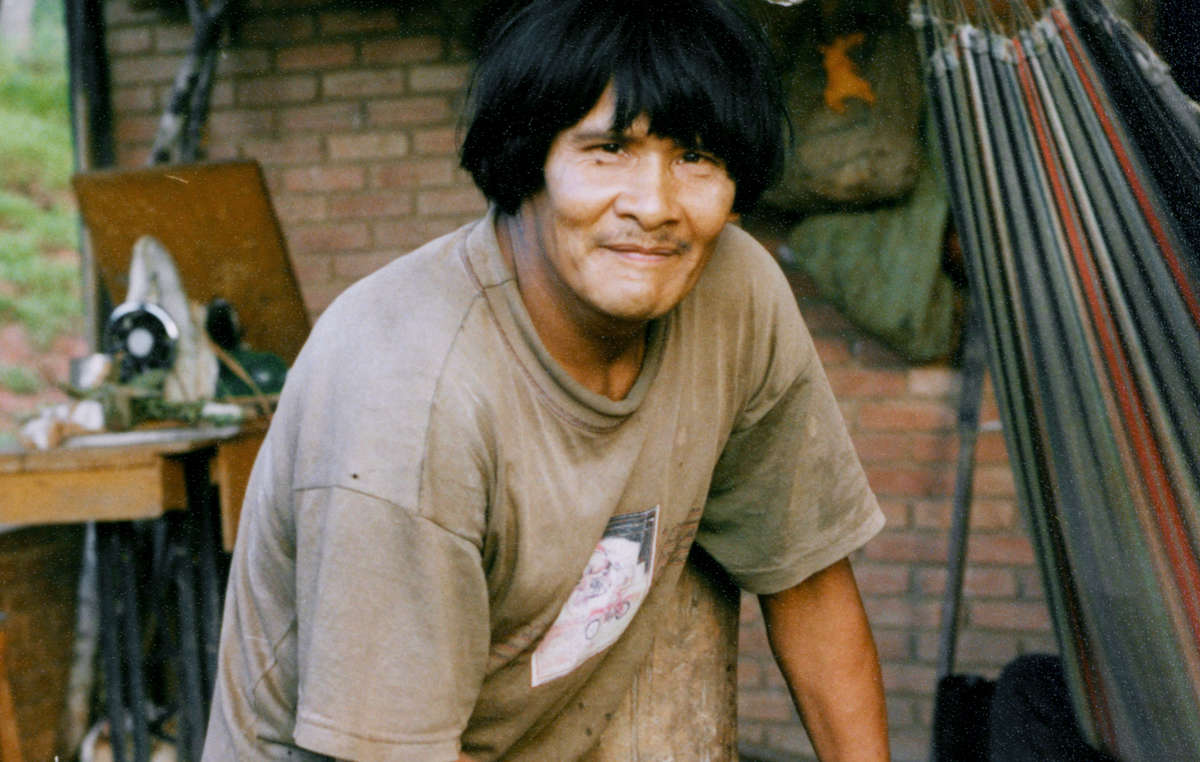 Iawí, one of the last survivors of the Avá Canoeiro tribe, pictured in 2000
© Fiona Watson/ Survival (2000)

Iawí, one of the last members of the dwindling Avá Canoeiro tribe, has died from cancer aged about 56 years. His death means just eight Avá Canoeiro remain in his small family group.

Iawí, his wife Tuia, her mother Matcha, and her aunt Naquatcha, were contacted by FUNAI, Brazil’s Indian affairs department, in 1983 as a huge hydroelectric dam was set to drown the Indians’ hilly refuge, the Serra de Mesa.

The government eventually designated a territory for the Avá Canoeiro in 1996.

The tiny group had survived a massacre in 1962 and for two decades sought refuge in caves hidden high up in the mountains.

At night they would come down to raid settlers’ gardens for food. Otherwise they survived by catching small mammals like rats and bats. This precarious existence meant the women had no children during this time.

Putdjawa married a Tapirape Indian and the couple have three young children.

Iawí’s death last month will be an enormous blow to the group as he was noted for his humor, his courage in defying contact for so long, and for helping his family to survive many massacres.

The Avá Caneiro are the last remnants of a proud and strong tribe which has been on the run since 1780. For decades they fiercely resisted the white colonists who systematically hunted them down as more and more Indian land was stolen.

Another small group of Avá Canoeiro were contacted in 1973. They now live in a neighbouring state and share a territory with other tribes.