This page was last updated on July 1, 2019 and may contain language which is now outdated.

Up to 10,000 goldminers have invaded Yanomami lands in northern Brazil, spreading malaria in the region and polluting many of the rivers with mercury.

Although most Yanomami are in contact with non-Indigenous society, one uncontacted group is known to live in the area being invaded, and authorities are investigating signs of up to six other uncontacted communities living there.

The massive influx has been blamed by local Indigenous leaders for the deaths of four children already. They say the miners are building settlements and airstrips, emboldened by President Bolsonaro’s support for land invaders, and constant attacks on Indigenous people.

Some mining camps are just a few miles from uncontacted Yanomami. 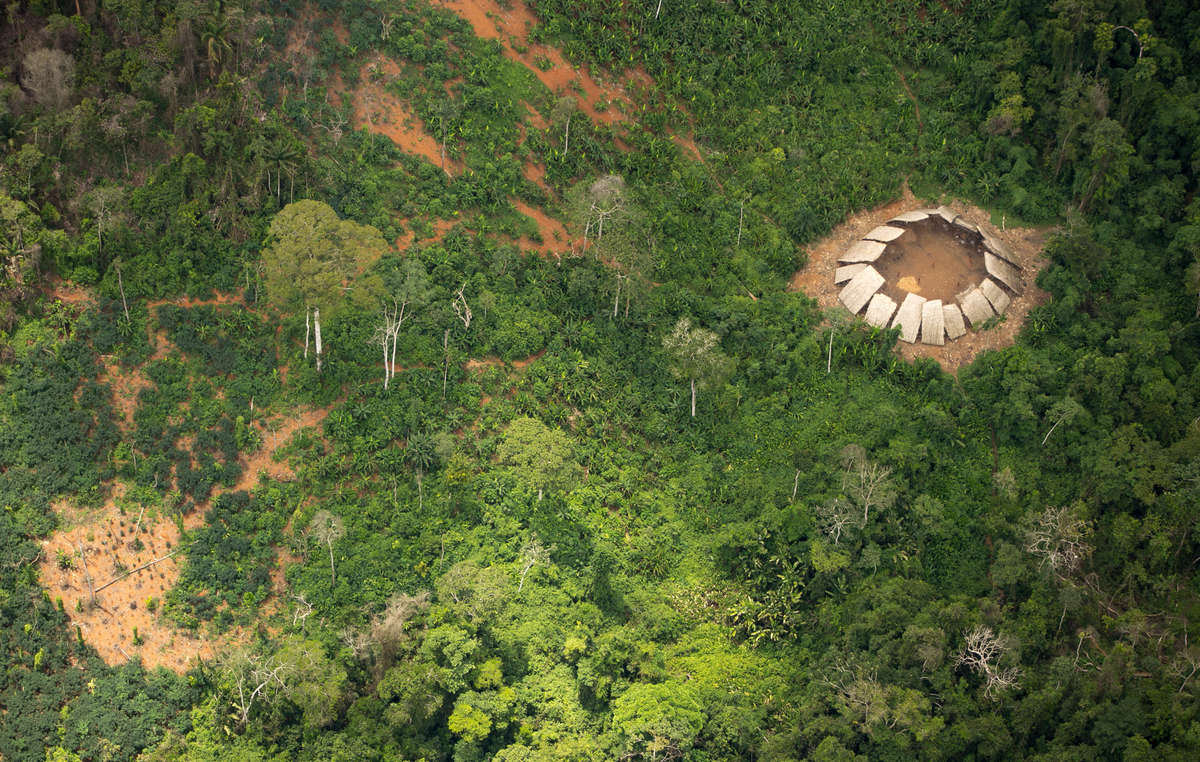 The communal house of an uncontacted group in the Yanomami Indigenous reserve. © Guilherme Gnipper Trevisan/FUNAI/Hutukara

The Yanomami association Hutukara estimates the number of miners at up to 10,000. They also report devastation to the fish and game they rely on for their livelihood.

The Yanomami are pushing the government to remove the miners. Earlier this year Brazilian Indians led the biggest ever international protest for Indigenous rights, after President Bolsonaro effectively declared war on them and their rights.

The 35,000 Yanomami straddle both sides of the Brazil-Venezuela border. 20% of the Yanomami population in Brazil died from diseases brought in by goldminers during a previous gold rush in the late 1980s and early 90s.

Yanomami mother and child, in a community where disease struck, caused by the invasion of gold miners, 1990. © Antonio Ribeiro/Survival

After a long international campaign led by Davi Kopenawa Yanomami, Survival and the CCPY (Pro Yanomami Commission), Yanomami land in Brazil was finally demarcated as the ‘Yanomami Park’ in 1992. The Yanomami territories in Brazil and Venezuela together form the largest forested Indigenous territory in the world.

Davi Kopenawa, known as “the Dalai Lama of the Rainforest” said: “Four of our rivers – the Uraricoera, Mucajaí, Apiaú and Alto Catrimani – are polluted. It’s getting worse, more miners are coming in. They’re not bringing anything [good], they’re just bringing trouble. Malaria has already increased here, and killed four of our children.”

Survival International Director Stephen Corry said today: “Bolsonaro’s racism has tragic consequences – and the gold rush underway in northern Brazil is just one example. It’s devastating the Yanomami people, who were attacked and massacred thirty years ago during the region’s last bout of gold fever. Bolsonaro’s happy to stand by and watch as the people die and the forest is destroyed – only a public outcry in Brazil and internationally can stop him.”