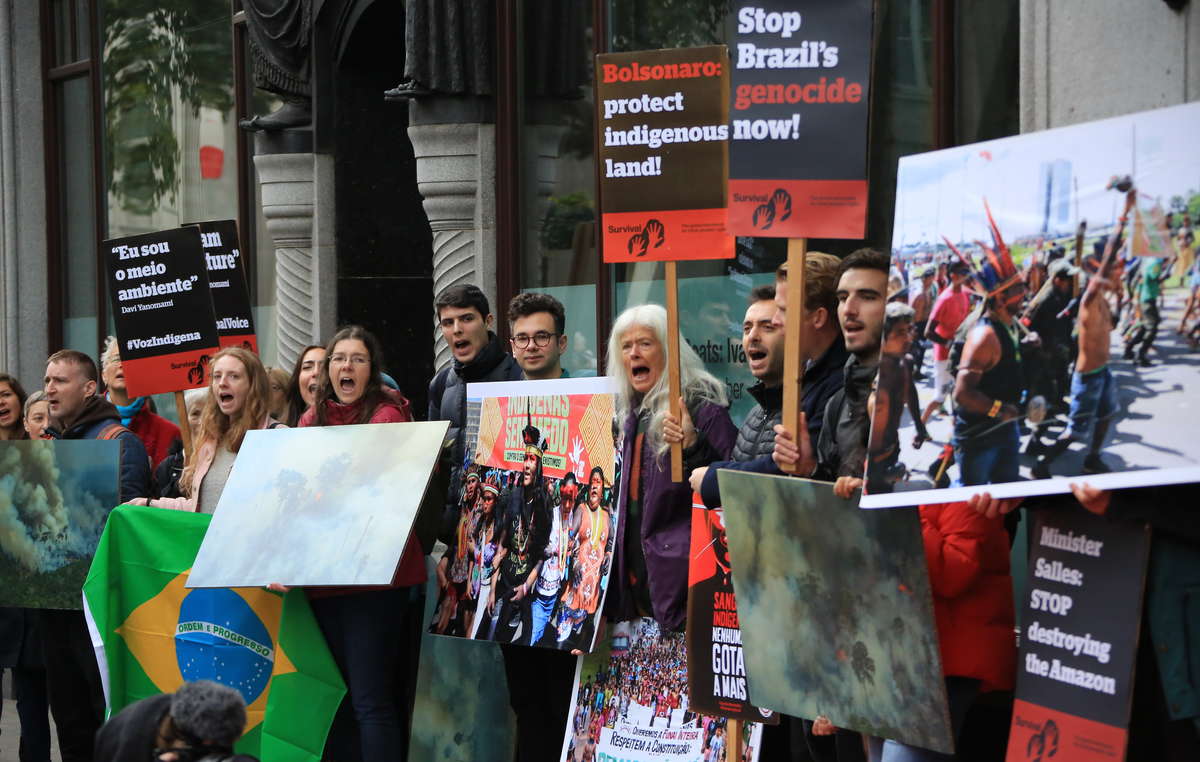 This page was last updated on October 3, 2019 and may contain language which is now outdated.

The activists stood in solidarity with the Indigenous peoples of Brazil who are on the front line of the fight to defend their land for their survival, and to combat climate change.

They carried placards calling on Salles to “Stop Brazil’s Genocide” and to protect the environment, and displaying messages of anger and resistance from Indigenous people. 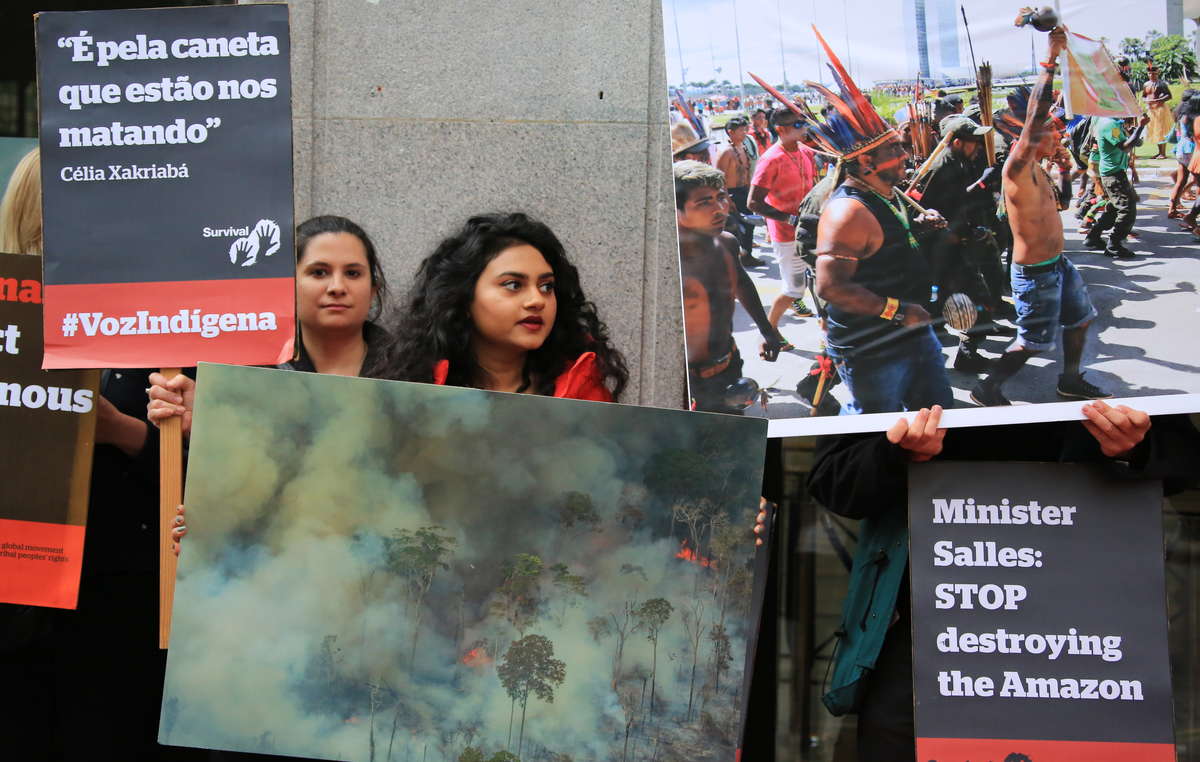 President Bolsonaro has virtually declared war on Brazil’s Indigenous peoples. His administration is trying to strip them of their autonomy, steal their territories for logging, mining and agribusiness and “assimilate” them against their wishes. This is the worst situation Indigenous peoples in Brazil have faced since the military dictatorship.

Minister Salles is central to this assault. He is in favor of using Indigenous territories for large-scale plantations and agribusiness, and has denied that Indigenous peoples are being attacked, when in fact the frequency of attacks on Indigenous peoples and invasions of their territories has increased dramatically under his watch. As he tours Europe, vast areas of Amazon rainforest continue to be destroyed by fire. 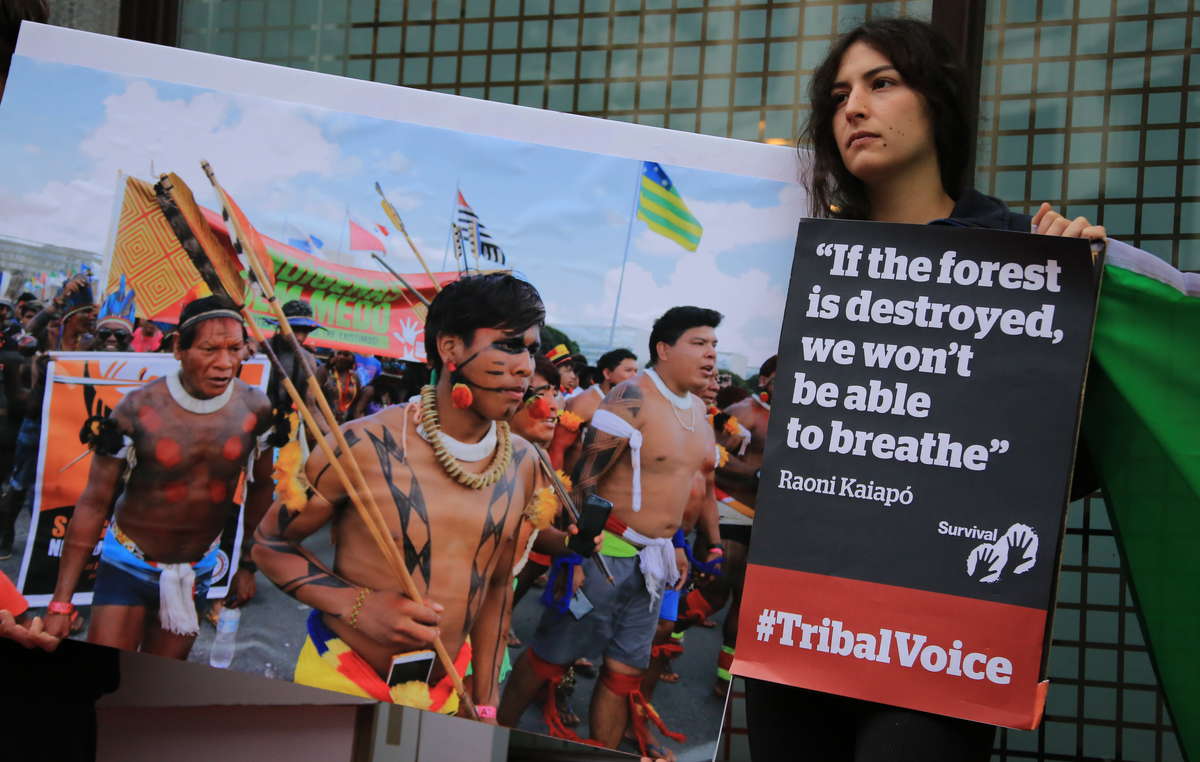 Brazil is home to around 305 Indigenous peoples, including around 100 uncontacted tribes. They depend on their land for their survival and all of them are now in danger. Earlier this year, Brazil’s Indigenous peoples led the biggest ever protest for Indigenous rights and were joined by activists around the world.

APIB, the Association of Indigenous Peoples of Brazil, said: “We have the right to exist. We won’t retreat. We’ll denounce this government around the world.” 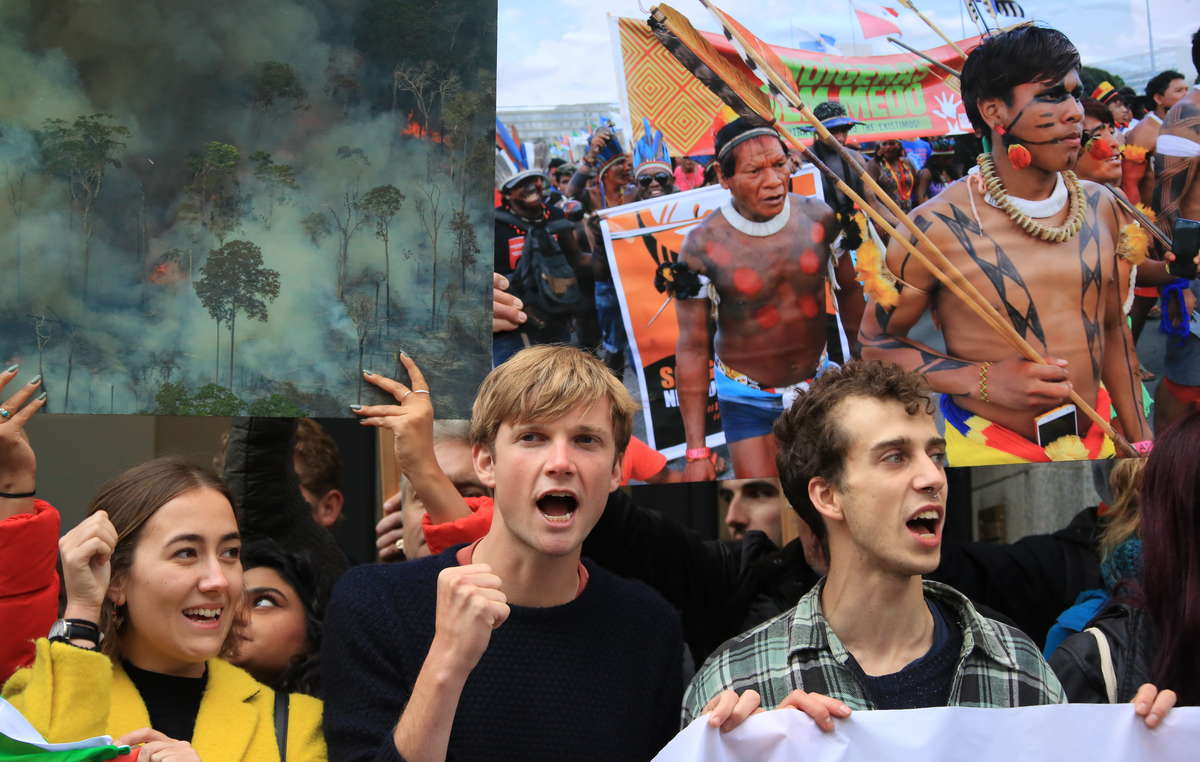 Cate Davies from the UK Student Climate Network said:
“We are here today, standing in solidarity with the Brazilian Youth Strikers, who have been doing all they can to fight corruption and inaction on the climate, environment and human rights in Brazil. Ricardo Salles and the Bolsonaro government must be held to account for the threats they pose to Indigenous communities and their inaction on the Amazon fires.”

Sarah Shenker, activist at Survival International, said:
“President Bolsonaro and Minister Ricardo Salles are waging an all-out assault on the Amazon and its Indigenous guardians. If they’re not challenged, the Indigenous peoples of the Amazon face complete destruction, and that would spell the end of the rainforest and climate disaster. We stand shoulder to shoulder with the Indigenous people who are putting their lives on the line to oppose them and their racist and genocidal policies. They won’t stop fighting to defend their lives and lands.” 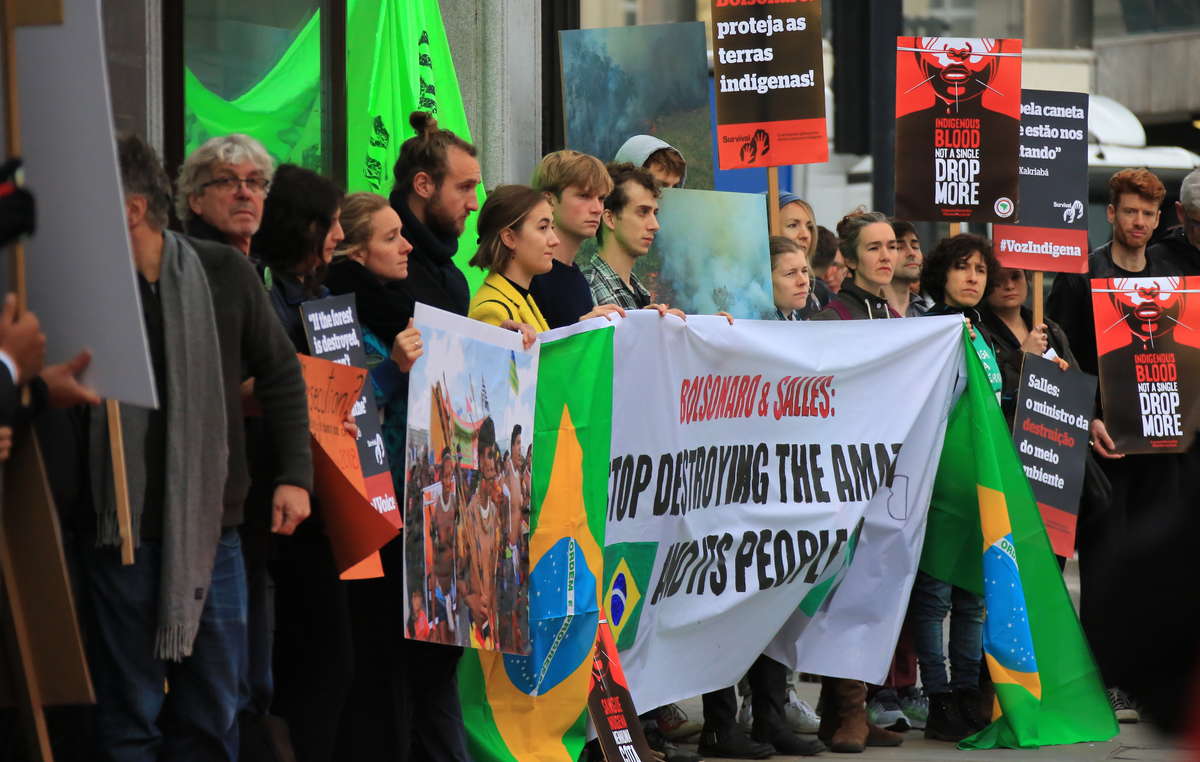 Richard George of Greenpeace UK said:
“Putting Salles in charge of Brazilian environmental policies is like giving a pyromaniac a box of matches. It is utterly shameful that the government has rolled out the red carpet for a man who is literally letting the most biodiverse terrestrial ecosystem burn to the ground.”

Minister Salles’ visit to London is part of a tour of Europe, during which he has been met with protest in several cities. A leaked copy of his agenda showed that he is scheduled to meet with companies with mining and fossil fuel interests.