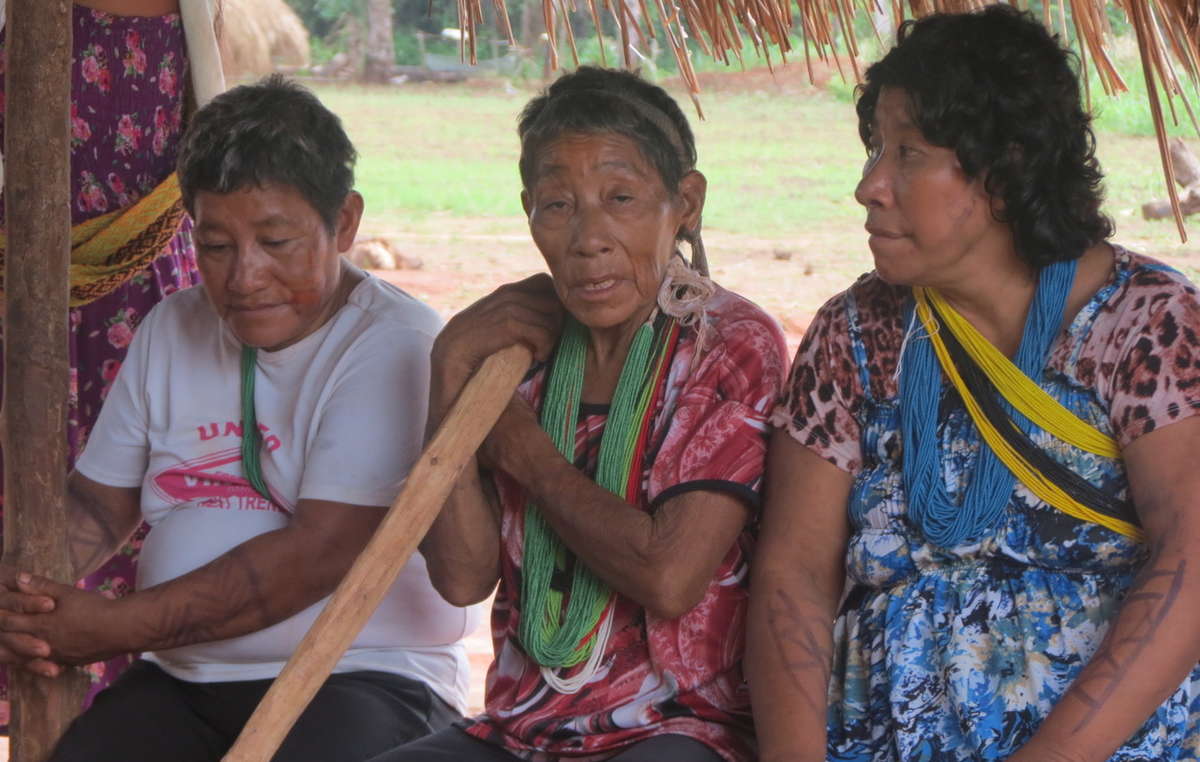 Tatjig, Iogo and Typu Arara. Iogo, the oldest woman of the community, sits at the center. © Leila Burger/Survival

*The Arara people of the Cachoeira Seca (Dry Waterfall) territory have been revealed as the tribe with the highest known rate of Covid-19 infection in the Brazilian Amazon.

According to official statistics 46% of the 121 Arara people living in the reserve have the virus, but experts believe it’s highly likely that all the Arara in the territory are now infected.

The news is potentially devastating for the tribe, who were only contacted in 1987 and are particularly vulnerable to outside diseases.

Experts believe it’s no coincidence that the reserve is one of the most invaded in the entire Amazon, with hundreds of loggers, land grabbers, ranchers and colonists operating illegally within its borders. 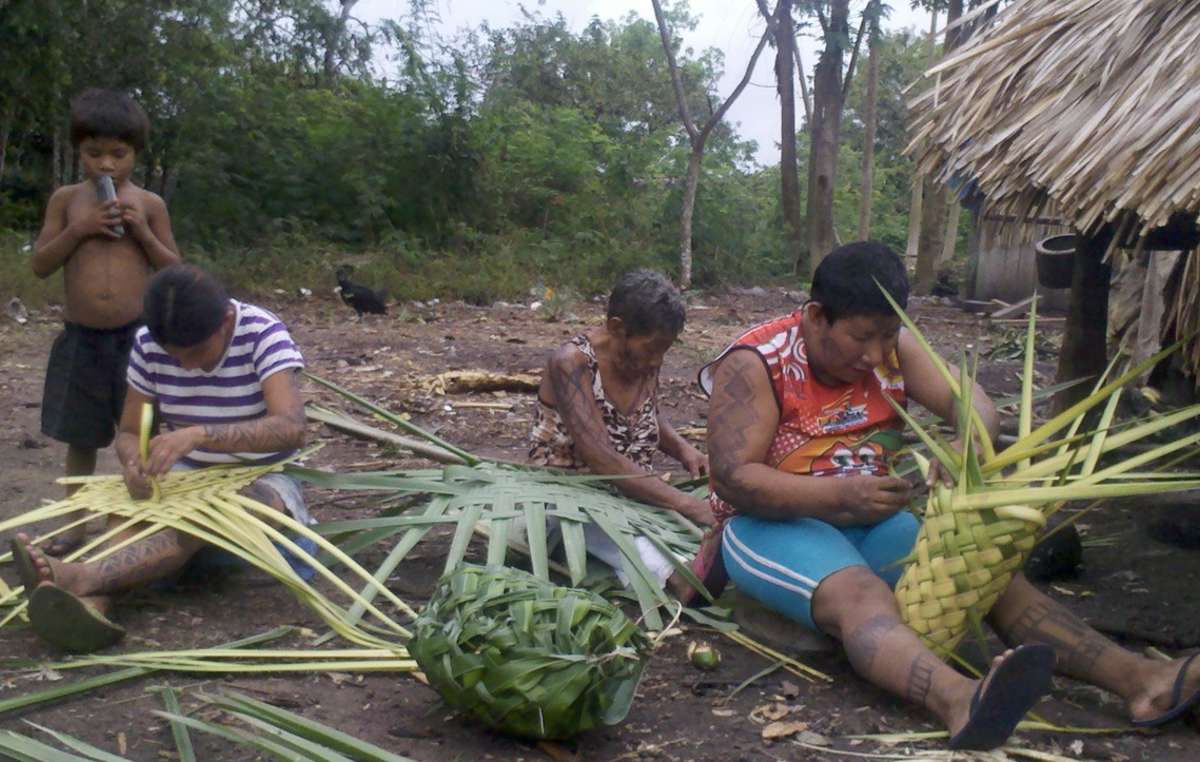 The Arara’s reserve lies within the Xingu basin, where Covid-19 is now sweeping through dozens of Indigenous communities. Some of the reserves in the area are known to be inhabited by uncontacted tribes, the most vulnerable peoples on the planet.

An Arara man told Survival: “We’re very worried. At the health post [near the village] there is no medicine, no ventilator. We wanted a ventilator for that post so we wouldn’t have to go into town. The village is 3 days away from the city, where the hospital is located. We’re asking for protection with these coronavirus cases. The number of invaders has increased a lot, they’re cutting down a lot of timber. The government isn’t stopping them. There are too many invaders in the area.”

The Arara are demanding the immediate eviction of all invaders from their territory, and a full health-care response to prevent deaths. Their allies, including Survival, are lobbying the Brazilian government for urgent action. 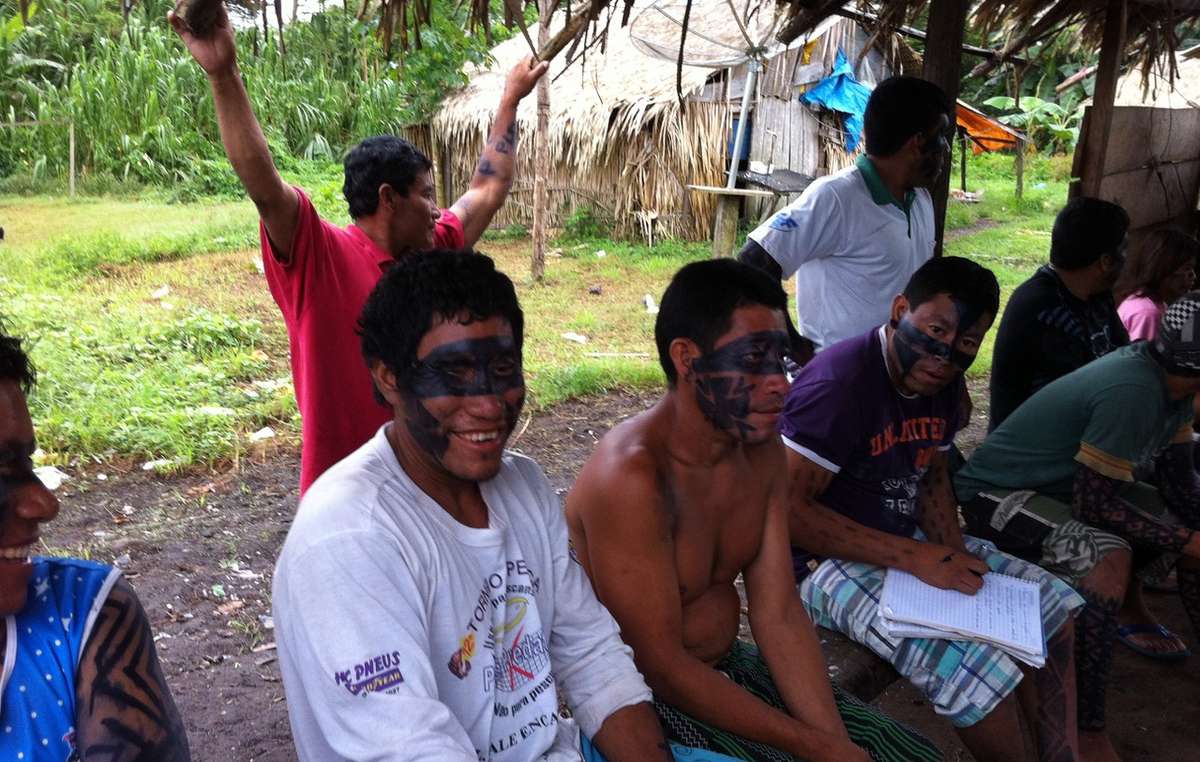 The Arara of Cachoeira Seca are now suffering the highest known rate of Covid-19 infection in the Brazilian Amazon. © Leila Burger/Survival

COIAB, the Coordinating Body for Indigenous Organizations in the Brazilian Amazon, said recently in a statement: “Since the beginning, we’ve been denouncing the advance of coronavirus towards Indigenous lands and the risks of contamination in our territories. Covid-19 has now entered and is spreading rapidly. We’re on the brink of disaster. We are in a daily battle to survive, not only Covid-19, but the dismantling of laws; the halting of the demarcation and protection of our territories; the targeting of our lands and our lives; the assassinations of our leaders; the anti-Indigenous legislative measures of the Federal Government.”

Fiona Watson, Research and Advocacy Director of Survival International, who has visited the Arara tribe, said today: “In the last 40 years the Arara’s forests have been decimated and many of them have died from introduced diseases. President Bolsonaro is now overseeing the destruction both of a once-thriving people, and the rainforests they managed and looked after for millennia. Brazilian and international solidarity to resist this genocide is desperately needed.”