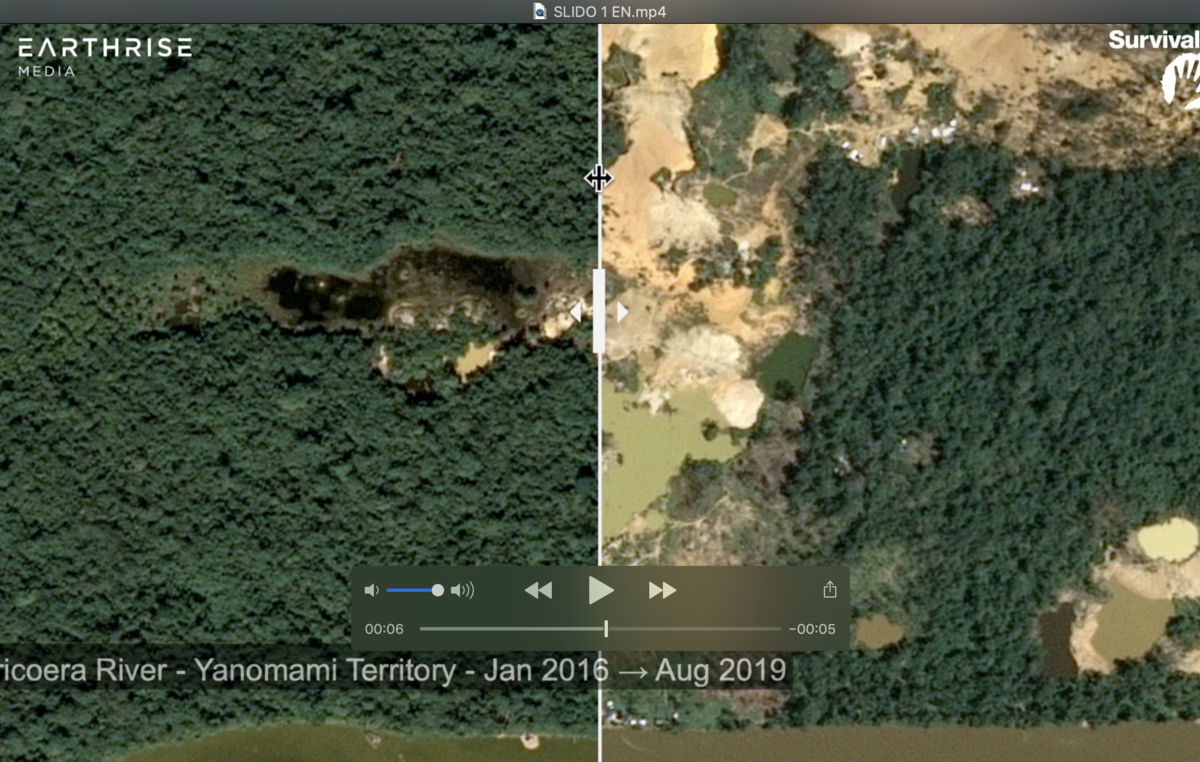 The men were from the community of Xaruna near the Venezuelan border. The community lies on a tributary of the Uraricoera River, which is at the epicentre of the gold rush.

A similar clash in 1993 prompted a cycle of violence that ended in the Haximu massacre, in which 16 Yanomami were killed. Brazilian courts later declared the massacre an act of genocide.

Survivors of the Haximu massacre, in which goldminers killed 16 Yanomami people, hold urns containing the ashes of their relatives. © C Zacquini/Survival

Besides violence, the miners are introducing Covid-19 into the Yanomami territory. Several Yanomami have died, and dozens are now infected. Fears of the devastation the disease would mean for their people prompted several Yanomami organizations, including Hutukara, to launch the MinersOutCovidOut campaign earlier this month.

In a statement Hutukara said: “The murder of two more Yanomami by miners should be rigorously investigated, and reinforces the need for the Brazilian State to act urgently to immediately remove all the miners who are illegally exploiting the Yanomami Territory and harassing and assaulting the Indigenous communities who live there.

“We call on the authorities to take all necessary measures to stop the mining which continues taking Yanomami lives.”

Survival International Research and Advocacy Director Fiona Watson, who has worked alongside the Yanomami for 30 years and visited their territory many times, said today: “What we’re seeing now is a horrific re-run of the conditions that led to the Haximu massacre 27 years ago: a poisonous cocktail of an uncontrolled gold-rush, disease, forest destruction, pollution of rivers, and miners intent on killing any Yanomami who get in their way.

“Public pressure is now critical to force the government to act and get the miners out. The Yanomami’s future depends on this happening. Please sign their petition .”