Survivors of the Haximu massacre, in which gold-miners killed 16 Yanomami Indians, hold urns containing the ashes of their relatives. © C Zacquini/Survival

Survivors of a gruesome massacre in which sixteen Yanomami Indians were killed at the hands of illegal gold-miners have spoken out twenty years after the attack, as miners continue to invade Yanomami land.

The massacre at the Yanomami community of Haximu in the Venezuelan Amazon was carried out by 22 Brazilian gold-miners in 1993. In the brutal attack, the miners shot women, children and old people, and hacked a baby with a machete.

Survivors of the massacre, Marisa and Leida Yanomami, said in a rare interview, ‘The gold-miners killed our brothers and sisters, and also killed our father with machetes; some of them were killed with guns … We can’t talk about it much because it makes us very sad. When we talk about the massacre, we remember our father.’

Twenty years on, the Yanomami territories in Brazil and Venezuela continue to be invaded by illegal gold-miners who pollute the rivers with mercury and destroy the forest, and attacks on the Yanomami continue despite an operation by the Brazilian authorities to remove the miners from Yanomami land.

Thousands of illegal miners continue to work on Yanomami land, polluting their rivers and destroying the forest. © Colin Jones/Survival

In Venezuela, the Yanomami fear a large-scale invasion of their land, as the Chinese state-owned company CITIC has been contracted to explore, map and catalogue Venezuelan mineral reserves, many of which lie on Indigenous land.

COIAM, a network of Indigenous organizations in the Amazon, condemned CITIC’s plans and declared, ‘We ask the national government to urgently revise these projects and not allow them in Indigenous territories and communities, given their potentially destructive environmental and socio-cultural impacts. The lives and the physical and cultural survival of future generations of Indigenous peoples depend on the proper protection of their habitat and lands.’

In Brazil, the Yanomami vehemently oppose a draft mining bill currently being debated in Brazil’s Congress, which if approved, would open up the Yanomami and other Indigenous territories to large-scale mining, and bring further invaders onto their territory.

Five of the perpetrators of the Haximu massacre were convicted of genocide, a ruling which has been hailed as unprecedented and historic. But today, only one miner remains in prison. One who served part of his sentence returned to mine illegally on Yanomami land and was recaptured during an operation to remove miners from the territory last year. 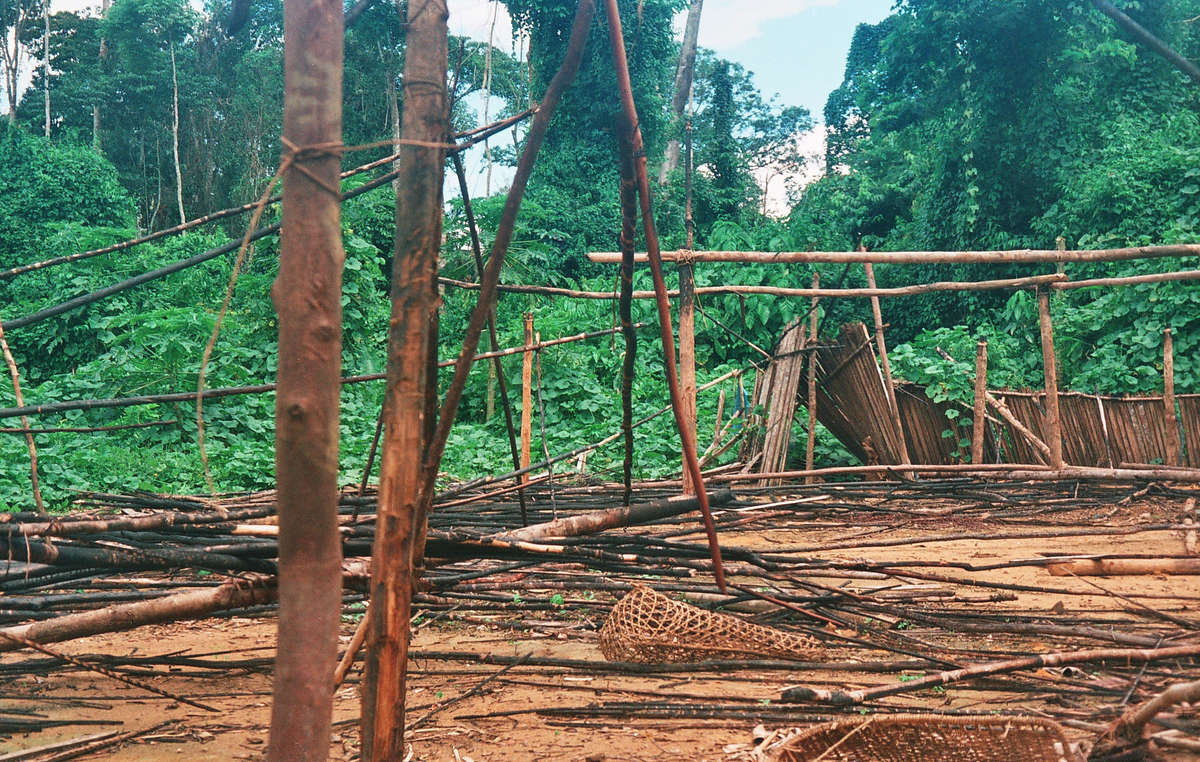 After the brutal attack on the Yanomami, gold-miners set fire to the shabono (communal house) of Haximu. © Oscar Márquez/ Venezuelan Interministerial Commission on Haximu

Davi Kopenawa, a Yanomami spokesperson, told Survival, ‘I’ve never forgotten about Haximu. The gold-miners killed sixteen Yanomami and the same miners came back … We were outraged because the gold-miners were never punished and didn’t suffer like we did.’

In the wake of the massacre various bi-national commissions were set up, including one to monitor and tackle illegal mining. However it appears to have been inactive for years. Survival has written to both governments urging them to uphold their agreements to control illegal mining and protect Yanomami land.

The Yanomami number over 30,000 and are the largest relatively isolated tribe in South America, straddling the border between Venezuela and Brazil. A wave of illegal gold-miners decimated the tribe in the 1980s, when one in five Yanomami in Brazil died of violent attacks or diseases brought in by the outsiders.

Stephen Corry, Survival International’s Director, said today, ‘Both Brazil and Venezuela continue to allow illegal gold-miners to operate inside Yanomami land, despite knowing the horrors they have caused. Brazil will soon be welcoming the world when it hosts the World Cup and Olympics – but can its government actually enforce the law inside its own borders?’

Note to editors:
- Read the full accounts of the survivors of the Haximu massacre here.
- Download the full statement by COIAM in Spanish (original, pdf, 69 kB) and English (pdf, 66 kB)