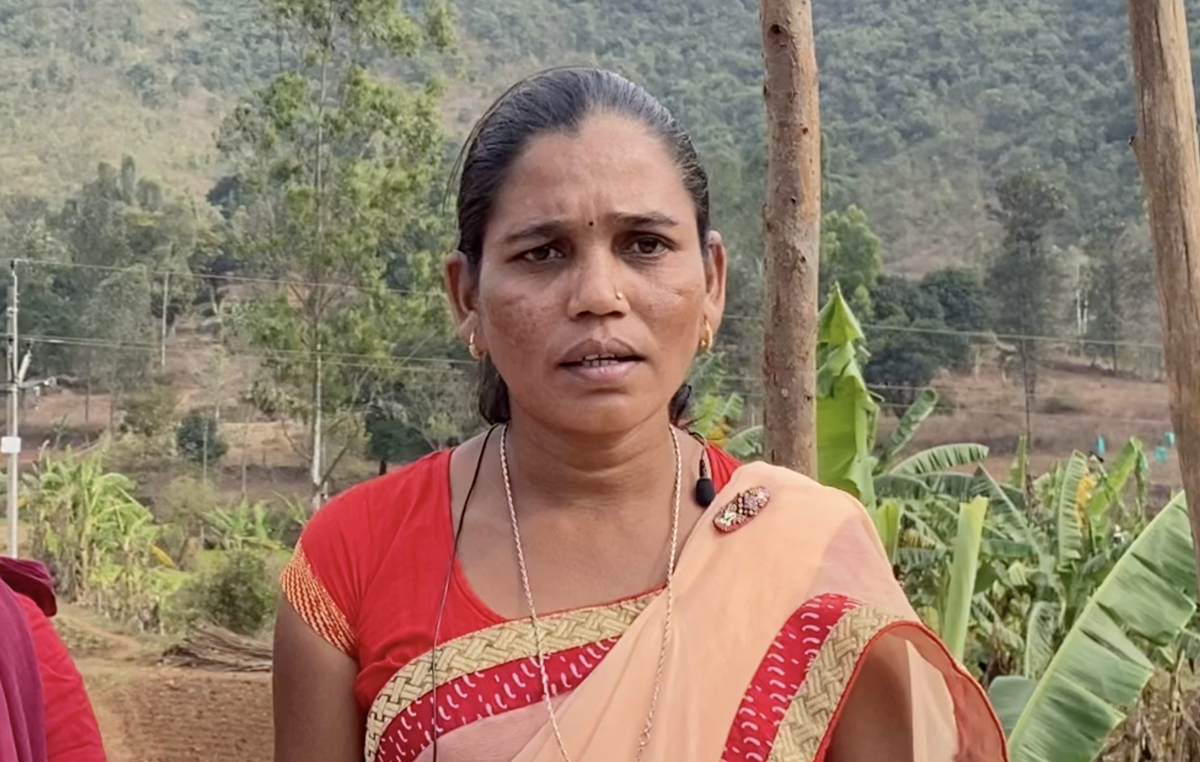 The prominent Adivasi (Indigenous) activist, Hidme Markam, from the Koya tribe, was arrested on Tuesday March 9th, while attending an International Women’s Day event in the Indian state of Chhattisgarh. A video shows her being violently bundled into a car amid protest from other women activists.

Ms Markam, 28, is an anti-mining and tribal rights activist working to prevent the mining of a sacred mountain in south Chhattisgarh and against police brutality and the building of paramilitary camps.

She is the convenor of the Jail Bandi Rihai Committee, a group campaigning for the release of thousands of Adivasis who have been criminalized, branded as Naxals [armed Maoist rebels] and held, often for many years, in pre-trial detention for speaking up for their rights. She now finds herself in the same situation.

According to the police, she has been arrested for a number of cases filed between 2016 and 2020 relating to Maoist activity. They also claim there was a US $1,500 bounty on her head.

This is disputed by other activists, such as Soni Sori, who said: “She isn’t a Maoist as police claimed. She has been fighting for the Jal-Jangal-Jameen (water, forest and land) of tribals in Bastar. She had been going to the offices of the Superintendent of Police (SP), and Collector [government official] frequently and met with many prominent personalities … to raise tribals’ issues…Have you ever heard that a Maoist goes to the SP or Collector’s office, meets with the Chief Minister, Governor and reveals their identity openly?”

The police have said that she will be held in custody for 10 days. Lawyers are applying for bail.

Her arrest is clearly meant to send a warning to those who speak out for Adivasi and women’s rights and against mining and state repression. It is another sign of the growing attack on Adivasi rights and democracy in India under Modi’s authoritarian regime. Even in Chhattisgarh – which is not under the control of Modi’s party – the assault against Adivasi lives and rights is relentless.

In India those who dissent, especially Adivasis and their supporters are often branded “anti-national” and are accused of sedition or held under the draconian Unlawful Activities (Prevention) Act (UAPA). In November 2020, 67 activists were charged under the UAPA in just two states. 10,000 Adivasis have been accused of sedition for their role in laying stones at the entrances to their villages engraved with their constitutional rights.

There are grave concerns about the treatment that Hidme Markam will receive in custody. The event at which she was arrested was to speak out against the sexual abuse of Adivasi women. It was to commemorate the lives of two young Adivasi women who were physically and sexually assaulted by the Chhattisgarh police and subsequently took their own lives.

In the last few weeks Hidme Markam recorded a video message for Survival, in which she describes the way Adivasi women are treated in India. She said: “They’re being beaten every day, they’re being jailed every day. Every day, wherever our women go, they face the same kind of abuse. The only possible way forward is for all women to be united, for our water and forests, for our lands – to save them from mining.”