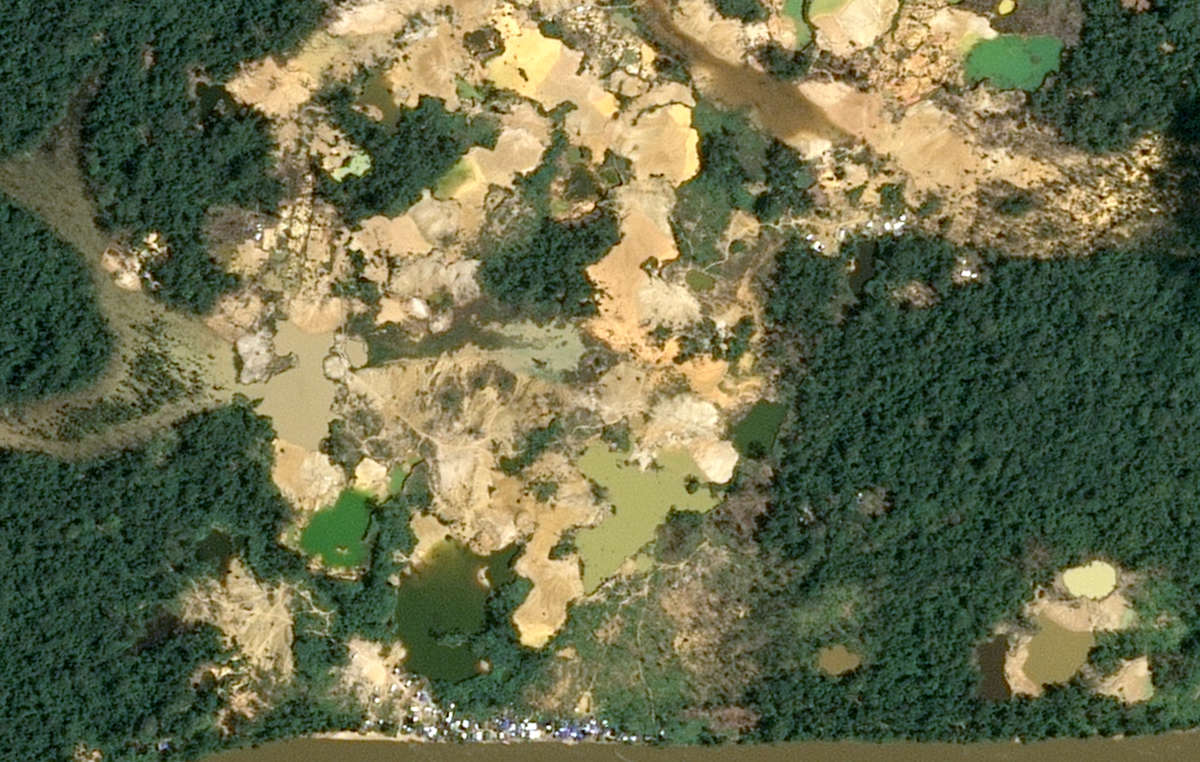 Hutukara Yanomami Association reports that on May 16, 15 boats full of miners opened fire on the community and hurled tear gas canisters at them. The Yanomami report suffering from burning eyes and choking on the gas.

The attack follows an earlier assault on the same community on May 10, when one Yanomami was wounded, and several miners were injured. Footage filmed by a Yanomami captures the miners opening fire from their boat at a group of Yanomami on the riverbank. Several boats full of miners continued to fire at the Yanomami for the next 30 minutes.

In the chaos of the attack many Yanomami children fled into the forest to hide. Two days later the bodies of two children, aged one and five, were discovered floating in the river where they had drowned.

Eight Yanomami representatives from Palimiú travelled to Boa Vista, the state capital, to denounce the attack and to demand the authorities investigate it. In a press conference held on May 15, they expressed their anger at being abandoned by the state.

Timóteo Palimithëri said: “We are exhausted and barely able to hold out. Please, it’s urgent, don’t you see? The police and FUNAI have to be strong… If the army and police don’t act now many Indigenous people will certainly die.”

In a letter to the police, community leaders denounced the terrible impacts of the mining activities: “The goldminers have been here since 2012 and to date, 578 Yanomami have died from poisoning, yet not a single measure has been taken to stop this. They are destroying our rivers, polluting the water, fish and all the animals. We have serious health problems. We can no longer bathe in the river and both adults and children are losing their hair because of the toxic chemicals they pour into the river.”

Since February the community of Palimiú has repeatedly asked the authorities to remove the miners. The miners’ attacks this week were reportedly in response to the refusal by the Yanomami to let them collect fuel, quadbikes and equipment they had left there to supply their illegal mine upstream.

There are an estimated 20,000 goldminers working illegally in the Yanomami territory.

Concerns are growing for the safety of uncontacted Yanomami communities, one of which is in a region where miners are operating: the miners reportedly attacked their community in 2018. 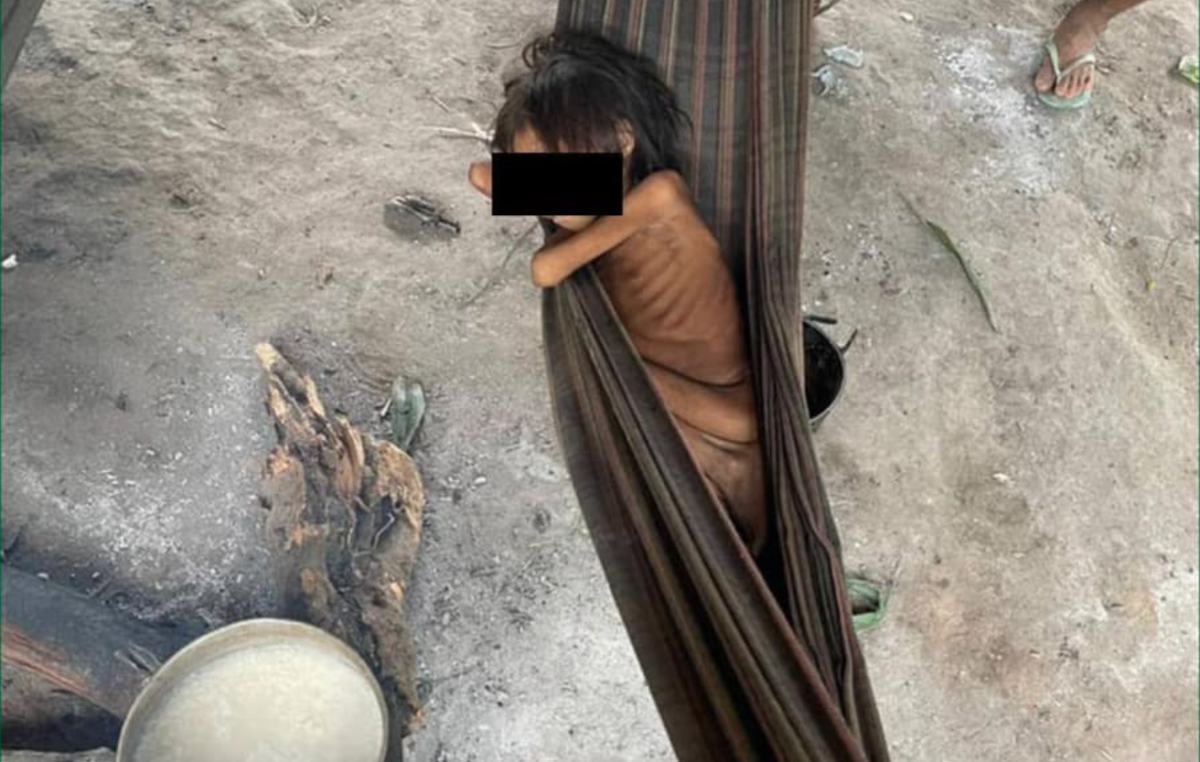 A humanitarian crisis is engulfing the Yanomami, who are already reeling from high rates of malaria (in 2020 the Indigenous health department registered 20,000 cases of malaria) and Covid-19, a lethal combination which is devastating their health and ability to feed themselves.

This is graphically illustrated in a photo, taken on April 17, of a severely malnourished Yanomami child suffering from malaria, pneumonia and dehydration.

The government’s genocidal policies and criminal neglect are killing the Yanomami and other Indigenous peoples in Brazil. Please support the Yanomami in their protest.