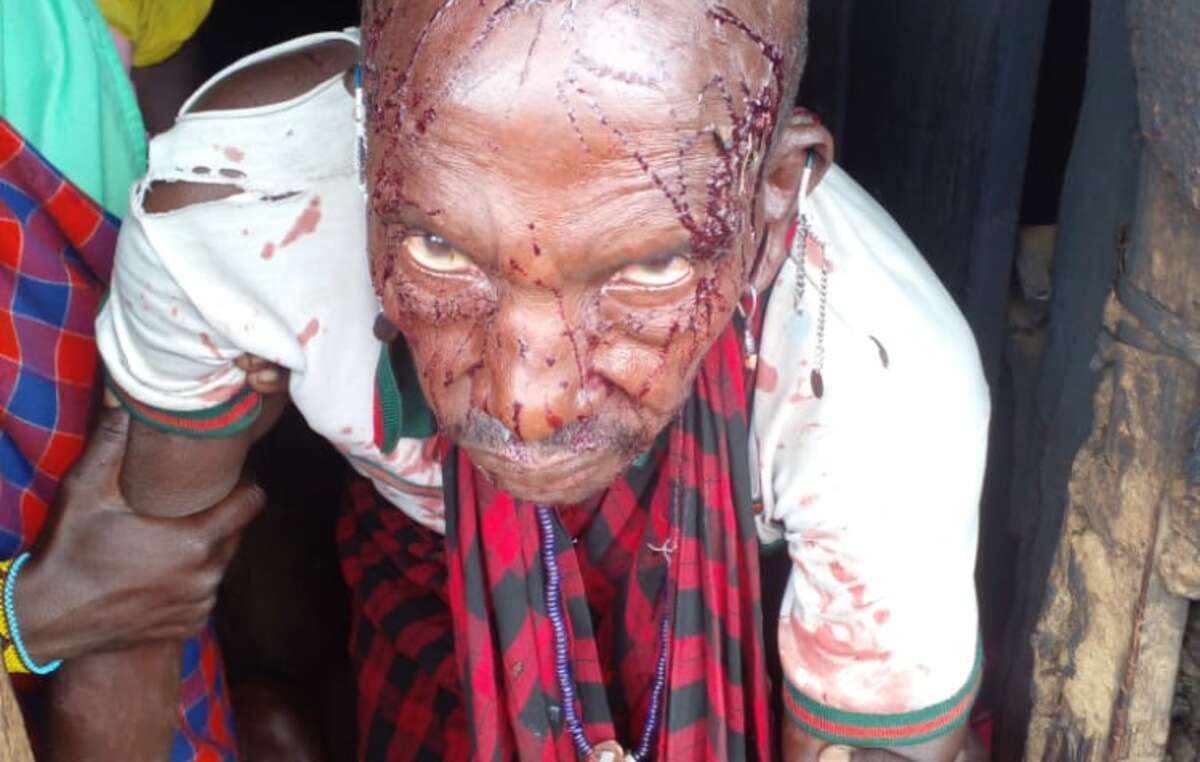 Thousands of Maasai people have fled their homes and escaped into the bush following a brutal police crackdown on protests against government attempts to evict them to make way for trophy hunters and conservation.

On June 8 dozens of police vehicles and an estimated 700 officers arrived in Loliondo, N. Tanzania, near the world-famous Serengeti National Park, to demarcate a 1,500 km2 area of Maasai land as a Game Reserve. On June 10 they fired on Maasai protesting at efforts to evict them: at least 18 men and 13 women were shot, and 13 wounded with machetes. One person is confirmed dead.

Videos and photos widely shared on social media show a deadly and indiscriminate attack on the protesters.

Now, police are going house-to-house in Maasai villages, beating and arresting those they believe distributed images of the violence, or took part in the protests. A man aged 90 was beaten by police because his son was accused of filming the shooting. In one village alone at least 300, including children, are reported to have fled into the bush. A dozen people have been arrested.

The violence of the last few days is the latest episode in a long-running effort by Tanzania’s authorities to evict Maasai from their land in Loliondo for safari tourism and trophy hunting. The United Arab Emirates (UAE)-based Otterlo Business Company (OBC) — which runs hunting excursions for the country’s royal family and their guests — will reportedly control commercial hunting in the area.

A Maasai leader who is remaining anonymous for his own safety, said: “Our government has decided to unleash the full power of the military to oust us from our land, leaving many injured by gunshots, children roaming in the bush, and we have moved to sleep in the bush. The government is refusing to treat the injured. Many people are without food. And this is our ancestral land. This is barbaric to take our land for luxury hunting of the UAE leaders.”

Another Maasai man told Survival: “I love this place because it’s my home… They want our land because we have water sources, and we have them because we protect them. We have been living with wildlife for generations.

Germany is a major funder of conservation projects in Tanzania, and is heavily involved in shaping conservation policies in the country that have led to thousands of Indigenous people being evicted. Frankfurt Zoological Society funds wildlife rangers and officers, some of whom the Maasai allege have been involved in the latest evictions.

Fiore Longo of Survival International said today: “What’s going on in Loliondo is rapidly turning into a humanitarian catastrophe, one that reveals the true face of conservation. The Maasai are being shot just because they want to live on their ancestral lands in peace – and all to make room for trophy hunting and “conservation.” Many Maasai facing violence today were also evicted from Serengeti in 1959, by British colonial officials, so what’s currently going on is really just a continuation of the colonial past.

“This violence that we see in Tanzania is the reality of conservation in Africa and Asia: daily violations of the human rights of Indigenous Peoples and local communities so that the ‘rich’ can hunt and go on safari. These abuses are systemic and are built into the dominant model of conservation based on racism and colonialism. The theory is that humans – especially non-whites – in Protected Areas are a threat to the environment. But Indigenous Peoples have been living there for generations: these territories are now important nature conservation areas precisely because the original inhabitants took such good care of their land and wildlife. We can no longer turn a blind eye to human rights abuses committed in the name of ‘conservation.’ This model of conservation is deeply inhumane and ineffective and must be changed now.”

Note to Editors: The Tanzanian government is attempting to create a 1,500km2 game reserve out of ancestral Maasai lands. It will be set aside for trophy hunting (under the control of Otterlo Business Corporation), conservation and wildlife safari tourism.