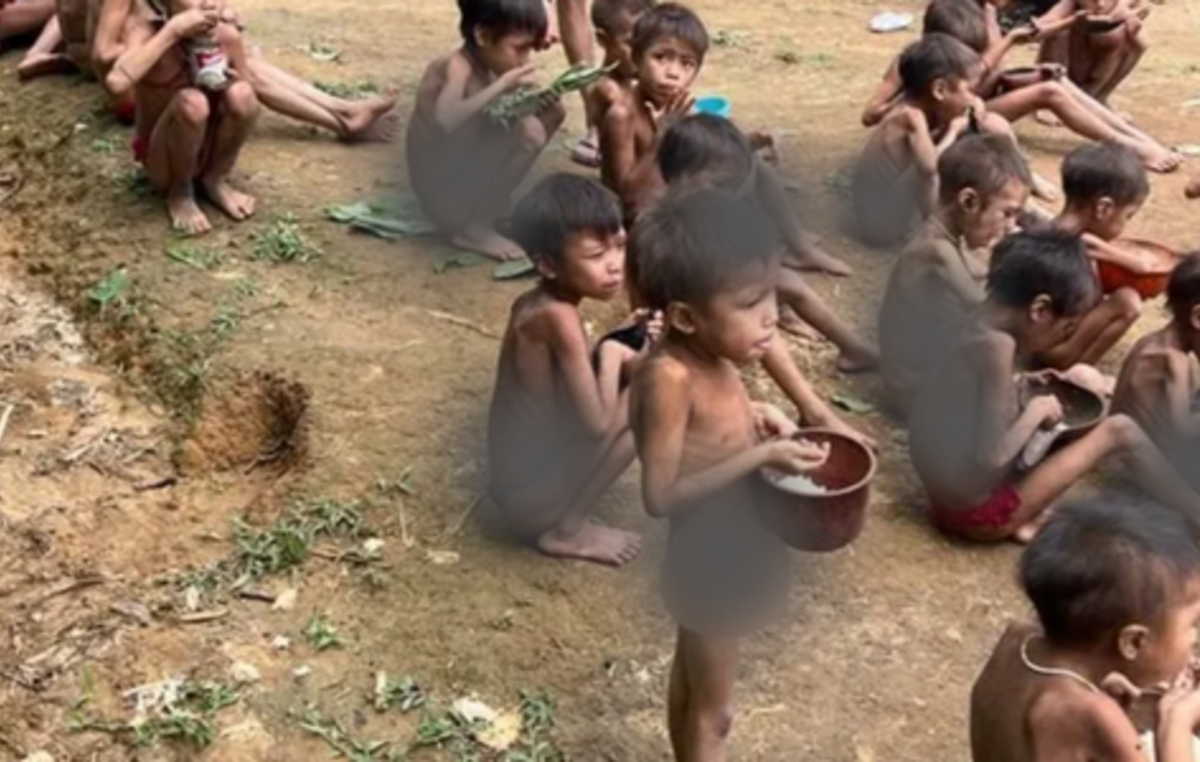 A devastating new report has revealed the full extent of the crisis in the Yanomami territory caused by a massive invasion of illegal goldminers:

- Yanomami children are dying from malnutrition at a rate 191 times greater than Brazil’s average.

- Deaths of Yanomami children under five from preventable diseases are 13 times the national average.

Other data published recently emphasize the scale of the emergency afflicting the Yanomami:

- A study by UNICEF and Fiocruz reveals that eight out of ten Yanomami children under the age of five in the regions of Auaris and Maturacá have chronic malnutrition.

New photos released by the Yanomami health organization Urihi show desperately malnourished children and adults in villages of the Surucucus region. Just two weeks ago, goldminers attacked and destroyed a health clinic serving several Yanomami communities – it had already been abandoned by health workers, who feared an attack.

Junior Hekurari Yanomami, President of the Yanomami Health District, says this is a “humanitarian crisis” and that the Yanomami “are weeping [for their dead] every day and every night. They have been mourning for months…. There are no medicines and no permanent health care.”

Survival International’s Director of Research and Advocacy Fiona Watson, who has worked with the Yanomami for more than thirty years, said today: “It’s impossible to overstate just how unprecedented and appalling the situation in the Yanomami territory is now.

“The Yanomami rarely suffer from malnutrition in normal circumstances. Their forests are bountiful; they are experts at growing, gathering and hunting everything they need, and they enjoy excellent health.

“This is a deliberate, man-made crisis, stoked by President Bolsonaro, who has encouraged the mass invasion and destruction of the Yanomami’s lands. Their rivers and fish are now polluted with toxic levels of mercury, criminal gangs control access to many of the communities, the Yanomami are being attacked, raped and killed, and their children are literally starving to death.

“It’s absolutely vital that as soon as he takes office President-elect Lula acts immediately to prevent the Yanomami from being wiped out. He needs to send in emergency health teams, and evict the miners. And then ensure they don’t come back. There is absolutely no room for delay.”

1. The first two health statistics above come from a new report by A Publica, using official health data obtained through Freedom of Information laws.

2. Illegal gold miners have also been spotted very near a community of uncontacted Yanomami, and a newly-constructed illegal mining road has also been discovered.